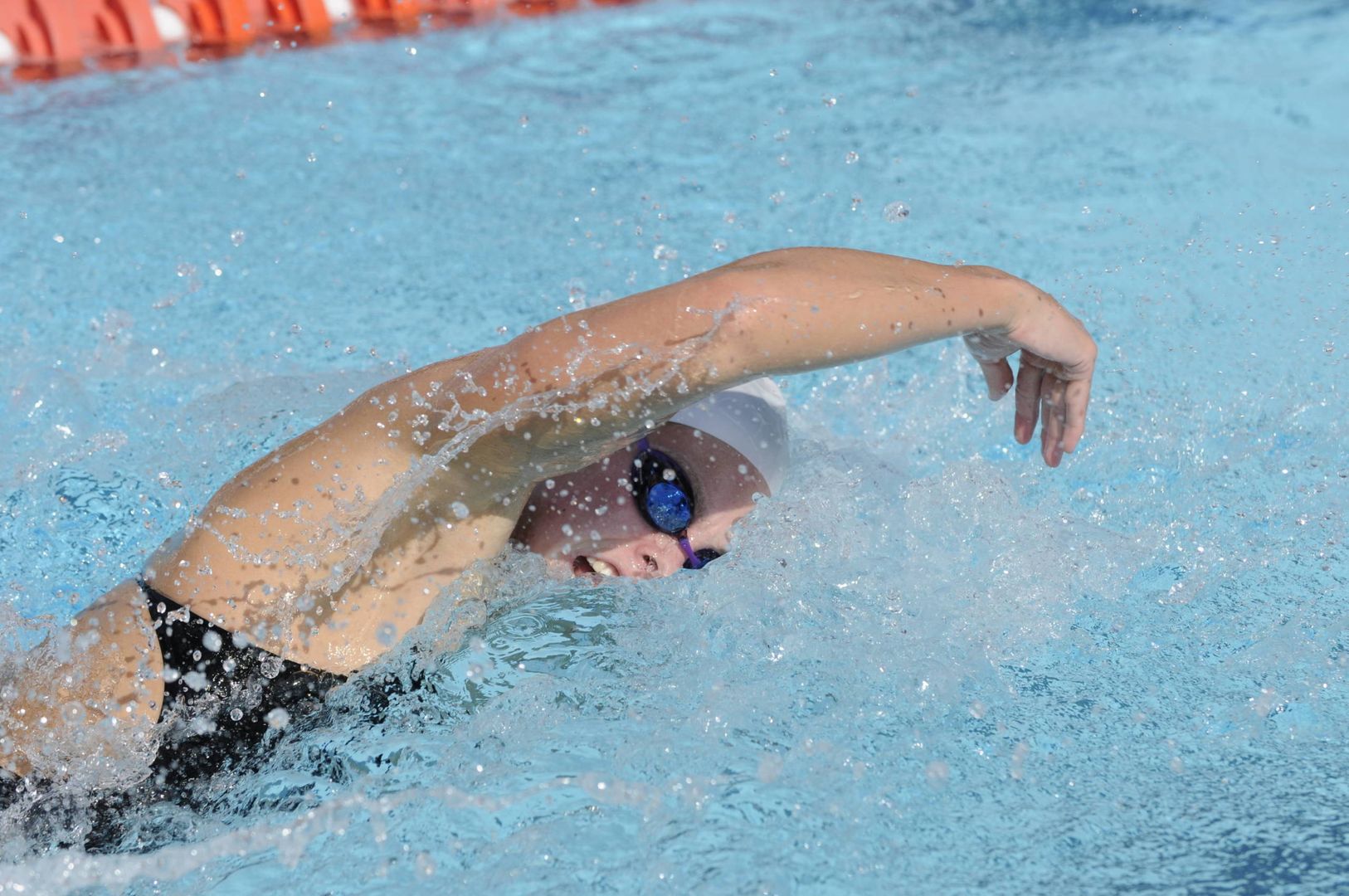 OMAHA, Neb. — With a qualifying time of 25.52 seconds in the 50M freestyle event, Kelsi Hall advanced to Sunday night’s semifinals of the U.S. Swimming Olympic Trials at the CenturyLink Center.

Hall, who earned a spot in the trials after an All-American performance at the NCAA Championships in Auburn, Ala. earlier this spring, was one of only 16 swimmers to make the cut after a strong showing Sunday morning.

“I’m super excited. I saw my time and thought I might not be able to make it back tonight,” Hall said. “I’m just happy to have a second chance and swim a lot faster.”

The Yorktown, Ind. native, who became the first All-American swimmer under Head Coach Christie Shefchunas at Miami, was one of over 150 competitors in Sunday’s 50M preliminary trials. Despite the pressure of competing on a national stage, both Hall and Coach Shefchunas emphasized the importance of remaining calm and focused.

“She handles it all like a professional,” Shefchunas said. “We’re absolutely thrilled to be coming back tonight, and can’t wait for the opportunity.”

After her performance, Hall described the importance of maintaining composure despite the added distraction and build-up.

“The event goes by so quickly, in less than a minute it’s all over,” Hall said. “So it’s nervewracking. You have to make sure you stay focused while you’re in it.”

Tonight’s semifinal round can be seen on NBC live from the CenturyLink Center. For more from the Olympic Trials, click HERE.