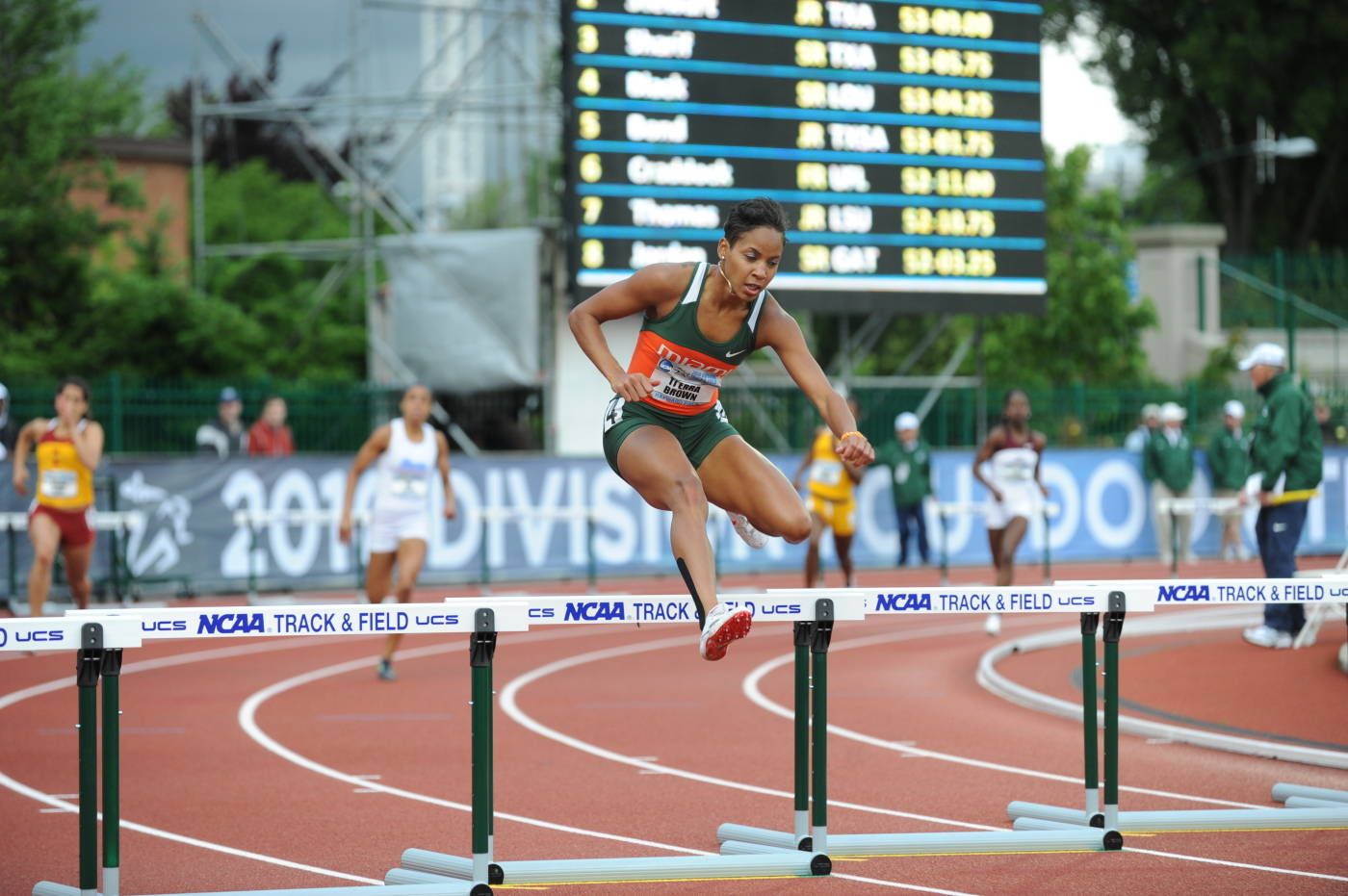 EUGENE, Ore. – Former University of Miami track standout T’erea Brown punched her ticket to the Olympic Games in London by finishing third in the finals of the 400m hurdles on Sunday at Heyward Field on the campus of the University of Oregon. She becomes the fifth Hurricane to qualify for the Games so far.

“I don’t even know,” she told NBC regarding how she felt about qualifying. “I’m glad its over, this was all very stressful. However, I did what I had to fight coming home and earn the spot.”

Needing to finish in the top three of the competition to make Team USA, Brown did that with a strong finish to clock in at 54.81 – her best time in three races at the Trials.

Brown was the first Hurricane to ever win a USA Title at the 2010 U.S. Outdoor Track and Field Championships and also won first place in the 400m hurdles at the 2011 NCAA Championships. The Hampton, Va., native was also named the ACC Women’s Outdoor Track Performer of the Year following her senior season last year. She wrapped her illustrious collegiate career at UM with seven All-America honors.

The hurdler will be coached in London by UM Director of Track and Field Amy Deem, who is the head coach of Team USA at the Games.

Fellow Hurricanes Dominique Darden also ran in the finals of the 400m hurdles in lane eight, coming in eighth place with a time of 55.89. The placing did not qualify her for the Olympics.