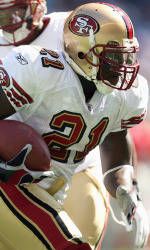 CORAL GABLES, Fla. — The Monday Morning ProCanes report will weed through all the NFL highlights and news to bring you the information you care about the most… what the former University of Miami Hurricanes did during the week prior. The Pro Canes have faced a tough stretch of injuries early on in 2011, but have managed to keep their impressive NFL touchdown streak intact with standout performances from countless contributors every week. It was Carolina Panthers tight end Greg Olsen who officially ended the suspense in the second half of his team’s matchup with the New Orleans Saints on Sunday, stretching the Pro Canes streak to 144 consecutive regular season weeks with a former Hurricane in the end zone. After a dynamic week four, three Hurricanes in particular stood out for their dominant play in week five:

Jimmy Graham (New Orleans Saints): 8 receptions, 129 yards
Jimmy Graham continued his scintillating start to the 2011 season with another key performance in the Saints 30-27 win over the Carolina Panthers. Graham, matched up against a pair of Hurricane legends at tight end (Greg Olsen and Jeremy Shockey), showed yet again why many consider him among the league’s most lethal weapons. The emerging sophomore star, after recording 129 yards on eight receptions, now finds himself fourth in receiving yards (496) and tied for second in receptions (32) on the season. Graham became the first tight end to post three straight 100-yard games since Tony Gonzalez posted four in a row with the Kansas City Chiefs in 2000.

Frank Gore (San Francisco 49ers): 20 carries, 125 yards, 1 touchdown
The San Francisco 49ers, off to a hot start so far in 2011, can thank running back Frank Gore for jumpstarting the team’s offense in a 48-3 rout of the Tampa Bay Buccaneers. Gore, who was approaching the 100-yard mark by halftime, finished the game only two yards short of a season-high (125). The two-time Pro Bowler punched in a second-quarter score that increased the 49ers lead to 21-3, and his elusive running helped San Francisco control the ball throughout the game. Gore, who has had strong back-to-back performances, currently ranks fourth in attempts (94) and eighth in yards (400) among running backs in 2011.

Willis McGahee (Denver Broncos): 16 carries, 125 yards
The Denver Broncos, in need of dynamic playmaking for the 2011 season, found perhaps the steal of the off-season in free agent signing Willis McGahee. The 29-year old, who took hold of the starting running back position after a week one injury to Knowshon Moreno, had his personal best performance since Week 17 of the 2009 season with 125 yards on the ground against San Diego. Despite the Broncos 29-24 loss at the hands of their division foe, McGahee once again demonstrated the type of power running that defined his career early on in both Buffalo and Baltimore. McGahee has made a quick return near the top of the NFL leader boards, and is now ranked eighth in rushing yards (384) and tied for seventh (85) in carries on the young season.

With another highly anticipated Monday Night Football showdown looming, week five is not yet over for former Hurricanes. The Chicago Bears (Devin Hester, Brandon Meriweather) will square off against the Detroit Lions (Jason Fox) on Monday night at Ford Field in Detroit. Kickoff for the game is set for 8:30pm on ESPN.