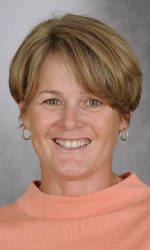 INDIANAPOLIS – The United States Olympic Committee and USA Track and Field (USATF) announced today that the University of Miami’s Director of Track and Field Amy Deem has been selected as the women’s head coach for Team USA’s track and field squad for the 2012 Olympic Games in London.

“This is not only an honor, but a testament to 20 years of raising the bar both at the University of Miami and within the track and field industry,” said Miami Director of Athletics Kirby Hocutt. “Head coach Amy Deem is an inspiration to the student-athletes at THE U and will fulfill the same standards with the US Olympic Team.”

Deem has built the school’s track program from modest beginnings into one of the nation’s elite.

“It is a very special honor to represent our country on the biggest international stage,” said Deem. “I am extremely humbled by this opportunity that I have been given by USA Track and Field and the US Olympic Committee. I look forward to the challenges of coaching the USA Track and Field team in 2012. “

Most recently, Deem guided the current UM senior and five-time All-America selection Ti’erra Brown to a U.S. National Championship in the 400m hurdles this past summer.

The Hurricanes have boasted at least one All-American in each of the last 19 seasons and have claimed seven BIG EAST and ACC Outdoor Track and Field Championships.

Now in her 20th season at Miami, Deem has continually raised the bar for the track and field program each season.  Under Deem, the Hurricanes have become a fixture at the NCAA Championships, scoring at 18 of 19 NCAA Indoor and Outdoor Track and Field Championships since 1992.

Deem, who served as the head women’s coach for Team USA at the 2007 World Outdoor Championships in Osaka, Japan, served three seasons (1998-2000) as the Event Coordinator for Sprints and Hurdles for the USA Track and Field Coaches Education Program and in 2001 served as head coach of the USA Junior National Team that competed in England and Scotland.  In the summer of 2003, Deem served as the Explosive Events Coach (sprints and hurdles) for the United States at the Pan American games in Santo Domingo, Dominican Republic, guiding Lauryn Williams to the gold medal in the 100-meters. In addition, the United States swept the gold medals in the 4×100-meter relay and 4×400-meter relay for the first time since 1987.

Deem joins diving coach Randy Ableman as the only current coaches at the University of Miami with head coaching experience at the Olympic level. Ableman was the head coach for the Republic of South Africa in 2008 and was a member of the Team USA coaching staff for the 1996, 2000 and 2004 Olympic Games.