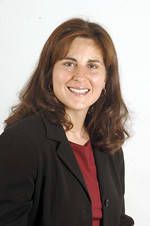 “I’m so thrilled to add such a quality coach and person to our program,” said Coach Meier, who embarks on her third season with the Hurricanes in 2007-08. “Lynn Bria is one of the most loved and respected coaches in the business, and brings us so much experience and knowledge. Her enthusiasm for coaching and teaching is unmatched. I know my staff and I are excited to have someone with her breadth of knowledge to bounce ideas off of, and we are excited about broadening our recruiting contacts as well.

“Bringing Lynn into the fold adds even more excitement to the upcoming season, and I look forward to seeing our players progress and put together a successful year.”

Bria brings 17 years of coaching experience to Coral Gables, including 13 years as a head coach. She most recently served as an assistant coach and recruiting coordinator at West Virginia University during the 2006-07 season – advancing to the second round of the NCAA Tournament, following seven years (1999-2006) at the helm of the Ohio University women’s basketball program.

At Ohio, Bria helped mold seven All-MAC selections, including 2005 MAC Sixth Man of the Year Simone Redd and 2006 MAC Freshman of the Year Rachel Frederick. Bria guided the Bobcats to the MAC Tournament quarterfinals four times, and wrapped up her stint there as the second-winningest coach in program history.

Prior to her tenure at Ohio, Bria was the head women’s basketball coach at the University of Central Florida for three years from 1996-1999. She led the Golden Knights to their second-ever NCAA Tournament appearance after winning the Atlantic Sun regular-season and tournament titles in 1998-99, compiling a 20-10 overall record and a 13-3 mark in league play.

A native of Charleston, West Virginia, Bria was a two-sport star before graduating from the University of Charleston (W. Va.) in 1990. As a senior, she earned First Team All-West Virginia Intercollegiate Athletic Conference honors in basketball, following back-to-back seasons as an honorable mention selection. Bria and the Golden Eagles advanced to the NAIA National Tournament twice in basketball and once in tennis, where she earned all-conference accolades as a senior. Bria was inducted into the University of Charleston’s Athletic Hall of Fame in 2003.

Bria replaces two-year assistant coach Angie Hembree, who left the Hurricanes in April to return to her hometown of Atlanta.