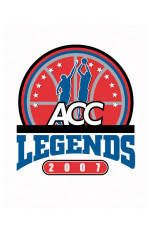 Hebert-Truax, the Hurricanes’ fourth all-time leading scorer and member of the University of Miami’s Hall of Fame, will join 11 other women from the conference to be honored at the 2007 ACC Women’s Basketball Tournament, held in Greensboro, North Carolina, March 1-4.

The four-year letterwinner helped the Hurricanes to several firsts in her career, including the University’s first appearance in both the NCAA Tournament (1989) and the Women’s National Invitation Tournament (1990). She was also named a Freshman All-American by Women’s Basketball Yearbook in 1988-89, set Miami’s single-season assist record (221) as a senior, and finished her career second in career assists (694) and starts (119).

A native of Alaska, over the last 12 years Hebert-Truax has worked as a math teacher and varsity basketball coach at Wasilla High School in Wasilla, Alaska. She has guided her team to six 20-plus win seasons and to six-straight region titles, earning Region III Coach of the Year honors three times and state Coach of the Year accolades in 2000-01.

The Legends will be recognized during the annual ACC Legends Luncheon as well as on the court at halftime of each semifinal game on Saturday, March 3. The ACC Women’s Basketball Legends program honors past players from each of the ACC’s twelve schools who have added to the league’s rich tradition. Miami head coach Katie Meier was selected to the 2006 class for her contribution to the Duke women’s basketball team.