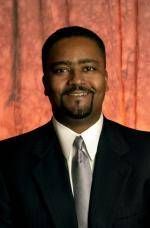 Coral Gables, Fla. (www.hurricanesports.com) – Athletic Director Paul Dee announced today that Frank Haith, 38, has been named the University of Miami’s 11th head men’s basketball coach. Haith comes to Miami having worked at several of the country’s top programs under some of the nation’s elite coaches.

“Frank is an outstanding individual and an extremely knowledgeable basketball person,” said Dee. “He is in my opinion the top assistant coach in the country and has proven to be one of the nation’s top recruiters. Growing up in North Carolina and serving as an assistant coach at Wake Forest he is obviously knowledgeable about the ACC and its basketball tradition. Off the court he has also been active in his community wherever he has been.”

University of Miami President Donna Shalala added, “Frank is obviously an outstanding coach. But I was also struck by his commitment to academics and making certain that the athletes he recruits are committed to graduating.”

In his 16 seasons as an assistant at the collegiate level, programs at which he has coached have won one NIT Championship, advanced the NCAA Sweet Sixteen three times, reached one Elite Eight and one Final Four.

“I am honored and excited to be the head coach at the University of Miami, and would like to thank Paul Dee and President Donna Shalala for giving me this tremendous opportunity,” said Haith. “All the pieces are in place for this to be a very successful basketball program. The University is located in a very dynamic city and has an excellent academic reputation. The Convocation Center is a wonderful new building and entering the ACC next season makes this a very exciting time for this institution and the basketball program.”

Haith spent the last three seasons at the University of Texas under head coach Rick Barnes, and was promoted to Associate Head Coach in April 2003. In his three seasons in Austin, Haith helped guide Texas to its winningest three-year period in school-history.

“I don’t think that Miami could be getting a better family than the Haith family to lead their basketball program into the Atlantic Coast Conference,” says Barnes. “I’ve been fortunate to be around a lot of good people in this business, and Frank is right at the top of this list. The fact that he grew up in ACC territory, he understands where the Miami program is right now and what has to be done. People talk about work ethic, recruiting and leadership when they talk about coaches. What Miami will soon learn is they just got the whole package. I see this hire as a great fit and I wish Frank and his family the best as they move on.”

Texas is one of only five school’s to reach the Sweet Sixteen in each of the last three seasons joining Connecticut, Duke, Kansas and Pittsburgh. Prior to Haith joining the Texas staff the Longhorns had never made consecutive Sweet Sixteen appearances.

Haith was also responsible for recruiting the No. 1 recruiting class in the country this year including commitments from McDonald’s All-Americans Alridge, Gibson and Williams.

Haith also has experience coaching in the Atlantic Coast Conference. One month prior to coming to Texas, Haith had joined Dave Odom’s staff at the University of South Carolina after spending the previous four seasons under Odom at Wake Forest.

“Frank was on my first staff at Wake Forest,” said Odom. “He quickly gained my respect and the respect of his fellow staff members as a person who gave everything and asked for nothing in return. In his time with me, and I suspect his other stops along the way, he has been involved in very phase of building a successful basketball program: academics, recruiting, coaching, fundraising, scheduling, etc. and thus he is uniquely qualified to lead the University of Miami basketball program. I look forward to following his team’s progress as they begin their first season in the Atlantic Coast Conference. I’m very proud of Frank and all his accomplishments. I am happy for Frank, his family and the University of Miami and wish them all the best.”

While at Wake Forest, Haith was instrumental in helping lead the Demon Deacons to four consecutive postseason tournament appearances, including an NCAA first round showing in 2000-01. He also helped Wake Forest secure one of the nation’s Top 10 recruiting classes during the 1999-2000 campaign.

Prior to joining the staff at Wake Forest, Haith served one year as the associate head coach at Texas A&M (1996-97). He spent one season (1995-96) as an assistant coach at Penn State, helping the Nittany Lions to a 21-7 record. Penn State was ranked as high as No. 9 in the national polls before placing second in the Big Ten Conference regular-season standings and earning the school’s first NCAA Tournament bid in 31 years.

Haith worked three years (1992-93 to 1994-95) as an assistant coach at Texas A&M and helped the Aggies secure back-to-back recruiting classes that were ranked in the Top 30 in the country during his final two seasons in College Station. In 1993-94, Texas A&M posted a 19-11 mark, finished second in the Southwest Conference regular-season standings and reached postseason play (NIT first round) for the first time in seven years.

He started his full-time coaching career by serving two years as an assistant at UNC-Wilmington (1990-91 to 1991-92). He also worked as a graduate assistant coach at Wake Forest for one season (1989-90) during Odom’s first year in Winston-Salem.

Haith graduated from Elon College in North Carolina in 1988 with a Bachelor’s Degree in Physical Education. A Dean’s List student, he served as a student assistant coach for two years. Following graduation, Haith worked as a part-time member of the Elon coaching staff while teaching in the public schools at nearby Western Middle School. During his three-year association with the Elon coaching staff, the Fighting Christians (now called the Phoenix) enjoyed two 20-win seasons.

Born November 3, 1965, Haith is a native of Queens, N.Y. but grew up and went to high school (Western Alamance) in Burlington, N.C. He and his wife, Pam, have one son, Corey. Pam serves as program coordinator for the Center for African and African-American Studies at The University of Texas.