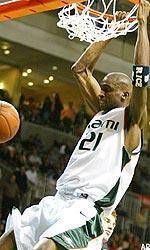 Coral Gables, Fla. (hurricanesports.com) – University of Miami senior forward Darius Rice (Jackson, MS) has been named one of 30 preseason candidates for the 2003-04 Naismith College Basketball Player of the Year Award.