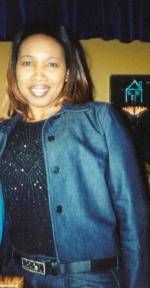 Coral Gables, Fla. (www.hurricanesports.com) — Growing up in Bradenton, Florida, Chountelle Bullock loved being with her family, hanging out in church and playing basketball.

“I started playing basketball in the fifth or sixth grade. The coach from Bradenton Southeast High School would come over and organize the games. I played volleyball too, but I remember being very aware, even at 11 or 12 years old, that basketball would be my ticket out into the world.”

An excellent student as well as a standout basketball player, the affable Chountelle had scholarship offers from numerous schools. Not being a ‘cold-weather girl’, her final choices were the University of Miami, Florida, Georgia and the University of South Florida.

“I am from an extremely close-knit family,” Chountelle says. “In high school I would have 40 to 50 relatives at each of my basketball games. Since I am the oldest of four children, my stepfather would always tell me how I had to set a good example for the younger kids. I thought about that a lot, and how much I would miss my mom and the rest of my family. [Former UM head] Coach Lin Dunn recruited me to Miami, and I really liked her. I wanted to play for her so bad! But I didn’t want to be that far from home, so I signed with the University of South Florida.”

Chountelle spent her freshman year on the USF hoops team, but realized it wasn’t for her. After the year was over Chountelle knew she was ready to leave home. When she called UM Coach Dunn told her that she was still wanted as a Lady Cane, and Chountelle was thrilled.

“I was so happy to know that she still wanted me to play for Miami. Even though I knew I’d have to sit out a year because I was transferring to another Division-I school, it was okay with me. It was worth missing a year of playing to go there.”

Chountelle transferred to UM and moved into an on-campus apartment with three teammates, Hope Butler, Toni McGraw and Colleen Ruddell. Known for her great rebounding skills, she picked the number 34 jersey in honor of her favorite player, Charles Barkley. Chountelle felt that her skills were improving even without game minutes, because she went up against [UM Hall of Famer] Maria Rivera every day in practice.

“Maria was the toughest player to defend against. She has to be the best point guard UM has ever had! I have a lot of respect for the way Coach Dunn ran practices. I can still hear her voice across the floor, that big voice with the Southern drawl!”

“The football players were very protective of us,” Chountelle remembers, a smile in her voice. “They took us under their wing. Mike Irvin, the Blades brothers, Melvin Bratton and Jerome Brown; we would hang out with those guys a lot. When we went out at night they wouldn’t let other guys get too close to us! Tracy Waiters was from my high school so we go way back. We’d all get together, even in the summertime. And then there was [current UM defensive coordinator] Randy Shannon–he was the ultimate prankster. Everybody called him ‘Onion’ back then. I think about all of the fun we used to have together. Whenever we all see each other, like when Melvin got married, we just smile and laugh.”

Since she didn’t have games to prepare for during her mandatory sit-out year, Chountelle worked out with the team and studied hard, majoring in Business Administration and Finance. Entering her junior year Chountelle was ready to show off her rebounding skills, and show Coach Dunn that the faith she put in her was not misplaced. But, after nine years as associate athletic director and women’s basketball coach, Lin Dunn moved on to Purdue. This was hard on Chountelle then, and emotional for her to think about even now:

“Coach Dunn recruited me out of high school, and I really wanted to play for her. She is a woman I completely respect. When I called and asked her for a second chance to come to Miami, she gave it to me. I learned so much by the example she set, the way she carried herself with so much integrity. I owe Coach Dunn so much, I don’t know where I’d be if it wasn’t for her,” Chountelle says. “It brings tears to my eyes just thinking about her now.”

Chountelle loved playing at the Knight Sports Complex gymnasium, which is adjacent to the Hecht Center.

“Games in the Knight Gym were great. We were winning a lot of games and had terrific fan support, especially after two 20-win seasons in a row. The football players would come out and watch us play, and the baseball team too. That meant a lot to us. Here they were-the football team was national champs in 1987 and baseball finished #1 a year later. And they came out to support us and cheer for us.

Since I graduated I’ve worked at two other universities and I can tell you first-hand, that other schools definitely do not have that ‘Canes thing, that ‘family’ feeling. The camaraderie between the athletes–and not just those in your own sport–is pretty much unique to UM. At Miami the athletes all cared about each other and supported each other. The sports are more separate at other schools. You feel the difference at UM. We [the basketball team] would go to football and baseball games together and yell as loudly for them as they did for us.”

Each year the women’s basketball program would play a handful of games at the Miami Arena. Chountelle says the feeling there was different than in the cozy confines of the on-campus gym.

“When we would play games at the Miami Arena it was a different vibe. The Arena was so big it was just overwhelming. The excitement level to be playing there was more like a championship game feeling each and every time we played. I remember the first game there, I had the same feeling that I had in the [Florida high school] state championship game.”

Memories of her playing career include trips to play in holiday tournaments. Having never traveled farther from home than Atlanta, being a Hurricane meant visiting Arizona, the Midwest and the Northeast. Asked about away games, one thing sticks out in Chountelle’s memory:

“We used to be mistaken for models all the time! For away trips we would dress up to travel, and in airports people would come up and ask us if we were there on a modeling job. We were tall women in dresses and pumps-we didn’t look like jocks! When we’d say, ‘No, we’re basketball players from Miami,’ people were always shocked.”

After earning her bachelor’s degree, Chountelle’s professional life began by working at the University of Miami. She then took her marketing skills to Tropicana Products, back home in Bradenton. Her next career move was to Georgia Tech, where she worked in development for the Yellow Jackets. Chountelle also worked part-time for the Atlanta Hawks as a member of their game-day marketing operations team. However, after working in Atlanta for three years, she decided it was time to return to Florida.

“I had my daughter, Jalyn, in 1999. I wanted to go back home and have her around my family as much as possible. My mother and stepfather, Delphine and James Mapps, set such a good example we kids are still really close. All of my siblings are in the military–my baby brother James leaves for Iraq next month! I feel so completely blessed as a person to have this great family that I wanted to bring my daughter up in this environment, so I started looking for job near my hometown.”

To set up a move back to the Bradenton area, Chountelle looked at online job postings and found a job at the University of South Florida that seemed like a perfect match for her.

“I realized while working at Georgia Tech that I love development (fundraising). My personality really fits the work. It’s all about listening to people and finding out what someone’s needs are. I also feel a debt to those who helped me with my athletic scholarship, so this is a way to give back. You don’t realize when you are in high school or a college athlete that the money funding your scholarship, dorm fees and books is from someone in the community who has given money. You think your scholarship is completely from the school or athletic department, that there is all this money lying around. But it just isn’t so.

I am the Assistant Director for USF’s annual fund for athletics and I really love it. When people ask why they should give I shake their hand and say, ‘You are touching your gift 20 years from now.’ The impact a donor can have on someone’s future is limitless. I let our corporate sponsors and individual donors know that giving to the athletics annual fund is about more than just priority seating at games. It is about an opportunity to change someone’s life. They are providing someone with an education and all that comes along with that, such as self-assurance. Sports and playing basketball has given me confidence. And playing a team sport helps you be a team player at work and in life. This is what an athletic scholarship can develop in a person: the life skills to be successful.”

Chountelle loves her life in Southwest Florida, but looks forward to visits to the Coral Gables campus. She will be traveling with the USF basketball team this year when they play for the first time in the UM Convocation Center, and Chountelle can’t wait to see the facility. She may have started college life at the University of South Florida and fundraise for them now, but a big part of her heart and soul still belong to the Hurricanes.

“I was at an event for USF and afterwards my boss and I were walking out to the parking lot together. He saw my car and more specifically, my license plate. I had a Hurricanes tag! He told me that UM tag had to go, that I couldn’t continue to raise money for University of South Florida with a University of Miami license plate on my car.”

Chountelle got with the program and replaced her car tag. She has replaced her ‘Canes tag with a Bulls tag, as befitting a fundraiser for the University of South Florida. However, her keychain reveals her true colors: green and orange.