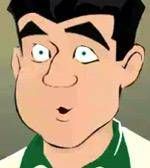 Hurricane Fans Will Be 'Blown Away' By New Basketball Campaign

‘Get Blown Away’ Campaign: Send In Your CommentsGet Your Hurricane Gear Here

CORAL GABLES, FL (hurricanesports.com) – The University of Miami Hurricanes are set to let loose another wave of excitement with its 2002 basketball advertising campaign. This multi-media campaign spreads the message that the Hurricanes are back, mightier than ever, and ready to take it to the paint inside the new home of Hurricanes basketball – the Convocation Center, located in the heart of the Coral Gables campus.

Launching throughout the greater Miami area on October 1st, the campaign includes television, radio, and print advertising that can also be viewed online at hurricanesports.com. It is as exhilarating as the highly popular 2002 Hurricanes football campaign, which suggests the team possesses super-heroic capabilities. Like the football campaign, the basketball television commercial features state of the art animation sequences. It depicts an unsuspecting fan entering the new Convocation Center and selecting his seat, only to be taken on a whirlwind ride that places him directly on the stadium floor – face to face with the action.

The UM basketball campaign, as well as the football campaign, was created by MARC USA’s Miami office. “This campaign is incredible,” said Perry Clark, head coach of UM men’s basketball. “I predict it’s going to encourage immense local pride in the teams, and that’ll translate into stronger play on the court.”

Ferne Labati, head coach of the UM women’s team, agreed, adding, “We’re going to find returning fans more excited than ever to come to games. And I’m sure we’ll see a lot of new fans out there, especially with the Convocation Center opening soon.”

On January 4, 2003, the Hurricanes will play their first game inside the Convocation Center, against the North Carolina Tarheels. Along with its 7,000-seat capacity and striking contemporary appearance, the Convocation Center offers the much-anticipated benefits of a Coral Gables campus location. The team’s present home court is the Miami Arena.

Men’s and women’s season tickets can be ordered by calling 1-800-GO-CANES. Those interested in more information or to schedule a tour of The Convocation Center, should contact the UM Athletic Department at (305) 284-4475.