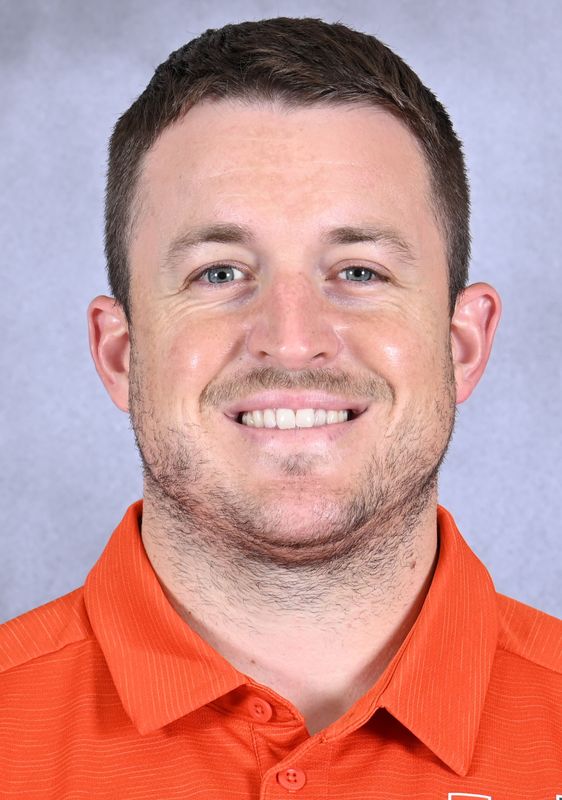 Ronnie Regula enters his first season as a quality control analyst on offense for the Hurricanes in 2021.

Regula returns to his alma mater after spending the previous season as an offensive quality control coach with the Tennessee Volunteers. Regula arrived at Tennessee after serving as the Tight Ends coach at UNLV in 2019.

Regula’s collegiate playing career began at Mount St. Joseph University in Cincinnati, Ohio, before he transferred to the University of Miami. He went on to earn a scholarship and pair of letters for the Hurricanes on special teams and as a tight end. In 2014, he was the recipient of the “305 Walk-on Award” for most improved walk-on player. Upon graduation, Regula spent one semester working with the tight ends at Miami.

Regula has a bachelor’s degree in Sports Administration with a minor in Business Management from Miami (2015) and a master’s in Recreation and Sports Management from FIU (2016). He lives in Coral Gables, Florida with his wife Sami.