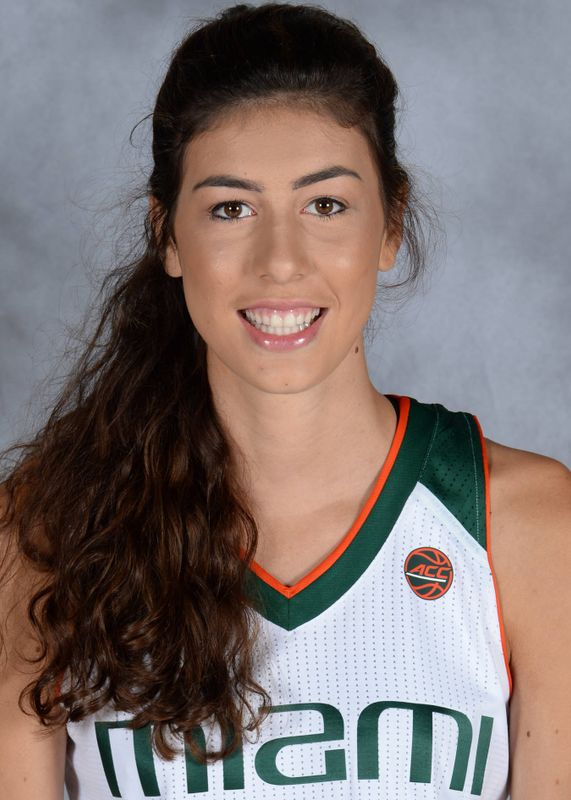 As a Sophomore (2017-18): Played in 27 of 32 games, including each of the first 13 … Averaged 2.7 points, 2.1 rebounds and 0.9 blocks in 8.7 minutes per game … Placed third on the team in blocks (0.9) and third (no min.) in field goal percentage (49.2) … Notched multiple blocks seven times, including six times in the first 13 games, with three-plus on four occasions … Tied for the team lead in most single-game blocked shots with four … Led or co-led Miami in blocked shots nine times … Paced all players with two blocks in the season opener versus FIU (11/10) … Set career highs in blocks (game-high four), free throws made (three) and free-throw attempts (four) against Vermont (11/12), making both her field goal attempts and totaling seven points in a then-career-best 18 minutes … Grabbed four rebounds at Colorado (11/18) … Notched six points against New Orleans (11/21) … Registered six points on 3-of-4 shooting versus Maine (11/24) … Logged her first-career assist against No. 15/15 Maryland (11/26) … Posted a team-best two blocks, plus made both her free throws and tallied five boards, versus St. John’s (12/3) … Scored a career-best eight points on a career-high four made field goals, as well as set then-career highs in rebounds (seven) and minutes (19) while leading all players with three blocks against Alabama State (12/15) … Set or tied career highs in points (eight), made field goals (four), rebounds (eight) and minutes (20) versus Sacramento State (12/18), also logging three blocks … Against Southern Illinois (12/20), notched multiple steals for the first time … Recorded a game-best three blocked shots against Bethune-Cookman (12/28), reaching that total for the third time in four outings, and tallied a career-high-tying two steals … In the win at Boston College (1/21), matched her top career mark with two steals and set a career high in ACC play with 17 minutes of action … Shot 3-of-4 and finished with six points, four rebounds and a co-game-high two blocks in the win over Pittsburgh (2/15).