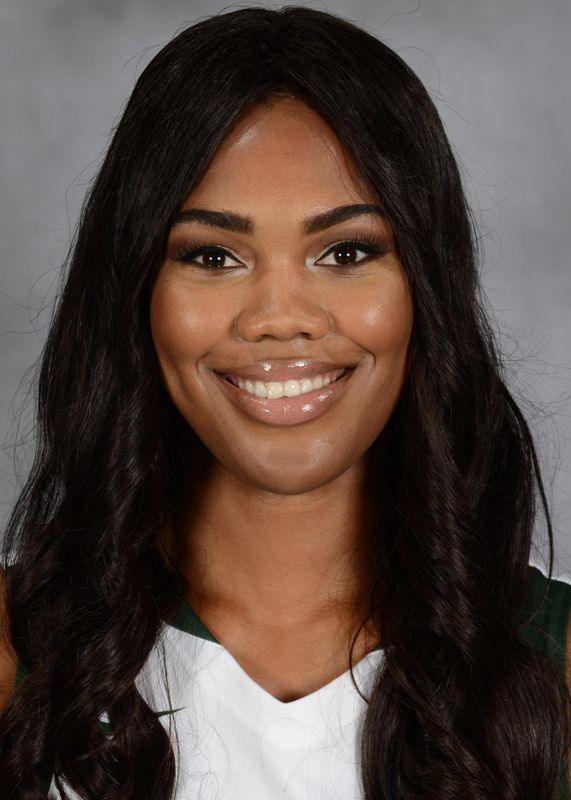 2013-13 (Junior): Transferred from Auburn University … Sat out season due to NCAA transfer rules.

2011-12 (Sophomore) : Played in all 30 games, starting in nine … Scored 105 points, averaging 3.5 per game … Had a season high of 12 points and neared a double-double with eight rebounds against Troy … Started and logged nine points, five rebounds, and two blocks in the season-opener at Mercer … Tied her season-high of eight rebounds at FIU … Pulled down 111 rebounds averaging 3.7 a game … Blocked a career-high seven shots at Duke, tying for 13th all-time at Auburn in single-game blocks … Her 57 blocks rank in a tie for third all-time among Auburn sophomores in single-season blocks … Finished the season ranked fourth in the SEC, 47th in the country, in blocks with 1.9 per game … Had five games with four or more blocks.

2010-11 (Freshman): Played in all 32 games, starting nine … All nine starts came in the final nine games of the season … Scored 118 points, averaging 3.7 per game; also pulled down 120 rebounds for 3.8 per game … Blocked 23 shots on the season, ranking her 10th all-time at Auburn in single-season blocks by a freshman … Made her collegiate debut in the season-opener against Mercer, scoring nine points with six rebounds, two blocks and two steals … Earned her first collegiate start at LSU, scoring six points with two rebounds and two blocks in 19 minutes … Came off the bench to score a season-high 13 points against South Alabama … Pulled down a season-high 12 rebounds against Alabama… Dished out a season-high two assists at Tennessee Tech in the WNIT … Blocked two shots in eight different games and tallied three steals each against Florida State, Ole Miss and South Carolina … Named to the SEC First-Year Academic Honor Roll and an Auburn Academic Top Tiger.