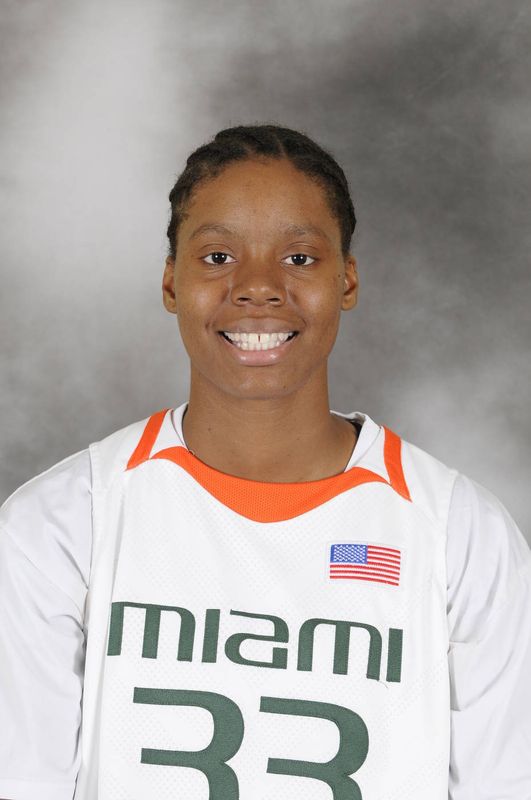 PRIOR TO MIAMI
Played basketball for one year at Trinity Valley Community College (Texas)… Among the NJCAA Region XIV’s leaders in both field goal percentage and scoring, averaging better than 10 points per game at higher than a 55-percent clip… Helped her team to the top of the regular-season standings in the conference with a 24-7 overall record and a 15-3 Region XIV mark… Played prep basketball for Kathleen High School and was named to the Florida Sports Writers Association Girls Class 4A Honorable Mention All-State Team as a senior in 2005… Four-time letterwinner.

PERSONAL
An English major, with aspirations to play professional basketball… Has two brothers and a sister.