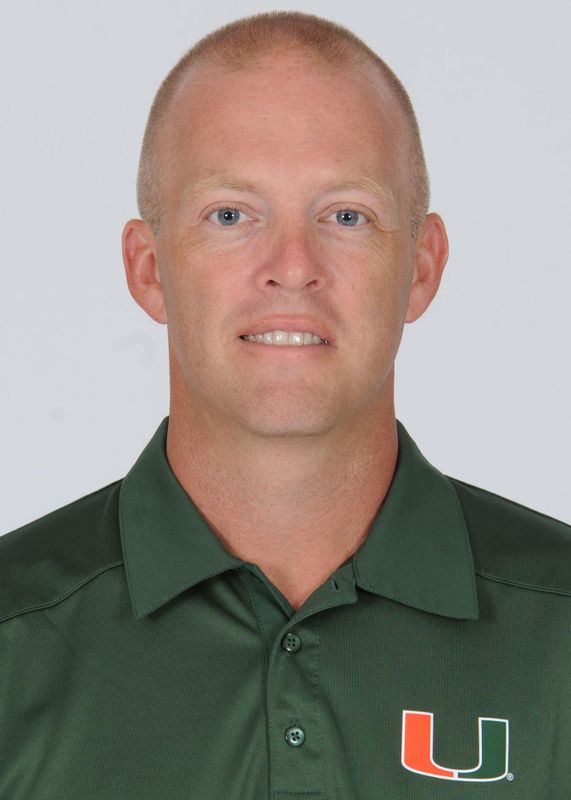 Andy Kershaw is entering his ninth year at the helm of the Miami Hurricanes swimming program in 2021-2022.

The Hurricanes have ascended towards the top of the Atlantic Coast Conference since Kershaw’s arrival to Coral Gables in 2013. As the head manager of the USA Swimming team for the past two Olympic Games (2012, 2016), Kershaw has provided Miami swimming with a wealth of domestic and international swimming experience.

In an impressive year for Hurricanes swimmers, Heather Arseth represented Mauritius at the 2016 Olympics, Roxanne Yu qualified for the World Short Course Championships as a Phillipine international, and Manon Viguier clinched a trip to the World University Games, where she will represent France.

Two swimmers – seniors Angela Algee and Christina Leander – represented Miami at the 2016 U.S. Olympic Trials, and Algee qualified for her second NCAA Championships under his guidance. Algee finished 38th in the 100 fly, 52nd in the 200 fly and 53rd in the 50 free nationally.

Outside the lanes, Kershaw has placed a heavy emphasis on academics; the Miami swimming team’s combined GPA of 3.5 in 2016-17 was the highest of any women’s team on campus. The Hurricanes earned NCAA Academic honors in the fall and spring semester, three swimmers earned NCAA Academic All-America recognition, and the Hurricanes swimming program compiled the second-most community service hours of any program in the country.

Miami’s win total increased in each of his first three years. As head manager of Team USA at the 2016 Olympics in Rio de Janeiro, the American swimming contingent hauled in a world-leading 33 medals, including 16 golds.

Kershaw joined the Hurricanes in the summer of 2013 after spending the previous 10 years with Southern Methodist University. After seven years as an assistant coach, Kershaw served as associate head coach and recruiting coordinator for his final three seasons with the Mustangs.

Kershaw has been a force for U.S. Swimming as head manager. In addition to serving in the role at the 2016 Olympics (Rio), he has been head manager for the 2015 World Championships (Kazan, Russia), 2012 Summer Olympics (London), the 2011 World Championships (Shanghai), the 2010 Pan Pacific Games (Irvine, Calif.) and the 2009 Duel in the Pool (Manchester, U.K.). Prior to his time with U.S. Swimming, he served as an assistant coach for the Slovenian national swimming team from 2004-06.

“I think he is an incredible person,” said Teri McKeever, who served as head coach of the U.S. women’s swimming team for the London Olympics. “He is very people-oriented, a great communicator, proactive and very driven. Andy is committed to the sport and to developing young people.”

During his time at SMU, Kershaw coached 79 NCAA All-Americans and helped the Mustangs finish in the top 25 in the country six times. The Mustangs had six Conference USA Swimmers of the Year and 35 NCAA Academic All-Americans under his watch. In 2012, Kershaw was recognized as Honorable Mention NCAA Assistant Coach of the Year bycollegeswimming.com.
Kershaw’s coaching career began as a student assistant for the men’s and women’s team at Ohio and continued in that role until 1998, when he became the graduate assistant for the 1998-1999 seasons. In 1999 he was hired as the head assistant coach for both programs, a role he served until 2003. As the assistant, he was primarily responsible for the distance group and oversaw the organization of the recruiting efforts. During his four years as the assistant, Kershaw helped lead the women’s team to back-to-back Mid-American Team Championships, while guiding two Ohio swimmers to NCAA All-America performances.

A native of Mansfield, Ohio, Kershaw earned a bachelor’s degree in psychology and a master’s degree in athletic administration from Ohio University. Kershaw and his wife Elizabeth have one daughter, Emma.