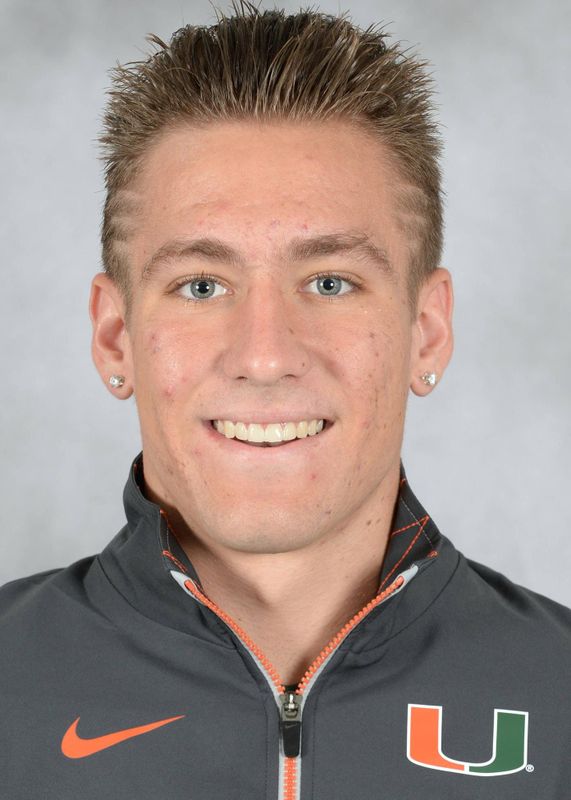 2015 Indoor: Competed in the 400m at the Nittany Lion Challenge … Member of winning men’s 4x400m relay at Nittany Lion Challenge that posted a time of 3:14.53 … Member of Miami’x 4x400m relay at the McCravy Memorial Meet that ran a season-best time of 3:12.78 that ranks fourth in UM history … Competed in the 400m at the McCravy Memorial Meet … placed third at the VT Elite Meet in the men’s 200m with a personal-best time of 21.70 seconds that ranks fifth in UM history … Finished seventh in the men’s 400m at the VT Elite Meet with a time of 48.77 seconds … Moved into fifth place in UM history in the men’s indoor 400m, posting a personal-best time of 48.21 seconds at the Tyson Invitational … Competed in the 400m at the ACC Indoor Championships

High School: Grant is the third Gatorade Arizona Boys Track & Field Athlete of the Year to be chosen from Brophy College Preparatory.

The 5-foot-11, 167-pound senior won the 200-meter dash with a time of 21.44 seconds and the 300-meter hurdles in 36.33 at the Division I state meet this season, leading the Broncos to third place as a team. Also the Boys’ Track Athlete of the Year as named by AZtrackXC.com and The Arizona Republic, Grant also captured third in the 110-meter hurdles in 14.11 at states and anchored the winning 4×400-meter relay that broke the tape in 3:20.47. His 300-meter hurdles time of 36.24 at the Northeast Valley Championships broke the state record and ranked as the nation’s No. 1 performance among prep competitors in 2014 at the time of his selection.

Also a football standout, Grant has maintained a 3.59 weighted GPA in the classroom. An active member of his school’s student council and intramural program, he has also volunteered on behalf of Homeward Bound, the Ryan House hospice facility for terminally ill children and Guatemala’s Nuestros Pequeños Hermanos orphanage.