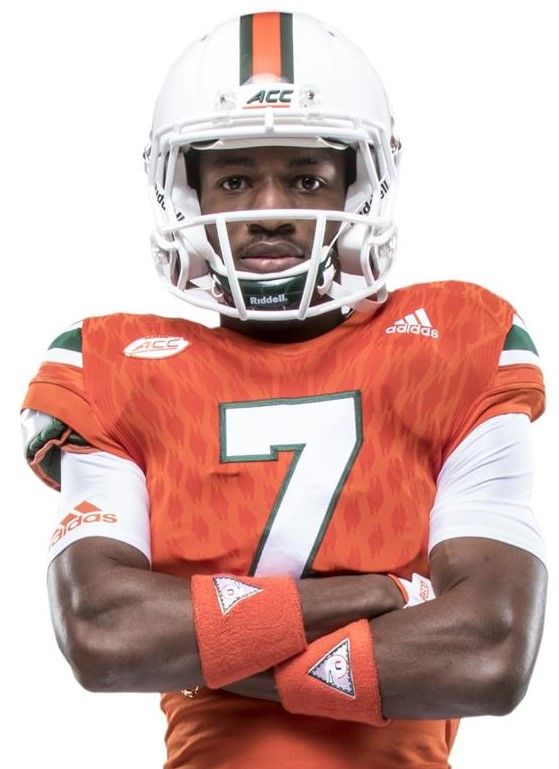 Consensus three-star prospect by ESPN.com, 247Sports.com and Rivals.com…Selected to the Miami-Dade North vs. South All-Star Game…Helped Northwestern win a Florida Class 6A state championship in 2017…Played both wide receiver and defensive back at Northwestern…Was Bulls’ second-leading receiver as a senior, catching 18 passes for 357 yards and two touchdowns and recorded an interception…A standout on the track, Bethel has personal-best times of 10.78 in the 100m and 21.57 in the 200m…Chose Miami over offers from Georgia, Florida, Louisville, Purdue and UCF, among others.