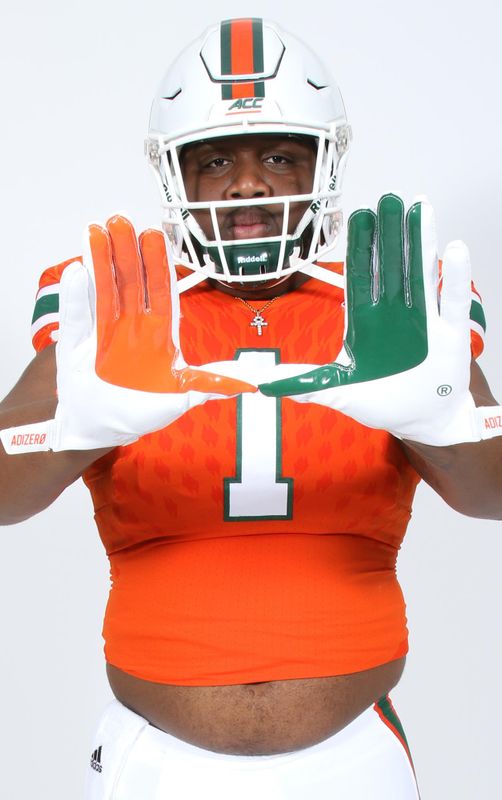 Widely regarded as one of the nation’s best defensive lineman…Rated as a consensus four-star prospect by ESPN.com, 247Sports.com and Rivals.com…Listed as the third-best defensive tackle, the 14th-best prospect in Florida and the No. 50 overall prospect in the country by ESPN.com…Ranked No. 2 at his position, No. 11 in Florida and No. 54 nationally by 247Sports.com…Rated the ninth-best defensive tackle and 26th-best player in Florida by Rivals.com…Helped guide Plantation American Heritage to back-to-back Class 5A state championships and 27 straight wins…Had a monster game in the state final, as he recovered a fumble, scored a touchdown, registered one tackle and collected a sack…Selected to the 2018 U.S. Army All-American Bowl in San Antonio…Named to the 2017 Sun Sentinel All-Broward first team…Anchored the defensive line with a team-best 79 tackles, 25 tackles for loss and 12 sacks in 2017…Participated in The Opening in the summer of 2017…Chose Miami over offers from Alabama, Florida State, Georgia, Auburn, Florida, Tennessee, Ohio State, Penn State and TCU, among others.