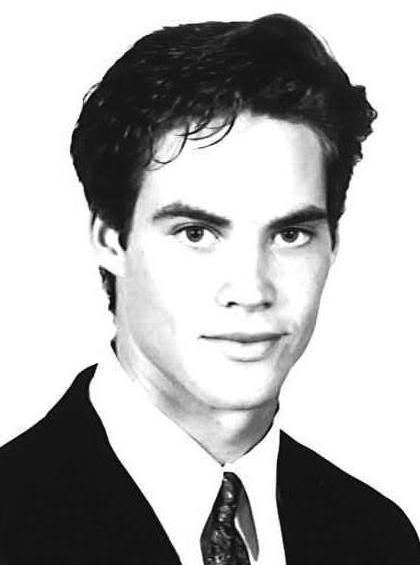 At Miami: Second-year sophomore who emerged as a steady rebounding force and clutch go-to-guy during his rookie season…is the strongest player on the UM squad…along with Trevor Burton, was voted by teammates as having the “Best Attitude” on the UM squad during ’89-90…signed a national letter of intent to come to Miami in the fall of 1988…is joined by Joseph Randon and Hammie Ward as the three Hurricanes hailing form the state of Texas.

As a Freshman (1989-90): Appeared in 26 contests and started 16, tying Samarr Logan for the most starts by a rookie last season…averaged 18 minutes of action at the “4” spot…hit on 47.1% of his field goal attempts (33 of 70)…had his first collegiate start vs. Arizona, hitting on three-of-five from the field for six points while pulling own three rebounds…steadily gained confidence and emerged as an inside force vs. Florida State-1 by hitting a career-high 14 points, including a clutch 13-foot jumper with four seconds on the clock to send the game into the second OT…also added six rebounds vs. the ‘Noles…led Miami’s rebounding effort vs. a much-taller Arizona State team with eight boards…suffered a mild concussion in the first half vs. Florida and did not return for the second stanza…came back to start two days later vs. Providence…vs. South Flordia-2, gave Miami its first tie with a strong layup with 1:58 remaining and then his on both ends of a one-and-one with 20 seconds left to build the Miami lead to six points…had a solid outing vs. Hartford with five points, six rebounds, three assists and two steals.

High School: North Shore… a four-year starter who was a major cornerstone of his team’s success that saw the win column grow from just six victories in his freshman season to 17, 20 and 21 wins in the next three years…led his team to the district runner-up spot and a berth in the state playoffs with a 21-12 final slate…was voted first-team all-district in both his sophomore and junior years, but was sidelined with a knee injury after 21 games of his senior year…rehabilitation has him certified back at 100%…was averaging 16 points and seven rebounds per contest prior to being injured…shot 55% from the field and 70% from the line, including 164 free throws made…an honor gradate who is in the top 25% of his class…was teammate of Ward’s on the postseason Houston Gold all-star team…coached in high school by Randy Weisinger.