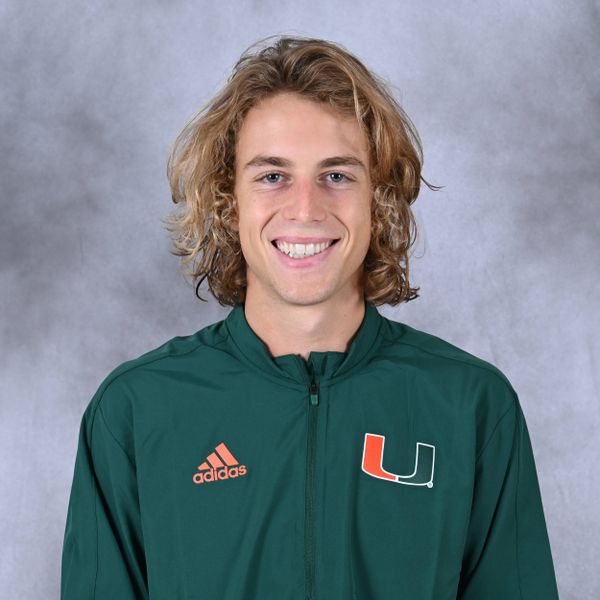 2021 Outdoor: Did not compete during the outdoor season.

2020 Cross Country: Was the first Cane to finish at the Mountain Dew Invitational with his time of 25:51.86 for a top-20 finish, ranking as the third-fastest time recorded by a Hurricane since 2014… Recorded a a personal-best time in the 8K at 25:37.8 at the FSU Invitational…Madden led the day as the first Cane to cross the finish line with his personal-best time of 25:15.1 in the men’s 8K, ranking as the ninth-fastest time in program history and is the first time a Cane has broken into the top 10 since 2017.

2020 Outdoor: Did not compete due to COVID-19, which canceled the season.

Personal: Son of Roger and Tracy Madden… Sister Carol Beth attended Kentucky University… Lettered and was on the Academic Honor Roll all four years while in high school… Holds his high school’s record in the 800m at 1:58.1… Helped his team win the cross country championship in 2015 and 2016… Was part of the track championships in 2016.