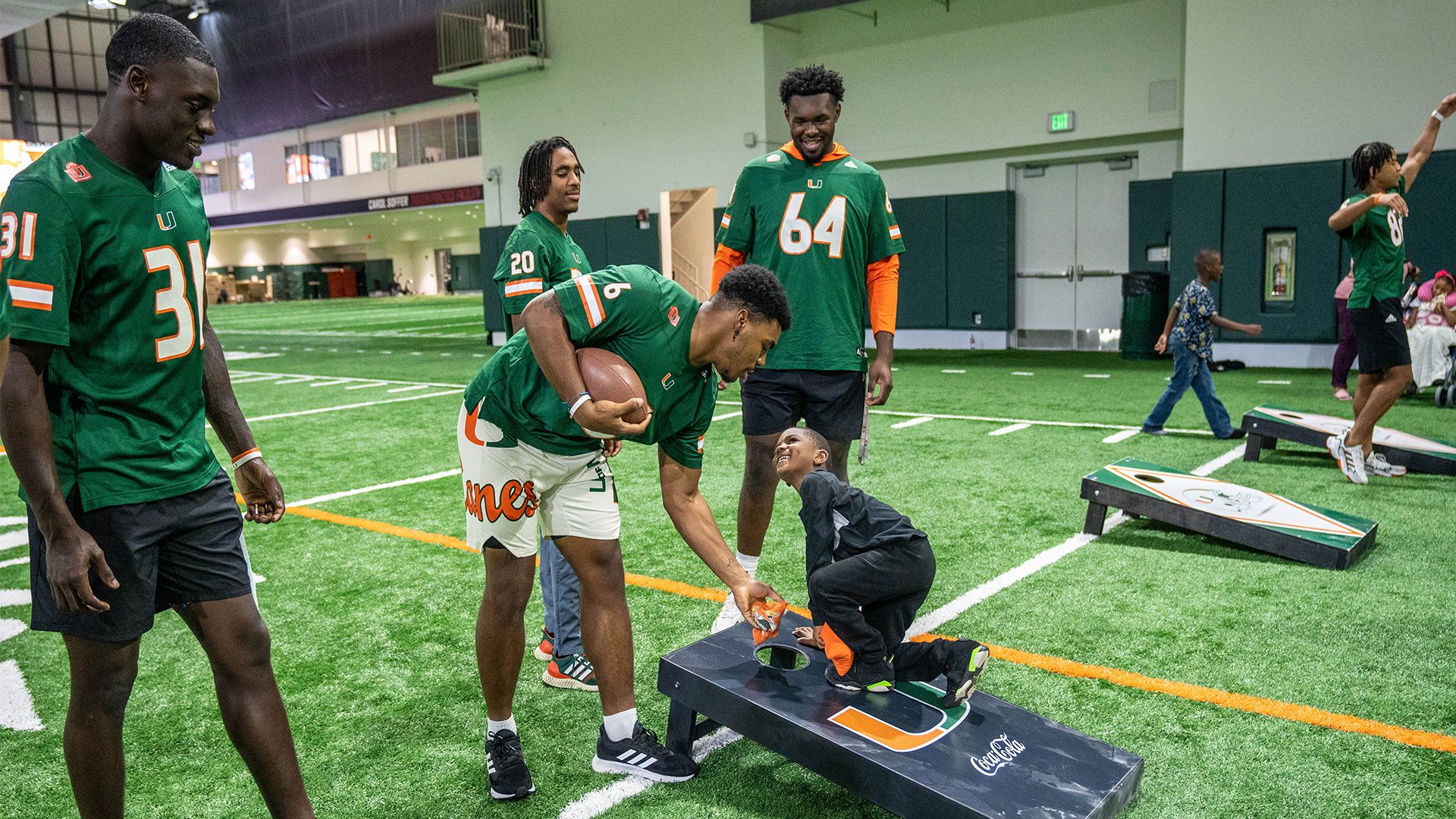 Miami earned the Division I award, with 100 percent of its 450-plus student-athletes participating in at least one community service activity. Pittsburgh and North Dakota finished second and third, respectively. This is the second time Miami has captured the NCAA Team Works Community Service Competition – the Hurricanes also took top honors in 2018.

“I am incredibly proud of our student-athletes and our student-athlete development staff for working together to win the NCAA Team Works Community Service Competition for the second time in four years,” Vice President/Director of Athletics Dan Radakovich said. “It speaks to the culture of service that lives here at UM, which our student-athletes have continually taken to heart.”

NCAA Team Works, which coordinates community service efforts at NCAA championships, and Helper Helper, a volunteer management and tracking platform, launched the community service competition to recognize student-athletes and schools who give back to their communities. This was the 10th year of the competition, which ran September 1 through December 15, 2022, and is based on the number of service hours completed and the number of participating student-athletes. Helper Helper tracks the school participation data throughout the competition.

Miami’s community service efforts during the 2022 Challenge included its Pen Pal program matching 86 student-athletes with students at local elementary schools; a Day of Giving when the football team delivered Thanksgiving meals to the Miami-Dade Foster and Adoptive Parent Association; an Operation Christmas Child drive for gifts to send to children in need overseas; and the swimming team giving free lessons for children at the South Miami Community Center.

For schools that opted into the challenge, their total service hours were 218,594 hours, more than double last year’s total. The estimated economic impact of those service hours was $6.5 million, based on the calculation by the organization Independent Sector of the national value of a volunteer hour.

The student-athletes at Miami, Georgian Court (Division II) and Oswego State (Division III) all will receive an award from the NCAA for winning the competition. 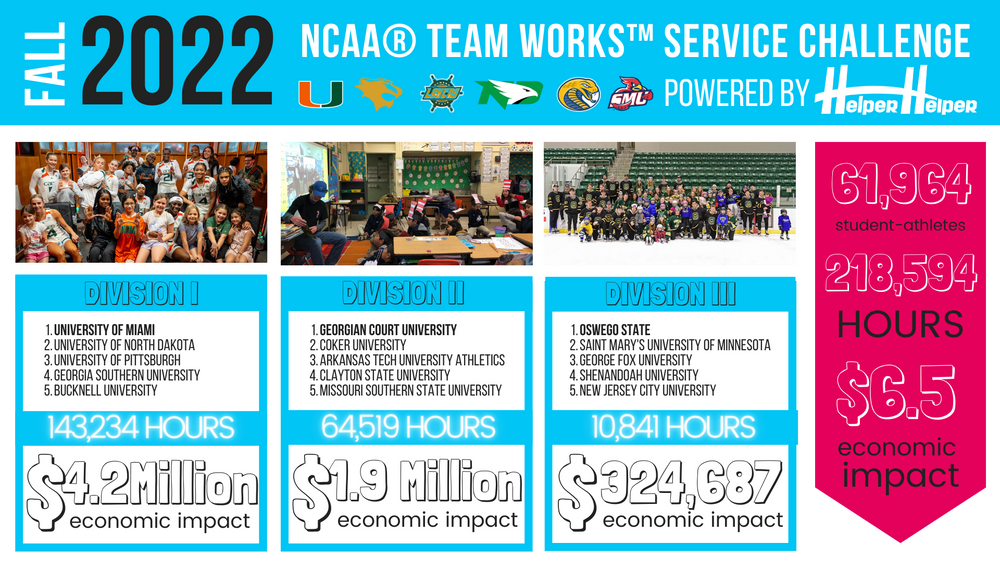