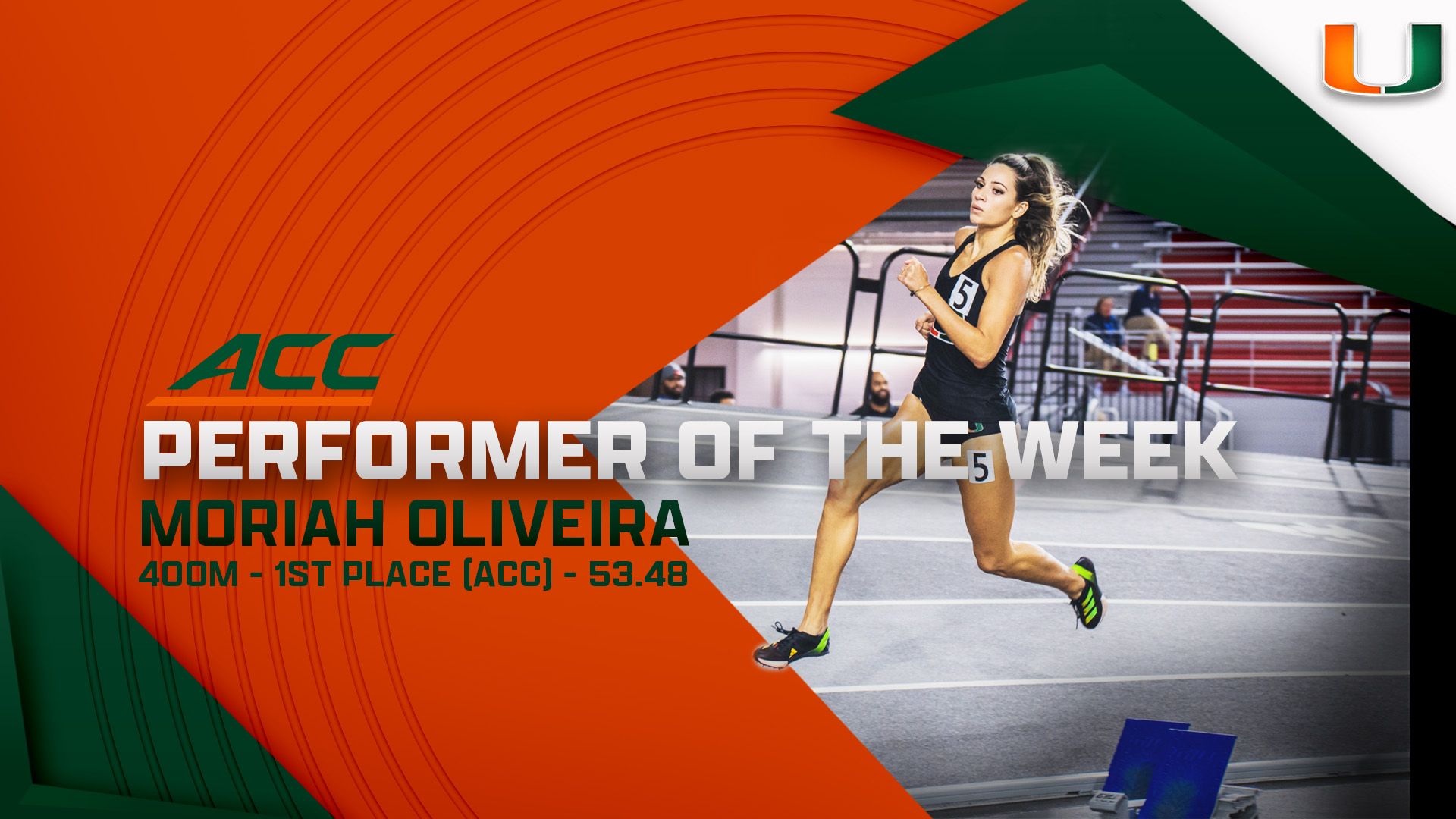 CORAL GABLES, Fla. – Junior sprinter Moriah Oliveira was awarded the ACC Performer of the Week this past Tuesday for her outstanding performance at the Cardinal Classic in Louisville, Kentucky.

The Fort Myers, Florida native left her competition in the dust on day one of the event, posting a time of 53.48 and placing first in the 400m dash. Moriah’s time was the fastest 400m dash in the ACC and ranked third on the national level.

The 4x400m relay team, comprised of Moriah Oliveira, Sierra Oliveira, Gabriella Grissom, and Sanaa Hebron, also placed second at the Cardinal Classic with a time of 3:33.51.

Oliveira will look to continue her hot start to the indoor season this weekend at the Red Rebel Invitational, hosted by Texas Tech, in Lubbock, Texas. 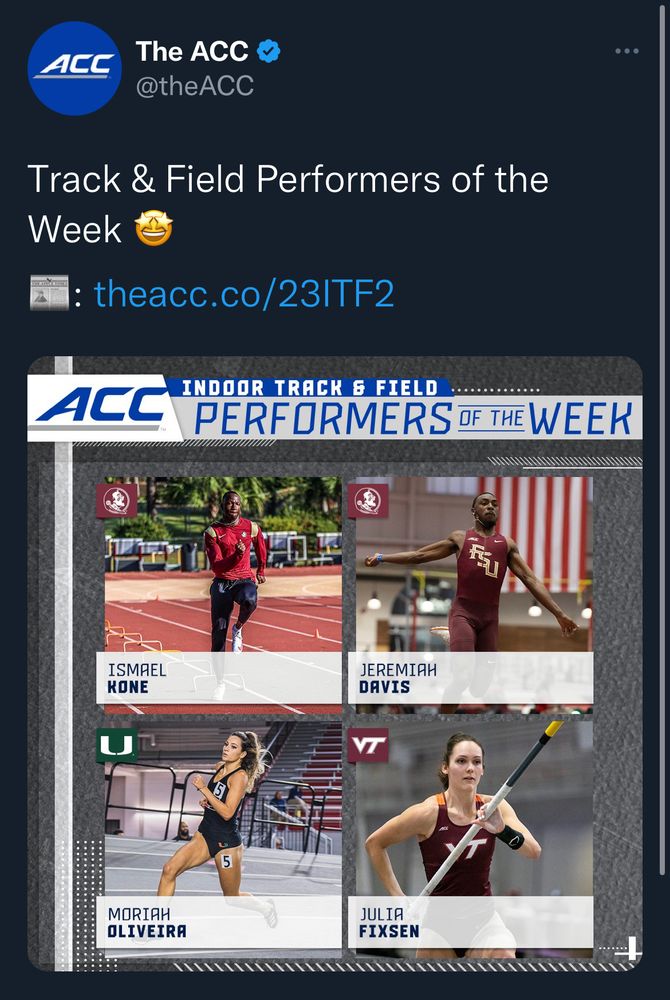