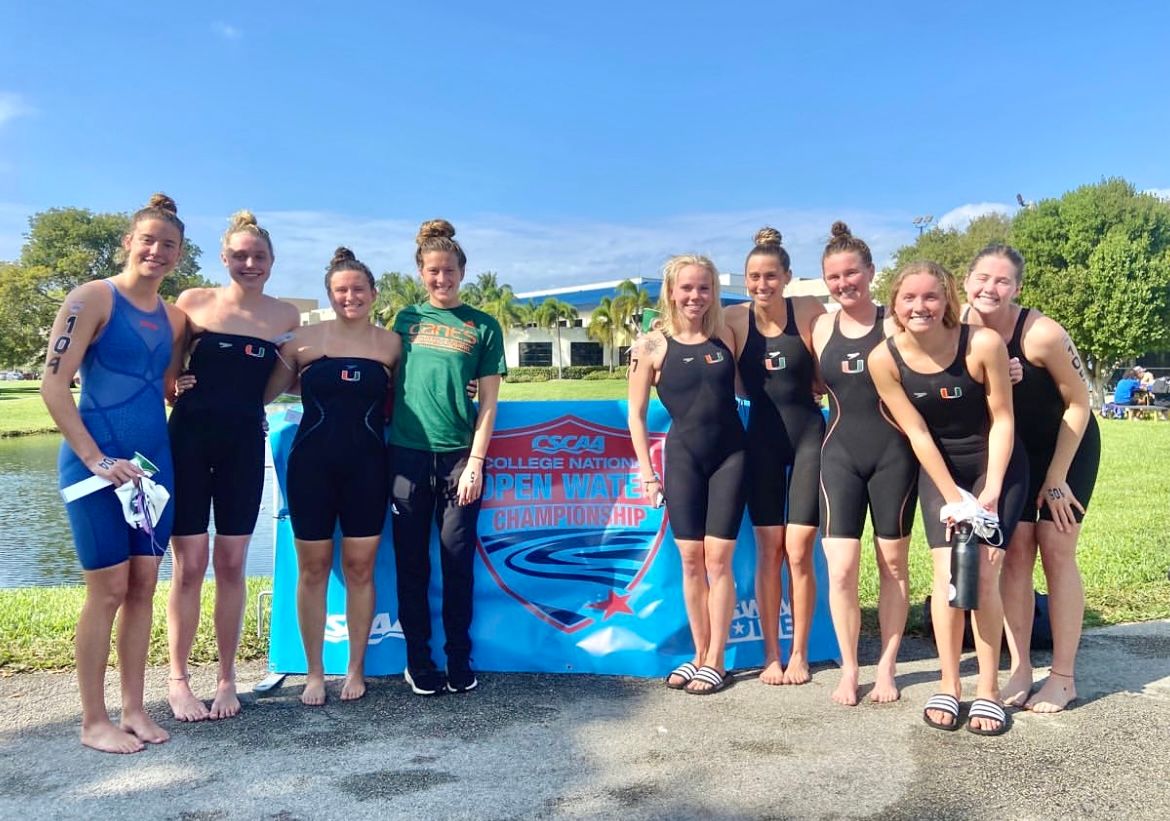 MIAMI, Fla. – On Sunday, Florida International University (FIU) and the College Swimming and Diving Coaches Association of America (CSCAA) hosted the College National Open Water Championships on the Biscayne Bay. This 5000m race consisted of nearly 250 student-athletes from more than 40 colleges and universities competing across all three NCAA divisions.

“It was the first time we’ve ever competed in an open water race,” Miami head coach Andy Kershaw said. “It was very exciting, and I’m so proud of the team’s performance. None of the team has too much experience with this type of race since it’s different than a pool race.”

“I’m very proud of the girls and our overall finish. Once we practice more in open water, I’m convinced they can win this race in the future,” Kershaw said.

Miami will resume competition at home at the Whitten Center Pool on January 4, against Boston College.