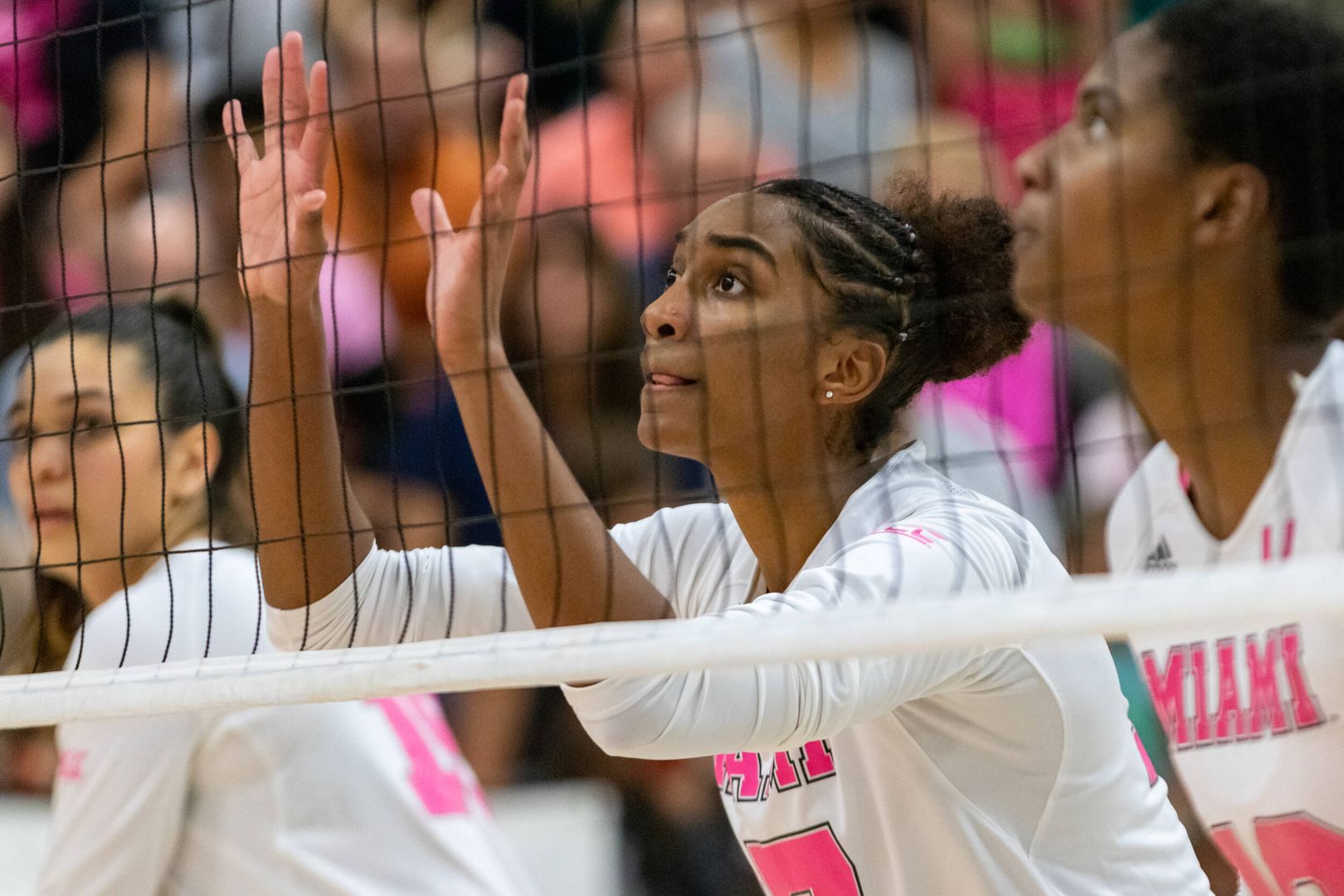 Outside hitter Angela Grieve and middle blocker Janice Leao picked up their second straight all-region recognition each, while setter Savannah Vach was recognized with the honor for the third straight season.

The trio adds to its postseason awards list with the designation, having each been selected with All-ACC honors in late November; Leao was a first-team all-conference honoree, while Vach and Grieve were designated second-team All-ACC.

The postseason honors keep coming for the Canes!

Congrats to this trio on being named @AVCAVolleyball East Coast All-Region.

Grieve made her second straight appearance on the All-Region Team after pacing the Hurricanes in points (488.5), kills (422) and kills per set (3.91) this season. Grieve also led the team in service aces (30) and service aces per set (0.28).

Leao earned her second career honor after starting all 30 matches for the Hurricanes as a senior. The New Bedford, Mass., native led the Hurricanes in both total blocks (143) and blocks per set (1.3) this season, while ranking second in the conference in both categories.

Vach surpassed the 4,000-assist mark in the regular season finale, becoming just the fourth player to do so in program history. She led the Hurricanes and ranked among the conference and national leaders with 1,159 assists this season, averaging 10.26 per set.