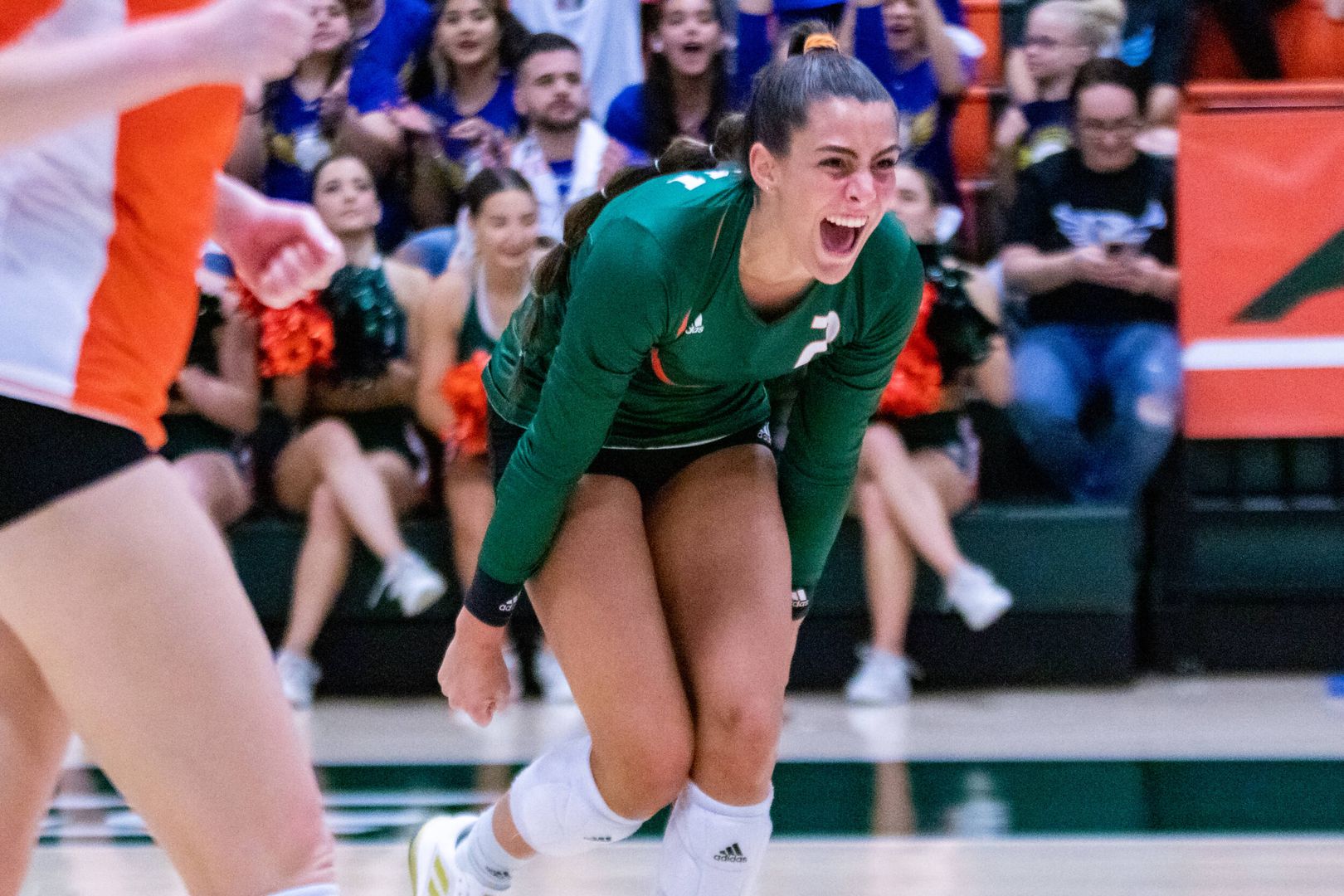 The recognition comes after Feliciano helped lead Miami (19-9, 12-5 ACC) to a Friday-night sweep of Syracuse and a comeback five-set win over Duke on Sunday.

The freshman libero logged a career-high 24 digs in the victory over the Blue Devils, the most by a Hurricane in a match this season.

Feliciano is one of six Miami players to appear in every match this season and is currently tied for second in sets played with 103.

Feliciano is the second Hurricane to be named ACC Freshman of the Week this season, joining outside hitter Flormarie Heredia Colon who won the award on Nov. 7.

Miami is back in action Wednesday, Nov. 23 when it hosts Florida State at the Knight Sports Complex in its regular season finale. First serve is set for 3 p.m. and will be broadcast live on ACC Network Extra. Admission is free.