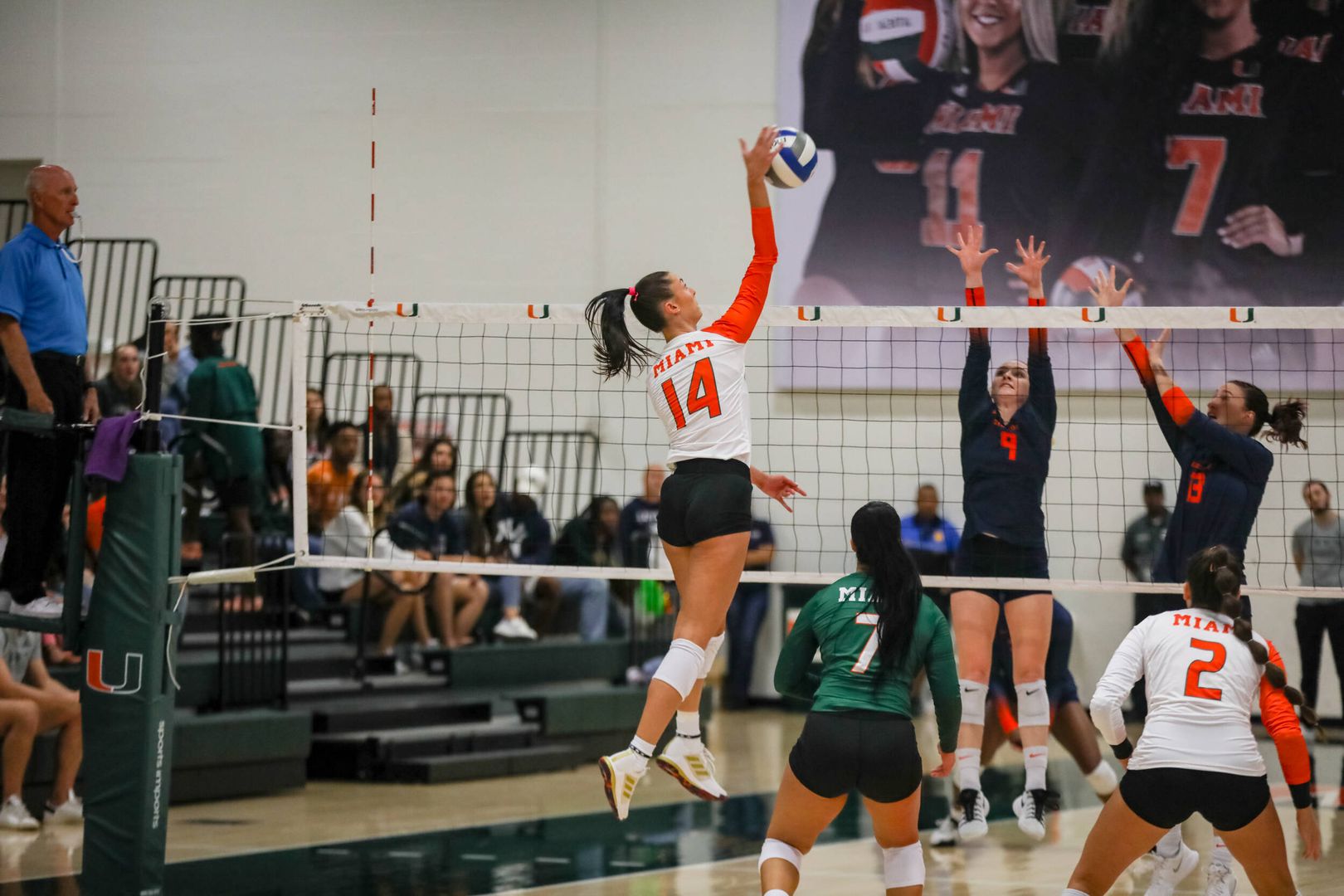 CORAL GABLES, Fla. – Redshirt junior outside hitter Angela Grieve surpassed 1,000 career kills and the University of Miami volleyball team extended its winning streak to five matches with a 3-0 sweep of the Syracuse Orange Friday evening at the Knight Sports Complex.

Grieve finished with a match-high 19 kills and hit .389 in the victory.

The Hurricanes logged double-digit aces for the second time this season and held Syracuse (11-16, 7-10 ACC) to zero aces. It’s just the second match this season in which Miami’s opponent failed to record an ace.

Miami heads back on the road to take on Duke Sunday, Nov. 20 at Cameron Indoor Stadium. First serve is set for 1 p.m. and will be broadcast live on ACC Network Extra.