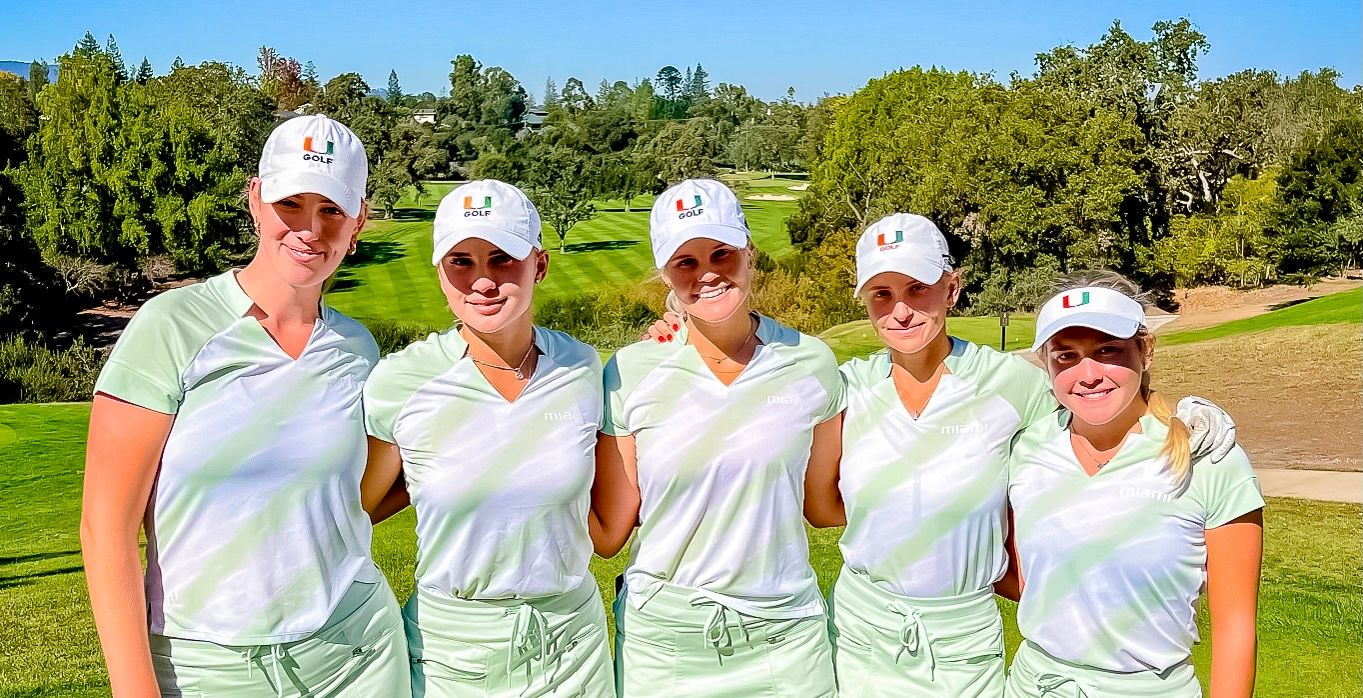 STANFORD, CA— The Miami Hurricanes golf team finished fifteenth in their fourth tournament of the fall slate, shooting 23-over-par as a team at the Stanford Intercollegiate, hosted by Dr. Condoleezza Rice at Stanford University.

Host Stanford won the tournament with a score of 837 (-15), while Iowa State, San Jose State, Texas and Baylor all placed in the top five.

Backman started the weekend off firing a three-under-par in the first round, before finishing with a 72 and 67 in the second and third rounds.

Third-year sophomore Nataliya Guseva recorded a round two-under-par shooting a 69 in the second round. Guseva finished in the top 20 individually.

The Hurricanes will next host the Hurricane Invitational Oct. 31-Nov. 1 at the Biltmore Hotel in Coral Gables, Fla.