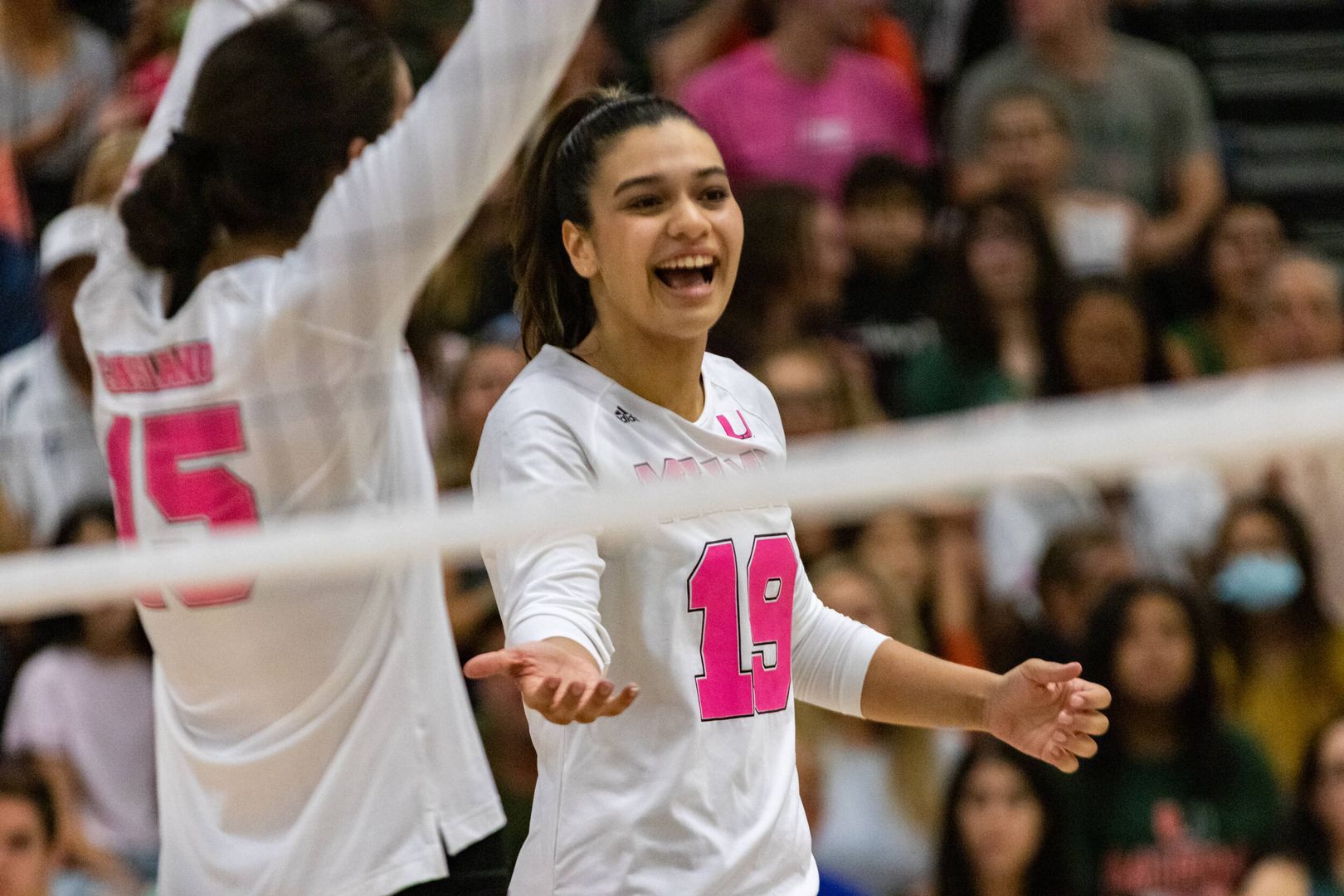 Volleyball Cruises To 3-0 Win Over Duke

CORAL GABLES, Fla. – The University of Miami women’s volleyball team cruised to a 3-0 victory over Duke at the Knight Gym on Sunday afternoon.

The Hurricanes, who lost a hard-fought battle to in-state rival Florida State on the road last time out, left little doubt in front of packed gym in its annual ‘Dig Pink’ game for breast cancer awareness.

“We’ve a great group of players, and it has been a work in progress,” head coach Keno Gandara said. “We’ve continued to learn to train better and continued to improve. Today, we were good enough to get it done throughout the match.”

Miami (10-7, 3-3 ACC) played near flawlessly in the first frame, totaling zero attacking errors to set the tone for the afternoon. The Hurricanes hit .500 in the largely error-free first set.

“You’ve always got to manage your mistakes. The high efficiency, picking our spots and picking our moments of when to be aggressive and when to be conservative, is something we’ve been working on,” Gandara said.

The Hurricanes faced some adversity in the second set, with Duke (10-7, 1-5 ACC) battling back from a deficit in the middle stages to tie the set at 22-22. Miami ripped off three straight points, however, capped by a block from Grieve and Abby Casiano on set point.

The Hurricanes continue their season on Friday at Pittsburgh, who was ranked No. 9 in this week’s AVCA Coaches Poll. Action is set to begin at 7 p.m.

“I felt like we played well at times on Wednesday [versus Florida State],” Gandara said. “We were able to be more consistent with that today. I know we’ll be ready for Friday.”