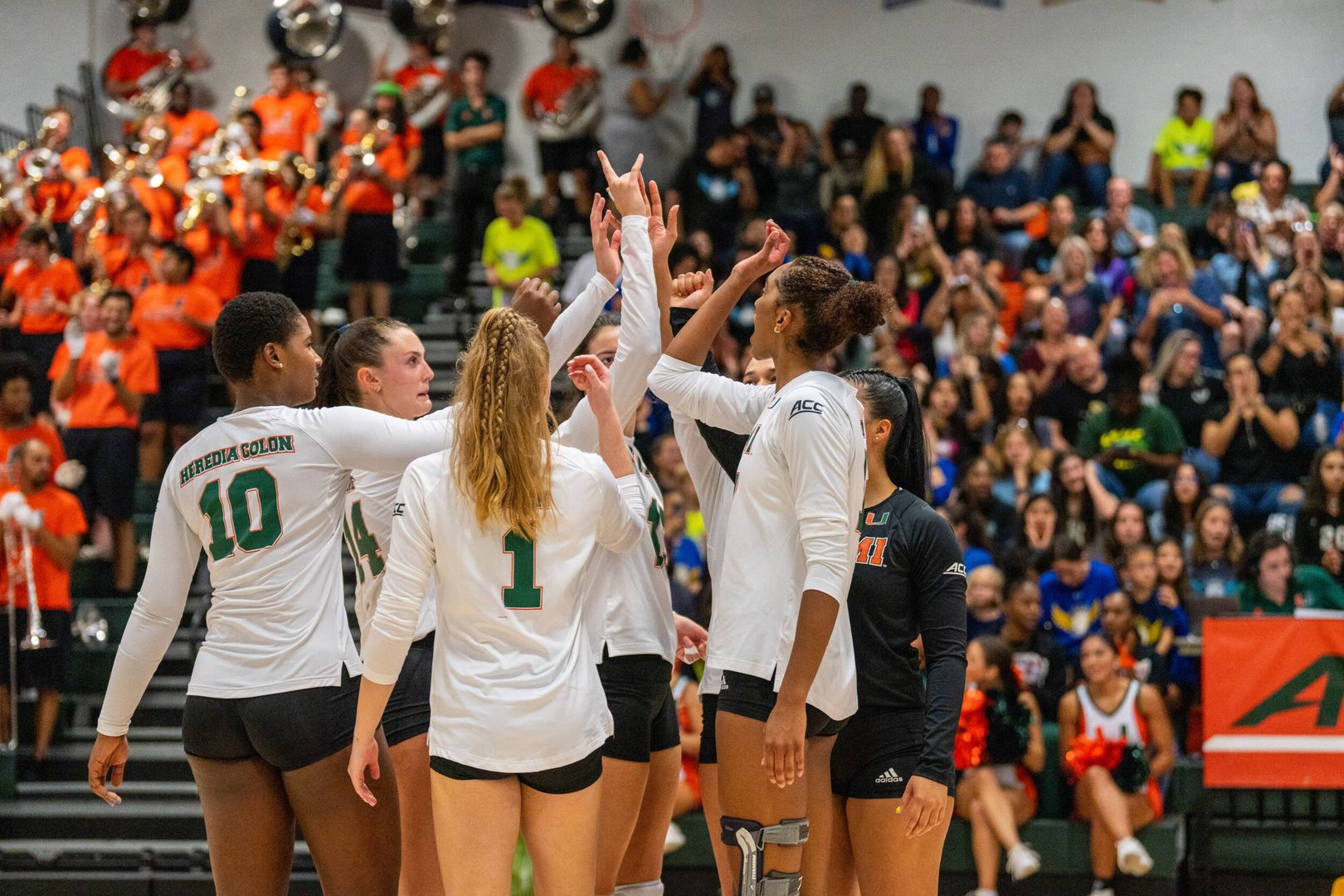 CORAL GABLES, Fla. – The University of Miami volleyball team led late in the second and third sets, but ultimately dropped its ACC opener to the second-ranked Louisville Cardinals (10-1, 1-0 ACC), 3-0, in front of a sellout crowd Friday night at the Knight Sports Complex.

“I’m proud of how the team remained resilient to keep the second and third sets extremely close against a top-five team,” Miami head coach Jose “Keno” Gandara said. “We have to give credit to Louisville for playing an excellent game. The ACC is full of elite teams, which will make for an exciting rest of the conference schedule.”

After the Cardinals took set one, 25-12, Miami began to find its groove.

A kill from senior Abby Casiano started a 4-0 run to give the Canes a 14-10 lead in the second set. Miami maintained a three-point advantage late in the set, 19-16, on a block from senior Janice Leao.

But the Cardinals responded swiftly, winning six of the next seven points to take a 22-20 lead, ultimately closing out the set for a 26-24 win.

Miami battled again in the third set, scoring three straight points to tie the session, 23-23, but could not finish the job, falling 25-23 to end the match.

The Hurricanes are back in action Sunday, Sept. 25 when they host Notre Dame to close out the opening weekend in conference play. First serve is set for 1 p.m., and the match will air on ACC Network Extra.