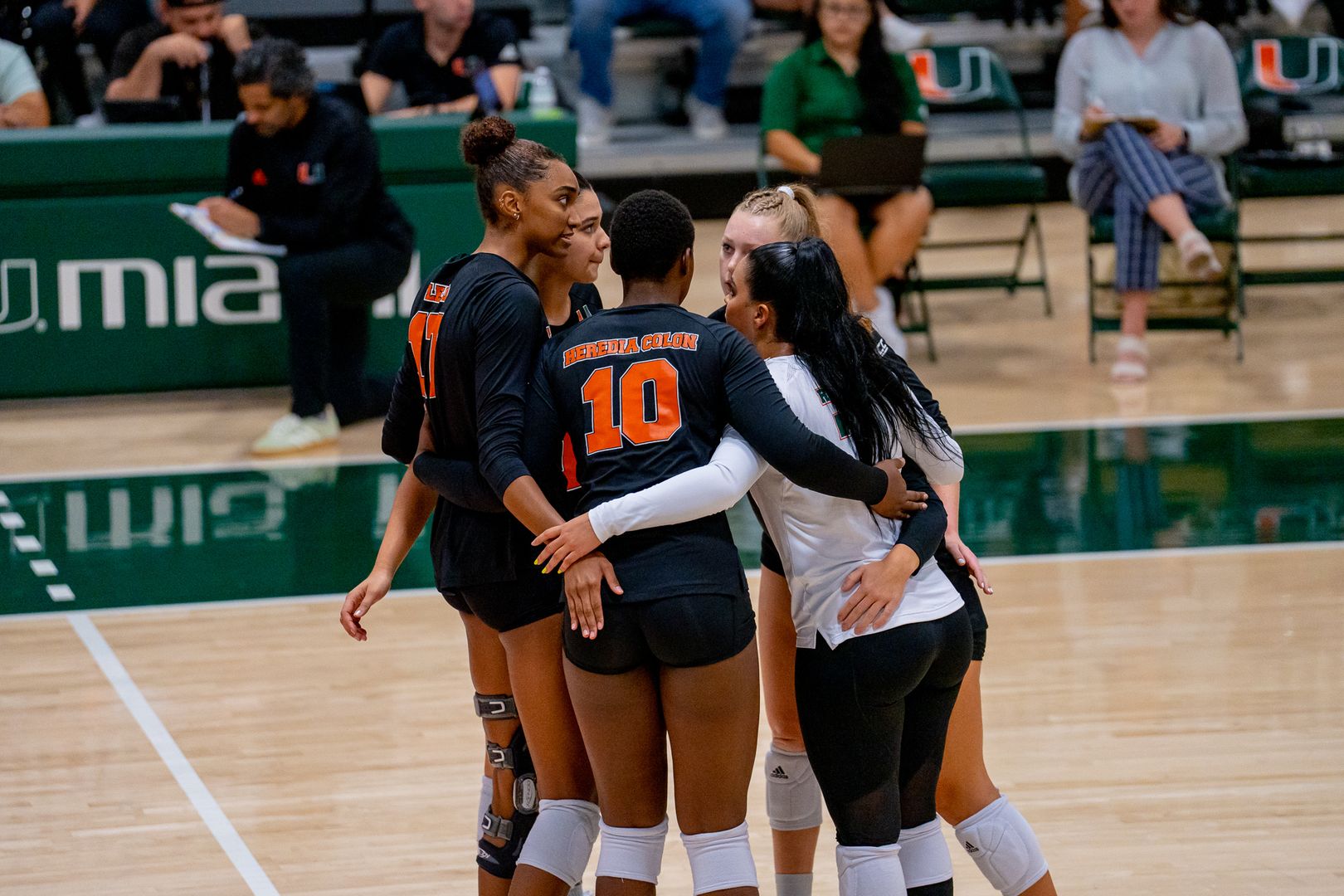 CORAL GABLES, Fla. – The University of Miami volleyball team held a lead in each set played, Sunday afternoon, but ultimately fell 3-1 to the No. 20 Oregon Ducks at the Knight Sports Complex in the final match of the Hurricane Invitational.

After dropping the first and second sets, 25-17 and 25-18, respectively, the Hurricanes jumped out to a 10-5 lead in the third. Sophomore Nyah Anderson was the spark for Miami in the set, tallying all four of her kills in the third frame.

However, the Ducks responded in the form of a 25-8 fourth-set victory to clinch the match for the visitors. Oregon hit .500 in the final set and was a perfect 8-for-8 in sideout opportunities.

The Hurricanes are back in action Friday Sept. 23 when they host the third-ranked Louisville Cardinals at the Knight Sports Complex. First serve is set for 7 p.m. and the match will air on ACC Network Extra.