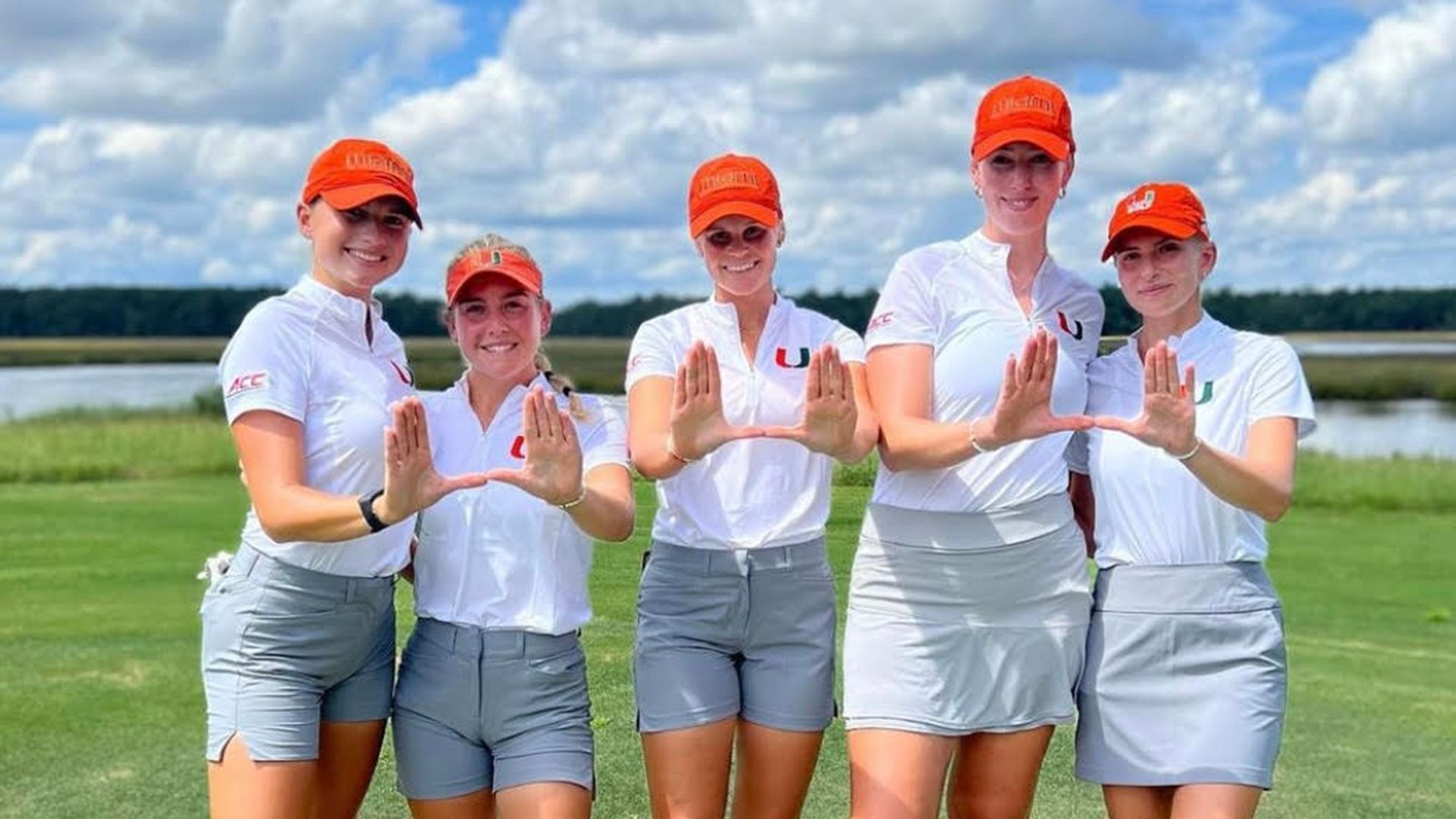 First Round Second Round Third Round

HANAHAN, S.C. —- The University of Miami golf team opened its fall slate at the Cougar Classic on Monday and Tuesday, finishing tied with Michigan State for fifth place.

“Throughout the week, they showed that they are competitors and they are a team that keeps fighting till the last putt drops,” head coach Janice Olivencia said. “I’m proud of their effort and resiliency. We have things to work on, but we are excited to work and grow through this journey together.”

Guseva’s performance improved with each progressive round, as the third-year sophomore shot an even par of 71 in the first round, before firing away two-rounds of under-par, ending with a score of 208 (-5).

Byrne opened the tournament with four first-round birdies to finish two-under after 18 holes. The Ireland native shot a 71 (E) and a 73 (+2) in the second and third round, respectively to total a 213 in the tournament.

“I am very optimistic to what the future holds for this team,” Olivencia said. “We look forward to getting back home, assessing and getting ready to tee it up soon.”

The Hurricanes return to action on Sept. 20, when they tee off the “Mo” Memorial in College Station, Texas.