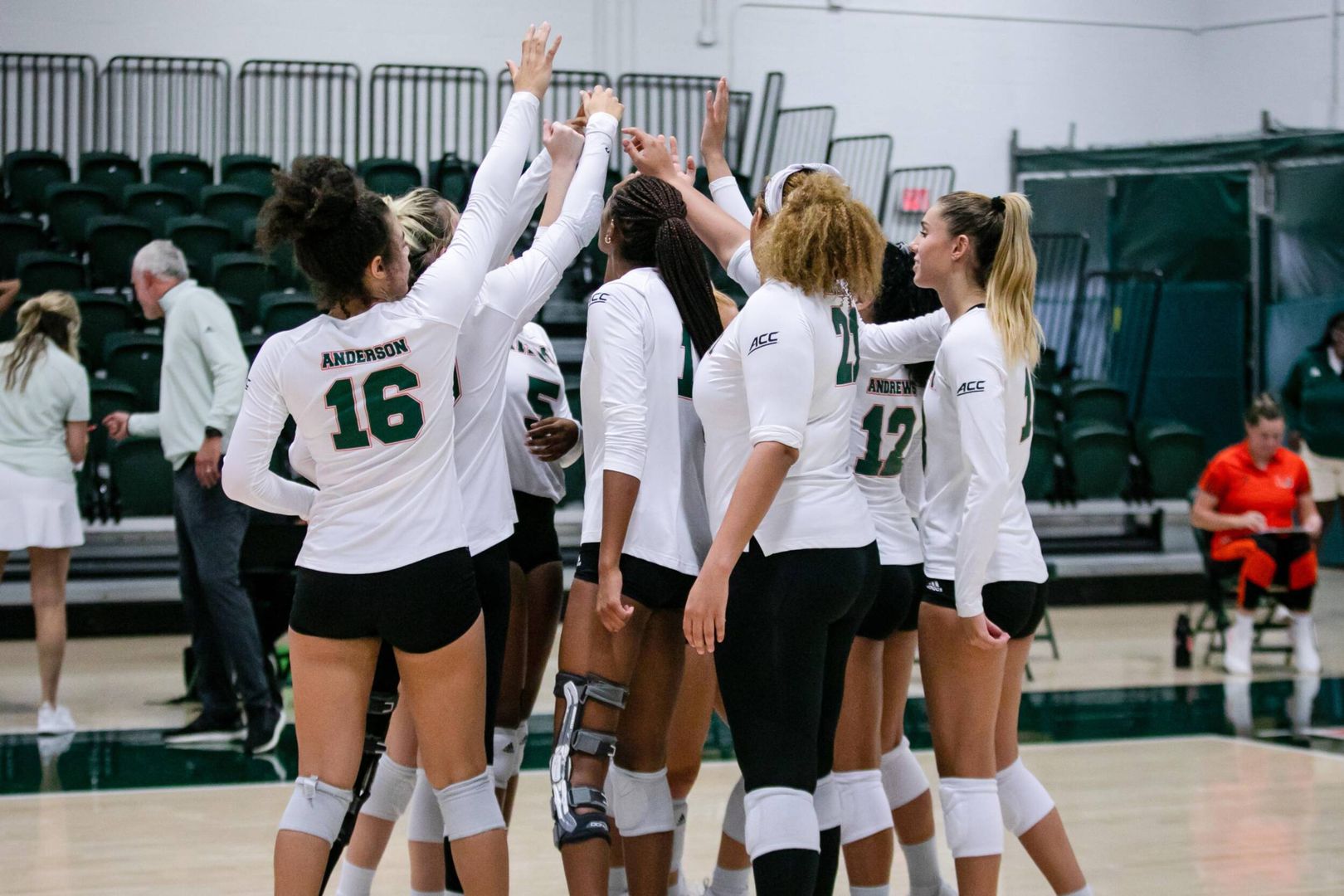 ORLANDO, Fla. – The University of Miami volleyball team found itself back in the win column on Sunday afternoon when it defeated the UNC Wilmington Seahawks, 3-0, in the final match of the UCF Invitational.

With the sweep of UNCW, the Hurricanes move to 7-2 on the season, while the Seahawks fall to 2-7. Miami has swept five of its nine non-conference opponents this season.

“It was great to finally get a win. I thought we were prepared, focused and played well,” head coach Jose “Keno” Gandara said. “We played with a lot of joy and energy. This is a great group and they know that winning is fragile and the margin is small. I’m excited to get to work this week as we get ready to host the Hurricane Invitational next weekend.”

In her first match as a Hurricane, graduate student Tyanna Omazic recorded six kills, two digs and two blocks. Senior Janice Leao paced Miami in hitting with a .571 clip and currently ranks 14th in the nation in hitting percentage (.443).

The teams traded points in the first set with neither team taking more than a two-point lead until the Hurricanes pulled away to clinch the frame, 25-21.

Miami tallied 13 kills in each of the three sets, but its best hitting percentage came in set two with a .333 hitting clip. The Hurricanes never trailed in set two and ultimately came out on top, 25-14.

Defense was the name of the game in set three as Miami totaled 17 digs and four blocks in the session. Five of Heredia Colon’s 10 kills came in the third set as she helped Miami to a 25-17 set win and the overall match victory.

The Hurricanes return to Coral Gables, Fla., on Sept. 16 to play their first home match of the season when they take on the South Carolina Gamecocks in the opening match of the Hurricane Invitational. First serve is set for 6 p.m. and the match will air on ACC Network Extra.