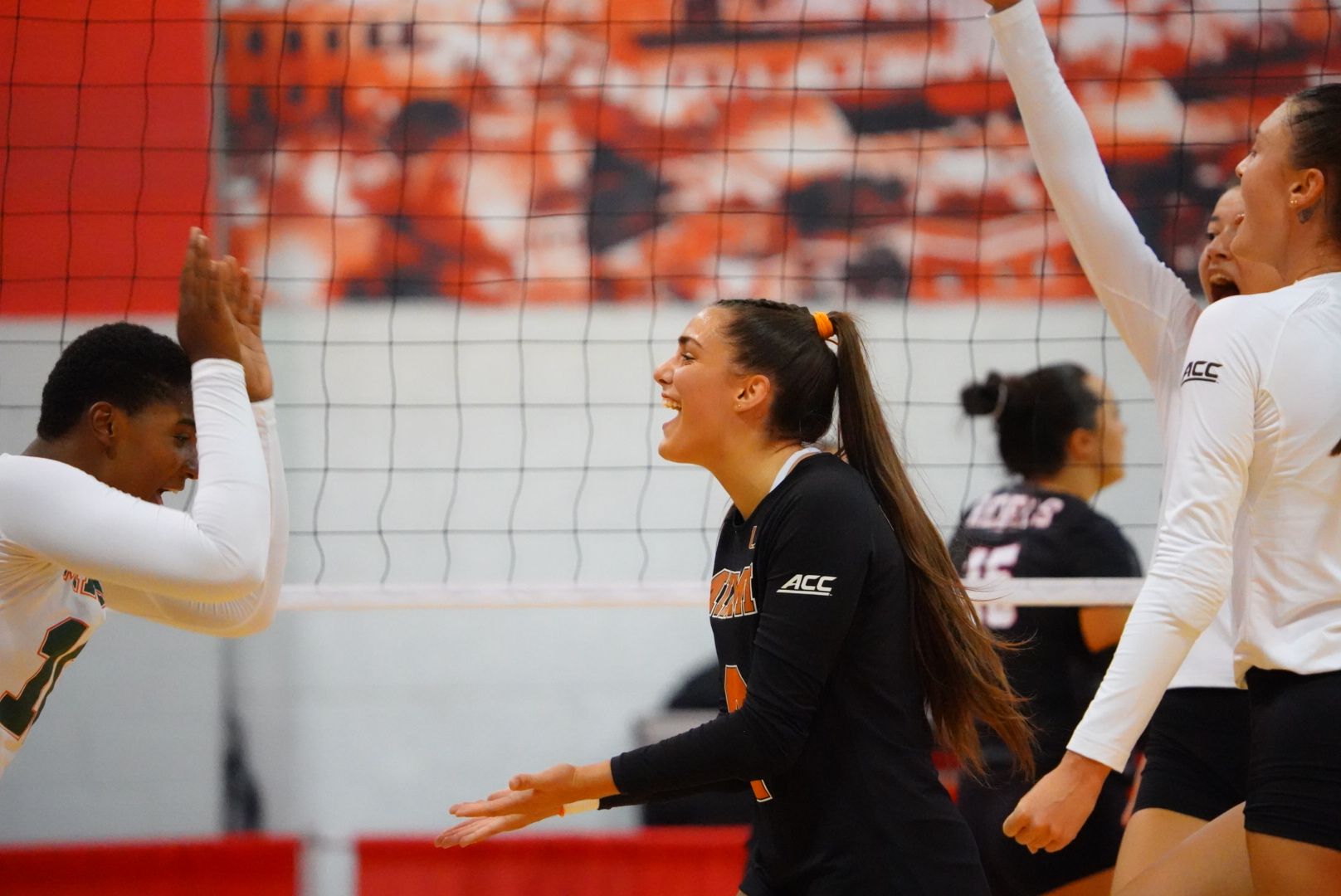 LAS VEGAS – The University of Miami volleyball held onto its undefeated title on Sunday, mounting a comeback to defeat UNLV, 3-2, in the final match of the 2022 Rebel Challenge at Cox Pavilion.

However, Miami responded with a 25-21 third-set victory, limiting the Rebels to a .033 hitting percentage in the frame. The Hurricanes carried their momentum into the fourth set, besting the Rebels, 25-19 to force a fifth set.

In the deciding set, the Hurricanes jumped out to a 6-2 lead thanks in part to a trio of kills from sophomore Peyman Yardimci. Miami and UNLV traded points through the remainder of the set but the Hurricanes held on to complete the comeback. 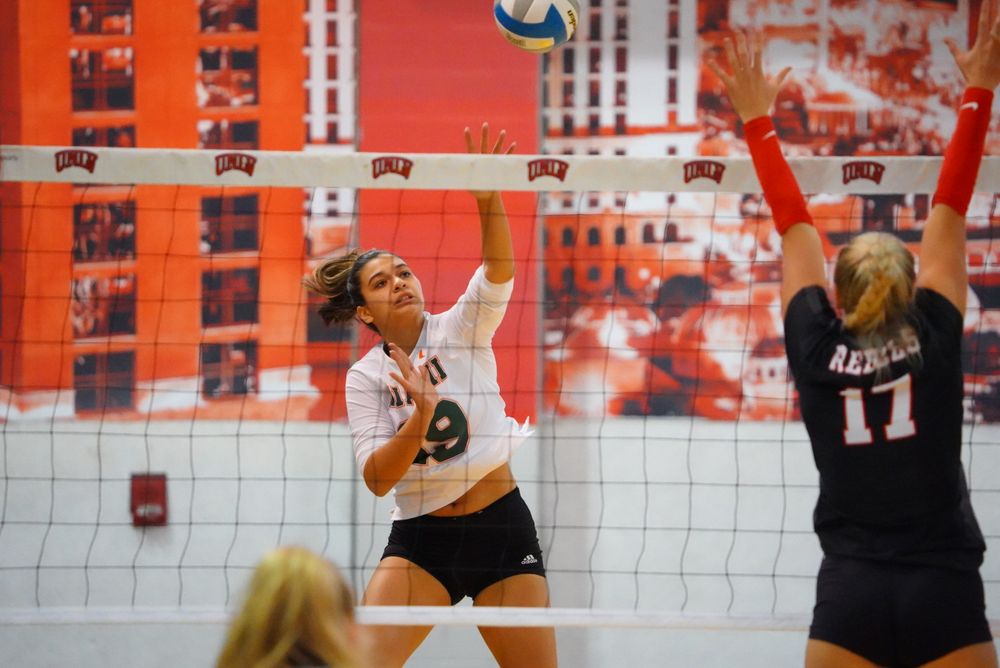 Freshman Flormarie Heredia Colon provided a spark for the Hurricanes in several critical moments and finished the night with a season-best 18 kills.

On defense, the Hurricanes tallied 18 blocks as a team, paced by senior Janice Leao who came up with five block assists and a solo effort.

Miami heads to Orlando, Fla., on Sept. 9 to open the UCF Invitational against University of Illinois Chicago. The match is set to begin at 7 p.m.