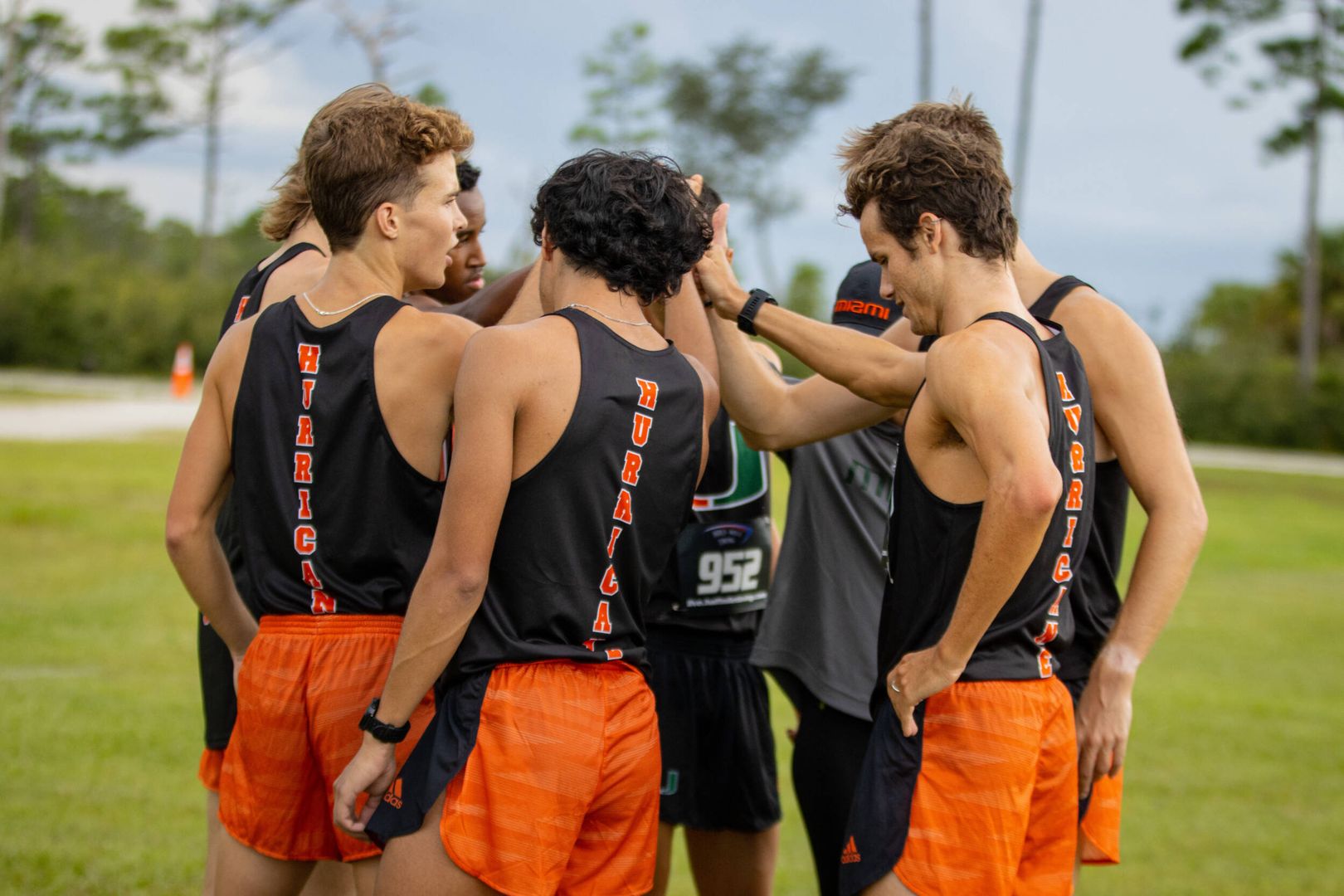 “This is our very first race of the season,”coach Cody Halsey said. “We have a lot of new people. So, the job was to get out there and see where we’re at and where we need to go from here.”

The men finished second behind the University of Florida and the women came in third overall.

“I knew Austen [Cannon] was ready for a big finish today,” said Halsey. “He’s doing really well. He had a great summer of training. I as well as Austen have big expectations for him. We increased his mileage and I think he understands what takes to run at this level, especially in the ACC.”

Cannon crossed the line first (15:46.6) for the Hurricanes and finished in third place overall. Justin Rittenhouse and Enrique Borrego also joined Cannon in the top 15.

“I think that there will be four guys who are going to be able to eventually work their way to being with him [Austen], but it’s exciting to have him as a leader,” Halsey said.

On the women’s side, Halsey was encouraged by the performance of sophomore Elle Mezzio (18:37.6) who finished fourth overall among the women.

“We also increased [Mezzio’s] volume,” said Halsey. “I think it’s aligned with preparing for her to be a really high-level distance runner, so I was excited to see that finish from her today.”

Natalie Varela followed in tenth place and Bianca Banato rounded out Miami’s top-15 performances on the women’s side.

“Natalie is a fantastic leader as well,” said Halsey. “She’s had a couple rough cross-country seasons from high school into college. I think she’s finally embracing what it means to be a middle-distance runner that runs cross country, so I’m excited for her as well.”

“Again, the first race is the first race, we focus on being positive, trying to beat as many people as possible, but we’re not going to let this make or break us,” said Halsey. “It’s September 2. We do have a lot of work to do. I’m excited about it and I think they’re really excited about it.”