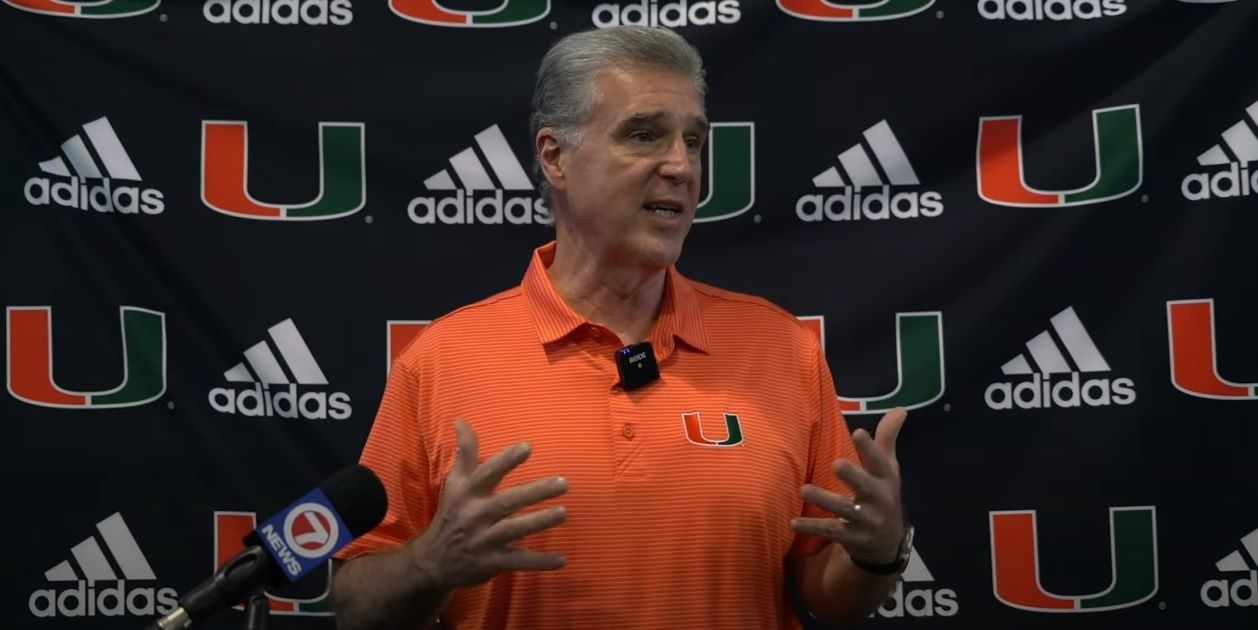 We are just 48 hours from our football team’s season opener at Hard Rock Stadium and you can feel the energy and excitement in our building increasing as kickoff fast approaches. I hope you are experiencing those same emotions!

The 16th-ranked Canes and head coach Mario Cristobal face Bethune-Cookman in Week One. Kickoff is 3:30 p.m. on ACC Network but there will be plenty of action around the stadium before you take your seat as the Canes run through the smoke.

We have a revamped pregame destination in the south plaza including the UHealth Fan Zone and Modelo Tailgate Party. There will be food trucks and you can ride the gondolas for a breathtaking view of the stadium.

There is a new parking layout at Hard Rock due to the addition of the Formula One track. Click here for more details on ingress and egress. Click here if you have not yet purchased tickets – there are a limited number of single-game tickets available, starting at just $25. We hope to see you cheering on the Canes at Hard Rock Saturday!

Our soccer team is 2-0-2 after defeating North Florida last Sunday and has yet to concede a goal through four games. This marks the first time we have posted four consecutive shutouts since 2012. The Canes return to the pitch Sunday against Oklahoma State at noon. Come out to Cobb Stadium to cheer on the Canes!

Our volleyball opened the season last weekend with three wins and three sweeps at the Hofstra Invitational. After defeating Bryant and host Hofstra Friday, the Canes capped the weekend with another 3-0 win over Niagara Saturday. It marks just the third time in school history we have recorded three consecutive shutout victories to start a season. Next up for the Canes is another four-team tournament – the Rebel Challenge in Las Vegas – which starts Friday at 2 p.m. against St. John’s.

Our cross country team starts its 2022 season tomorrow in Orlando at the UCF Invitational, the first of four fall races leading up to the ACC Championships.

We recently signed head baseball coach Gino DiMare to a three-year contract extension. We are excited to have Gino continue to lead our baseball program. We made great strides as a program last season, including hosting a regional for the first time in six years. Gino and his staff are building momentum for Miami baseball and we are looking forward to more successful season to come.

Together 4 Her is a year-round initiative by UM Athletics that showcases accomplishments of women from around the university while supporting gender equality on and off the field of play. Please click here to find out how you can help and click here to read our latest Together 4 Her feature story spotlighting new head golf coach Janice Olivencia.

We continue to work diligently on plans for our new. on-campus “forever” football home. As football season unfolds, we hope to make a public announcement that will include details on location, space and timing. I feel energized about the progress we have made thus far, and I am grateful for our campus partners for the support and direction they have provided.

Our Canes Community is stronger than ever thanks to your continued support. Thank you from all of us at Miami Athletics and Go Canes!