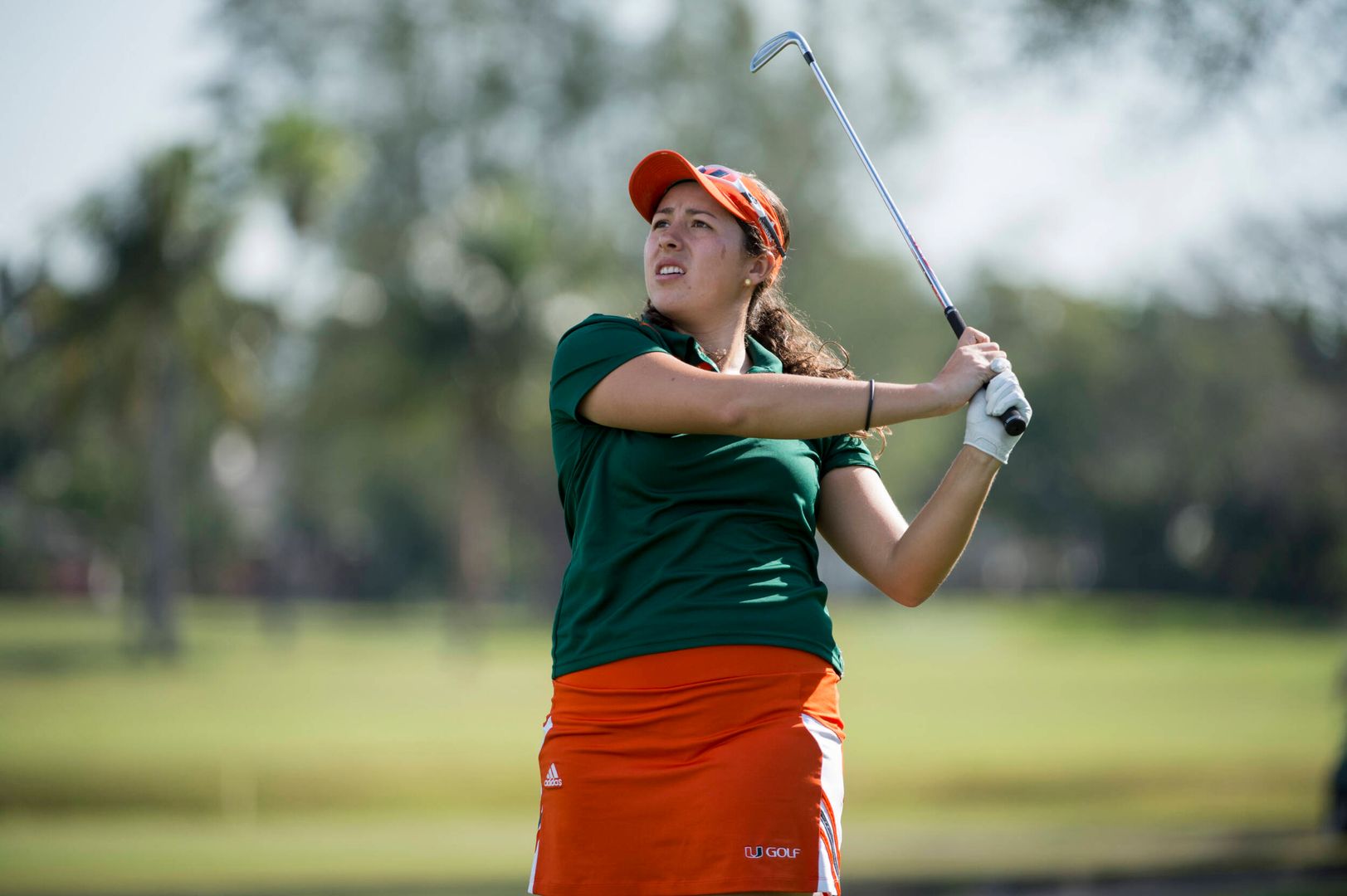 Darquea will tee off at 9:01 a.m. on Hole 9 alongside Tiffany Chan of Hong Kong China and Lauren Gomez of Murrieta, Calif.

Darquea shot 2-under-par (142) during the 36-hole U.S. Women’s Open Qualifier in May to earn a spot in the major championship. She finished just two strokes behind leader, Lauren Hartlage, and was one of just three golfers to end the qualifier under par.

A native of Quito, Ecuador, Darquea was a member of the Miami golf team from 2013 to 2016 and, during that time, she captured three ACC All-Conference honors and totaled 17 top-10 finishes. Darquea became Miami’s first All-American since 1994 as a freshman (2013), after totaling five top-10 finishes.

Off the court, Darquea was a three-time ACC All-Academic team member and was tabbed the ACC Scholar Athlete of the Year in 2016.