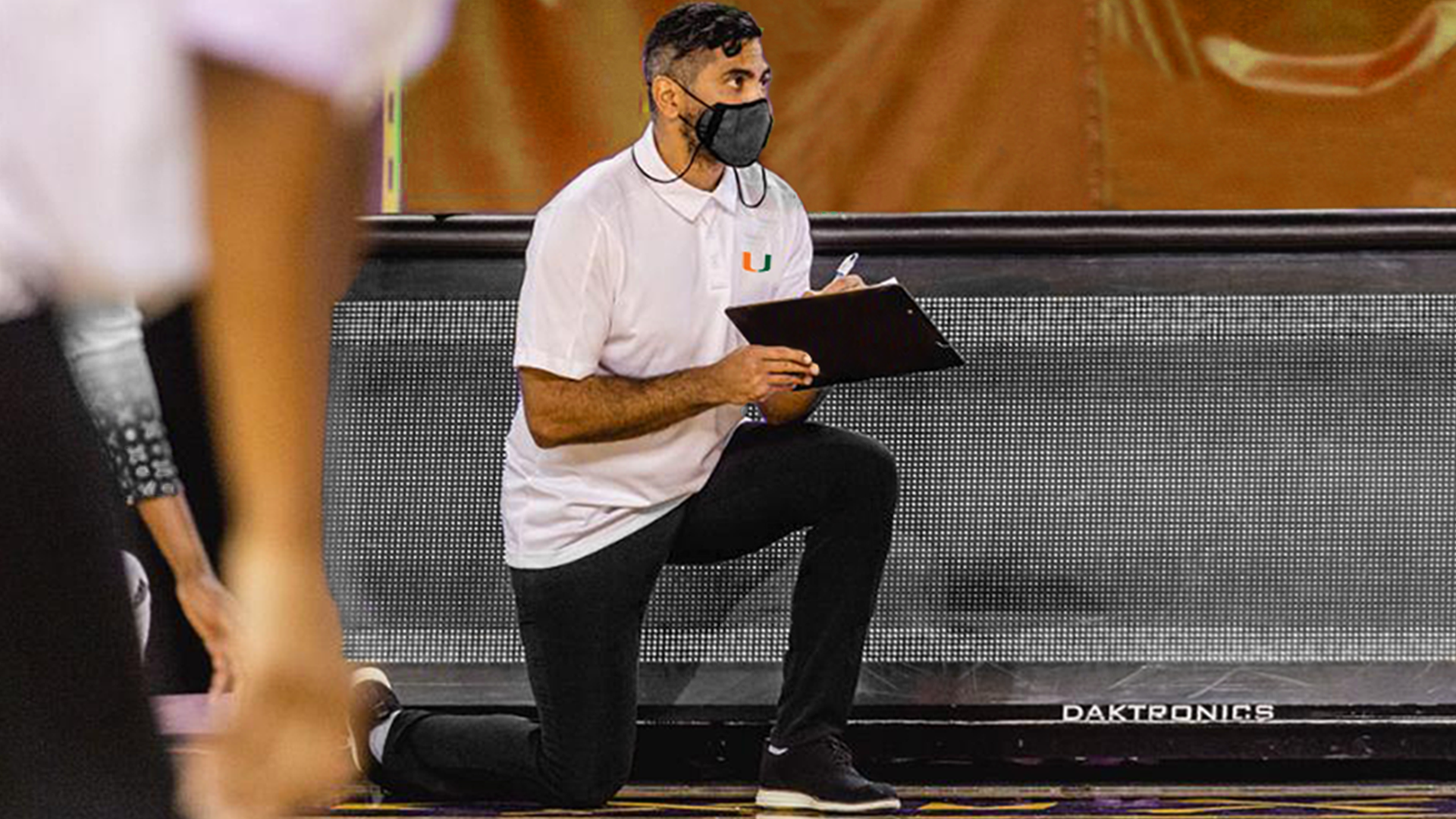 “I am grateful to Coach Gandara for this opportunity to be a part of an outstanding program, athletic department and community at the University of Miami,” Rivera said. “I am thankful for all the support from my family, mentors, peers and teams that have prepared me for this opportunity. I am excited to be back in the Atlantic Coast Conference and in my home state of Florida. I am ready to get to work!”

During his time at ECU, Rivera helped coach right side Bri Wood to two consecutive first team all-conference selections. He assisted in the Pirates’ first victory and sweep over in-state foe North Carolina since 1978.

“I am excited to add Arturo to our program,” head coach Gandara said. “I believe our staff has a direct and significant impact on our student-athletes and what we are trying to accomplish, so it was important to find the right person and coach. I think we have accomplished that goal.”

The Orlando, Fla., native spent four seasons at Wake Forest prior to his tenure at ECU.

Before his time in Winston-Salem, Arturo was an assistant coach at Harvard from 2013-15, where he helped the Crimson win back-to-back Ivy League championships and the first NCAA Tournament berth in program history.

Rivera spent the 2012 season as a volunteer assistant at North Carolina, helping the Tar Heels finish 26-6 that year. He has had stints at UNLV and his alma mater, UCF.

“I have known Arturo for a long time,” Gandara added. “He comes in with a lot of experience, but more importantly has experience in the ACC. He understands the level of play, the travel and the academic demands. As a recruiter, he is familiar with the process and current landscape, and knows the type of athlete and student we are looking for.”

His coaching career began at UCF as an undergraduate, assisting with the varsity program, while also serving as the beach program’s head coach.

Internationally, Rivera served as the head coach of Triade-VCT, a professional team in Tilburg, Netherlands, in 2019-10.

Rivera has spent more than 12 years at the international, collegiate and club levels. In the Netherlands, he helped STV Tilburg to the B-League championship following a first-place performance at the 2009 USA Open Volleyball Championships. He also trained in Puerto Rico with Ponce Leones of the Superior League.

From 2004-05, Rivera played collegiately at Ball State University and then later for UCF’s club team from 2005-08. He graduated from UCF in 2008 with an interdisciplinary degree in health and education, and a minor in Spanish.