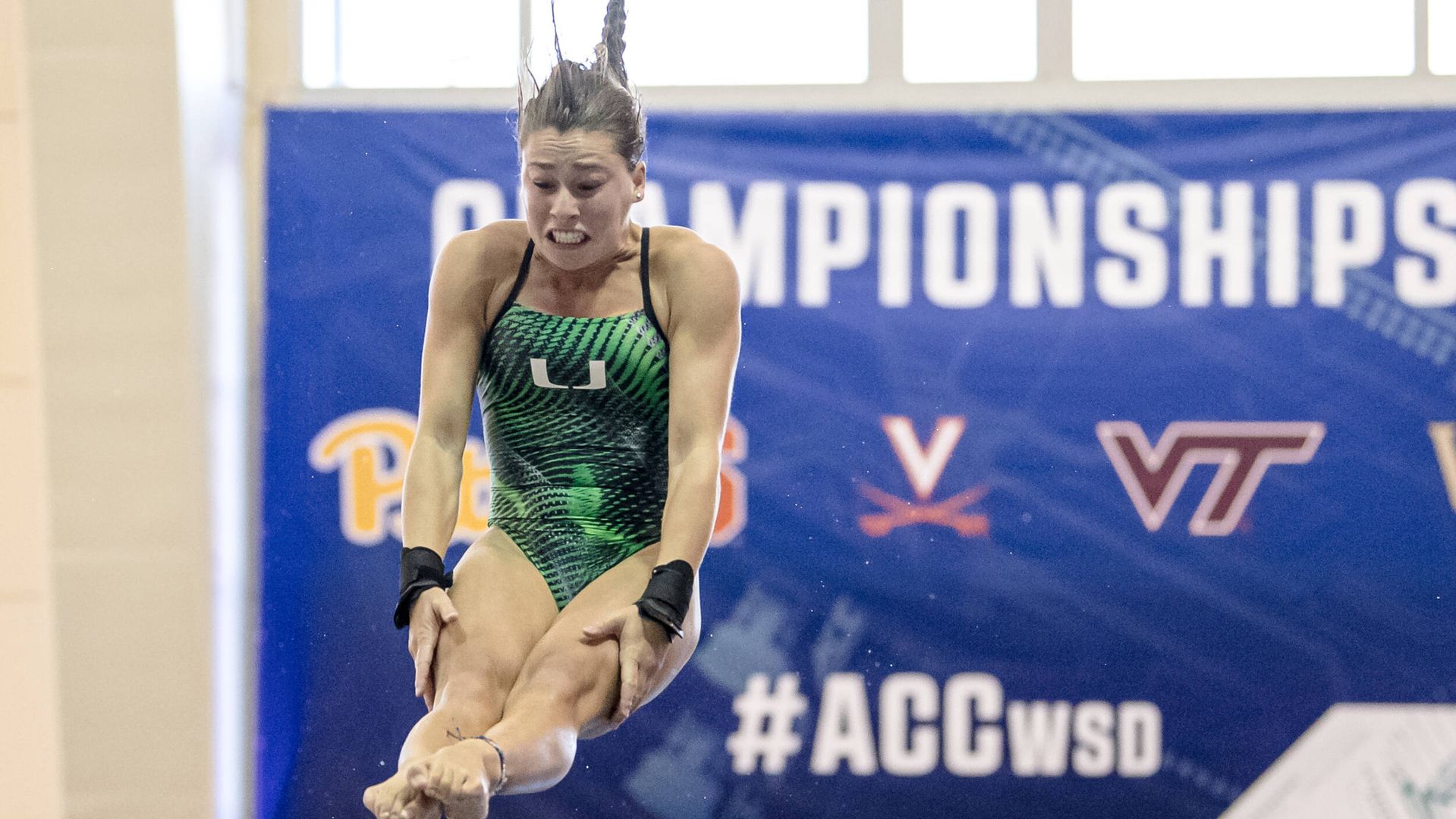 ATLANTA – A night after earning an NCAA national title in the 1-meter springboard, Mia Vallée delivered another sparkling performance to cap her run at the 2022 NCAA Swimming & Diving Championships.

Vallée finished in a tie for fourth place in the 3-meter finals on Friday night, earning the third All-America honor of her career to cap a spectacular postseason run at the McAuley Aquatic Center.

The Montreal native, who also won two medals at the ACC Swimming & Diving Championships in Atlanta earlier in February, earned one of eight coveted spots in the finals to clinch NCAA All-America honors.

Her top-scoring dive of the night was a back 2 ½ somersault pike that netted her 73.50.

Vallée was fifth in the morning’s preliminary round with a score of 356.55. She put together several standout dives to earn her second finals berth in as many days, including a score of 69.00 on a forward pike 2 ½ somersault with a twist on her sixth and final dive of the prelims.

Emma Gullstrand finished the 3-meter springboard in 24th place with a score of 299.60.