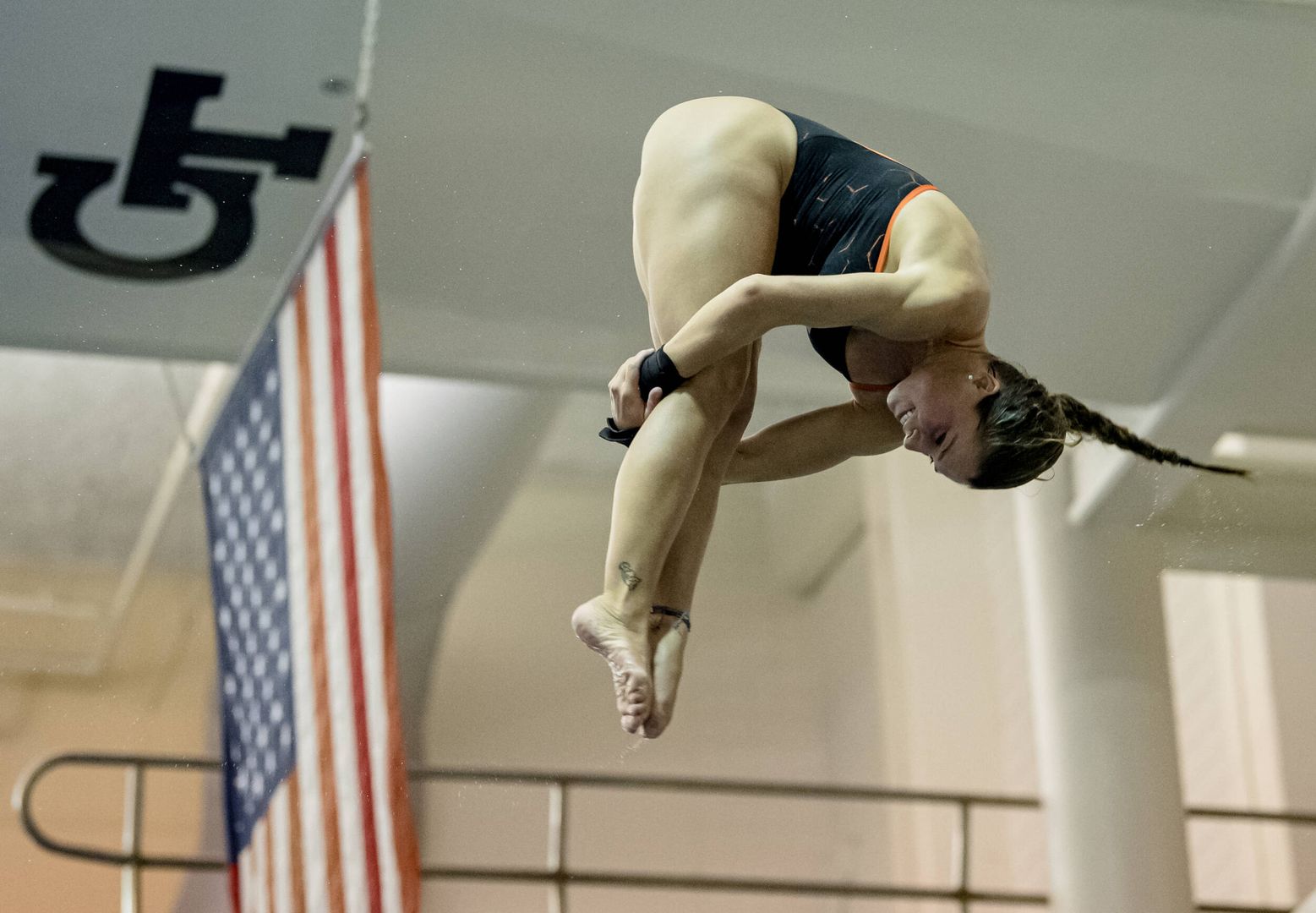 By finishing in the top 10 of the 1-meter springboard at the NCAA Zone B qualifying meet Sunday night, both Vallée and Gullstrand guaranteed a return trip to the McAuley Aquatic Center next week in the event.

“They’re two of the best divers in the NCAA. I was very hopeful they would advance, but you never know,” head diving coach Randy Ableman said. “You start out with 50 divers and with one bad dive and you’re behind the 8-ball. I’m very proud of both of them.”

Vallée, who opened her postseason run with two medals at the ACC Championships two weeks ago, finished second in the 1-meter with 658.15 points. Gullstrand finished fourth (638.55).

“Mia had the best score in the finals, which is what counts in meets like NCAAs,” Ableman said. “She had the hardest list of dives and nailed her big dives, which was awesome. It sets both of them up for next week. We’ve still got 3-meter tomorrow and both of them are going to have it bring it.”

Millie Haffety finished the morning preliminary round in 21st place.

“They’re a tight group, and they’re all great divers,” Ableman said. “Millie had just one slip-up and the rest of her dives were beautiful. She has the 3-meter tomorrow, which is a new day. Hopefully she’ll bring her best tomorrow.”