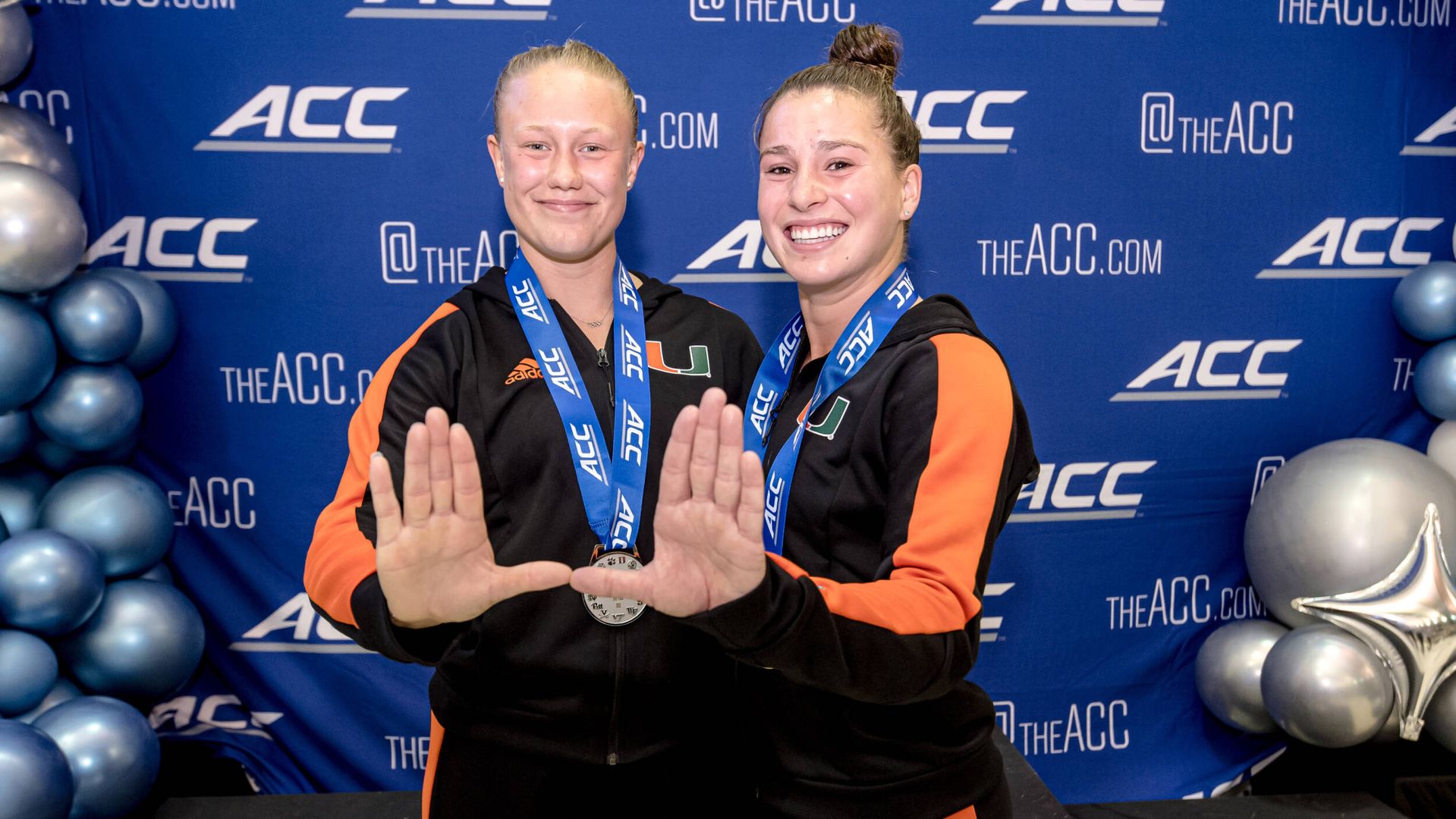 ATLANTA – The Miami Hurricanes finished with another school record and added two more medals on the third day of the 2022 Atlantic Coast Conference Swimming & Diving Championships.

Miami’s 200-yard medley relay team started off the night’s final session with a blazing time of 1:38.00 to set the program standard at the McAuley Aquatics Center.

Not to be outdone, divers Mia Vallée and Emma Gullstrand each picked up their second medals of the meet to complete a dominant performance on the 3-meter springboard.

Vallée and Gullstrand, who won a silver and bronze, respectively, in Tuesday’s 1-meter springboard event, ended the morning’s preliminary round as the top two finishers in the 3-meter.

They dominated in the finals, with Vallée earning her first gold medal with a score of 412.15.

“Taking it individually instead of looking at it as a whole,” Vallée said about her key to success Thursday. “Each dive, I would try to reset my brain to think, ‘This is one dive, and the only dive that matters.’ It’s been an approach since I’ve been taking as a kid, and it works really well.”

It was the second career ACC gold for Vallée, who finished just ahead of Gullstrand (403.00).

The Hurricanes diving contingent upped their medal count to five for the meet, including two gold medals, two silver medals and one bronze medal; Max Flory won the men’s 3-meter event on Tuesday.

“It’s an amazing feeling to be up here with my team, especially representing a university and a group that I’m so proud to be a part of,” Vallée said. “Everybody pushes each other to be better every day, and it’s one of my favorite parts of being on this team – having Randy [Ableman] as a coach and all my teammates around me.”

The Hurricanes’ swimming quartet in the 200 medley relay – comprised of Danika Huizinga, Emma Sundstrand, Zorry Mason and Sydney Knapp – bested Miami’s previous school record of 1:38.50 which was set in 2013.