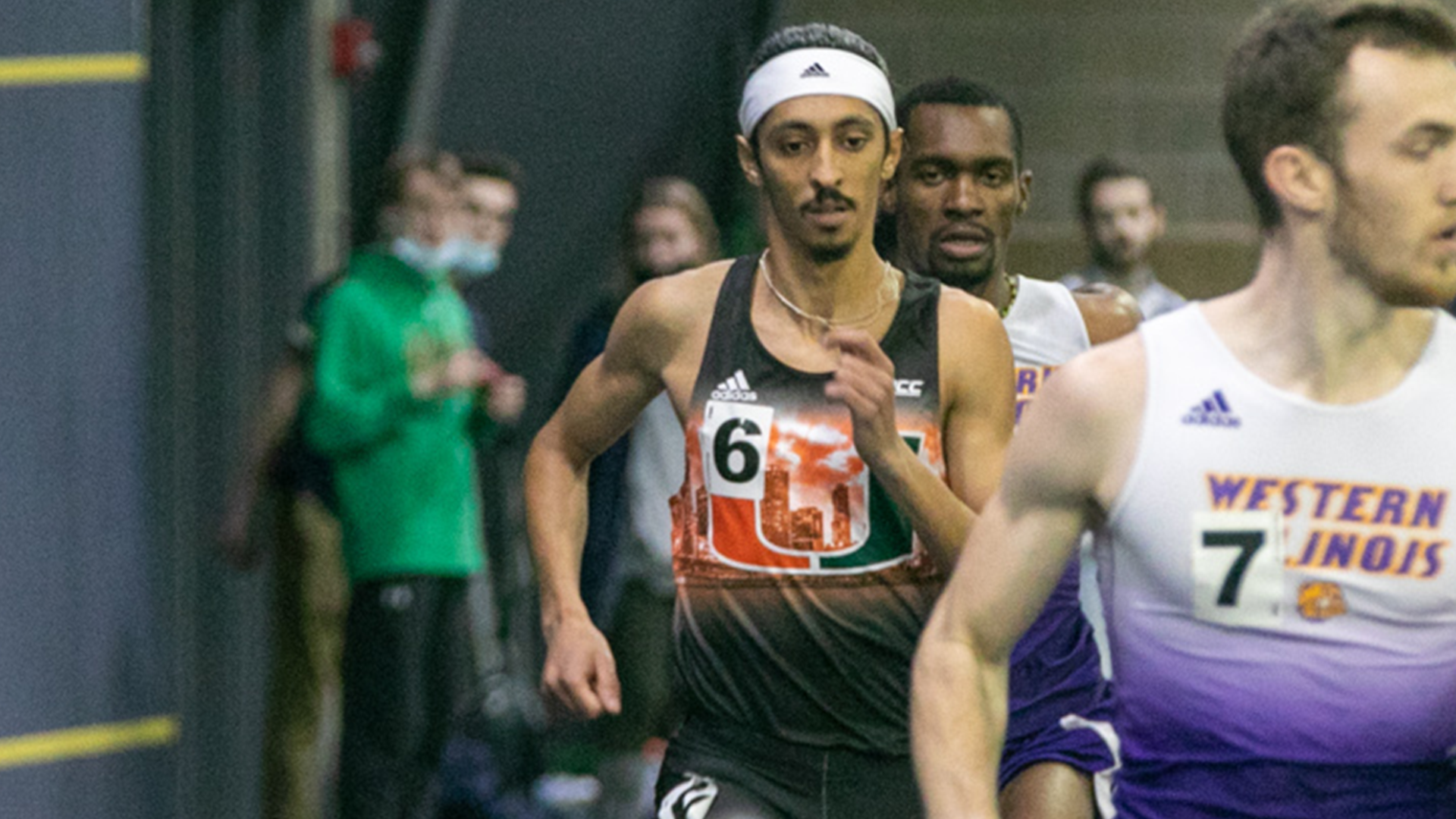 “Ayman is such a competitor and wants to do well, so to see him go out there and put himself in the race and compete at such a high level was really good,” said director of track and field and cross country Amy Deem. “It was good for the team to see him have such a strong performance in a high-level competition.”

A native of Roseville, Calif., Holmes topped his school high jump record from a week ago, 2.14m, by jumping 2.19m for a new program best. That mark is the seventh highest in the NCAA in 2022. His success continued into the long jump, where he posted a 7.90m jump to tie the No. 1 spot in Miami history. Holmes’ long jump is the sixth farthest in the NCAA this year.

“I am very proud of Isaiah and how he handled all the adversity this weekend,” Deem added. “Instead of being deterred, he was determined the whole time to have a big weekend. It was nice for him to go out and execute at a high level. I thought he handled everything extremely well and showed great leadership for our team last weekend.”

The Hurricanes close out the 2022 indoor regular season Friday and Saturday at the Tiger Paw Invitational.