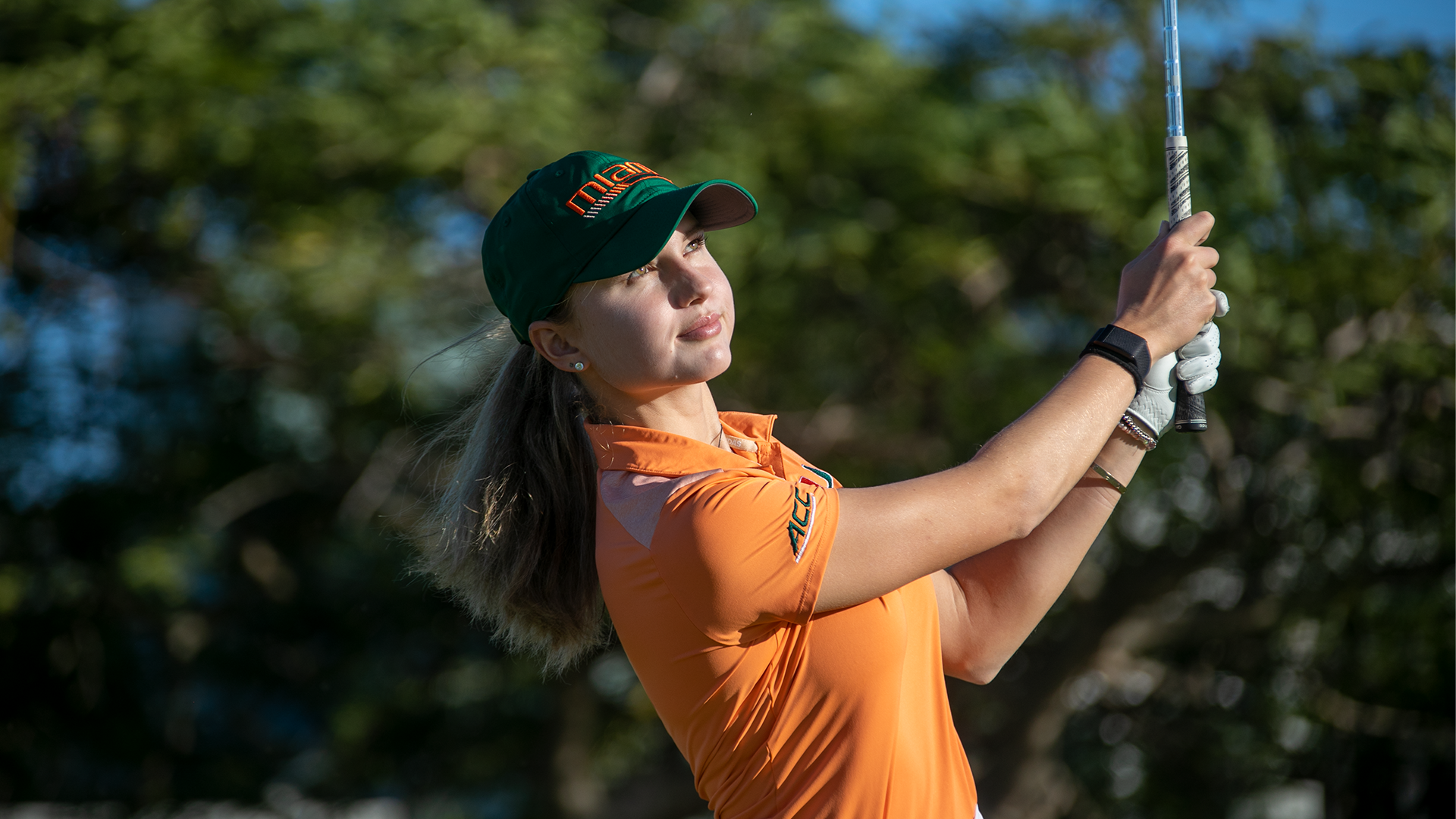 Coral Gables, Fla. — After a two-month hiatus, the University of Miami women’s golf team is set to open its spring slate this weekend at the UCF Challenge.

The Hurricanes last competed on Oct. 24 at the White Sands Invitational where they placed third with a score of 862 (-2).

Hosted by Central Florida, the UCF Challenge will be played at the par-72, 6,349-yard Eagle Creek Golf Club in Orlando, Fla., and is set to take place from Sunday to Tuesday. This highly competitive twelve team field includes three top-25 teams according to Golfstat.com – No. 6 Wake Forest, No. 7 Virginia and No. 22 UCF.

For this experienced Canes team, this is familiar territory as they have participated in the UCF Challenge in each of the past four seasons. The Canes tied for second in Orlando in 2019 and Renate Grimstad won the tournament in 2020.

Miami is looking to capitalize on the momentum of their strong fall season in which they tallied three top three finishes in the four tournaments they participated in.

In Sunday’s first round, UM will be paired with Wake Forest and Auburn with a scheduled shotgun start beginning at 8:45 a.m. (ET). Rounds two and three will also be an 8:45 a.m. shotgun start.

Live stats can be found HERE on Golfstat.com.