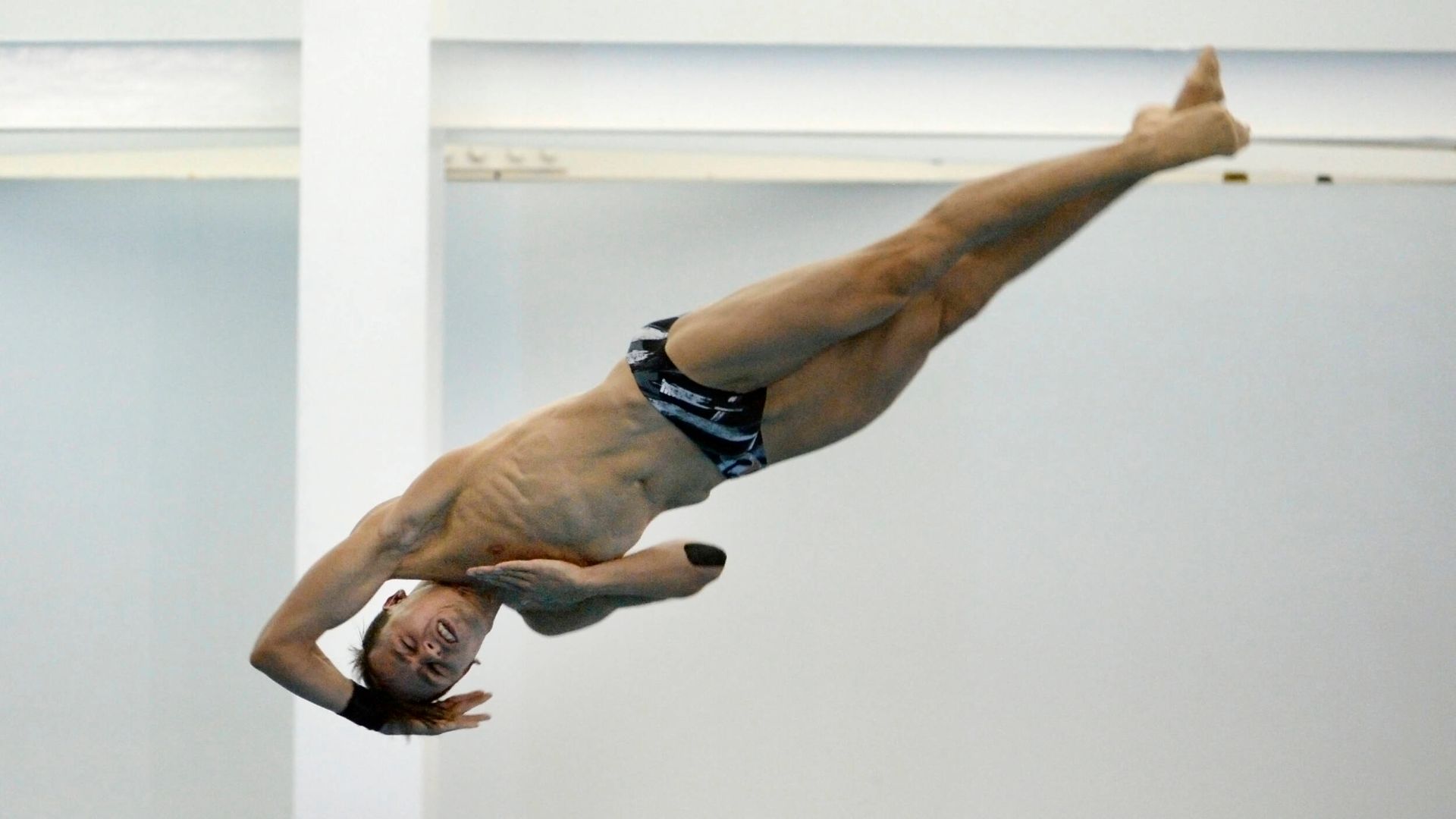 Cooper, a three-time NCAA All-American and four-time ACC medalist in his signature platform event, added to his trophy case Friday night by taking top honors in a loaded field at the Counsilman-Billingsley Aquatics Center.

The gold medal was the second of the week for Cooper, who will represent Team USA at the FINA World Championships in Japan in May 2022; Cooper and teammate Max Flory won the synchronized 10-meter event earlier this week.

Flory also competed in the 10-meter platform and finished sixth (727.15) in the night’s finals.

“The kids that come to the University of Miami to dive in our program, they want to be great college divers, but many of them want to dive internationally as well,” head diving coach Randy Ableman said Friday night. “This is a major goal for them, so I couldn’t be happier for both Zach and Max.”

Cooper earned the gold medal with a cumulative score of 839.85. Cooper, who beat out 14-year-old Josh Hedberg for top honors, was a finalist in the 2020 FINA World Cup in Tokyo where he placed 12th in the event.

The Indiana native took a healthy lead in the morning’s preliminary round and held on for the victory.

“I couldn’t be more proud of him,” Ableman said. “The kid keeps getting better. We added two new dives this year with a really high degree of difficulty and he’s the only guy to hit every dive in the prelims this morning.”

Ableman said that Cooper’s performance was the finishing touch on a spectacular week for his diving contingent, which saw Mia Vallée earn a top-10 finish on Thursday in the 1-meter and Friday in the 3-meter.

“He had a 30-point lead over second place in the first go-around, and in the finals, he did a couple great dives but also faltered a little bit,” Ableman said. “It was enough for the victory. Coming into this week, to think Coop and Max would win the synchro – which was a bit of a surprise – but to say Max is going to win the individual…this has been a great week. I couldn’t be more proud.”