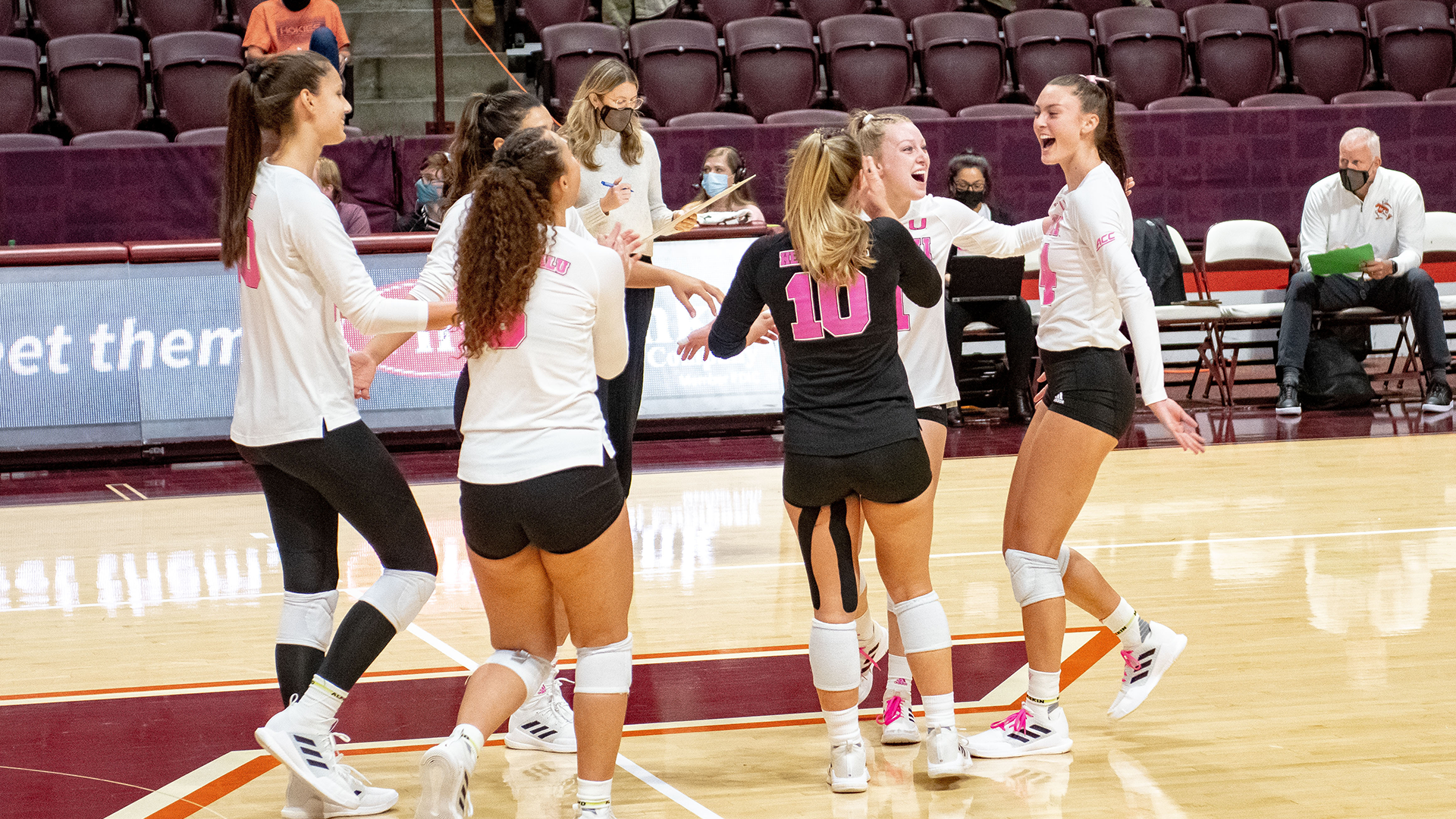 BLACKSBURG, Va. – The University of Miami volleyball team earned its 13th sweep of the season against Virginia Tech on Sunday afternoon inside Cassell Coliseum.

The sweep marks the most in a season since 2014 when the Canes earned 14 sweeps.

“A really solid performance from our left sides today,” said head coach Jose “Keno” Gandara. “Angela [Grieve] and Janet [Kalaniuvalu] did a great job maintaining their composure throughout the match. There were long stretches where we couldn’t get in sync in the middle or on the right, so it was imperative that they carried us.”

“Priscilla [Hernandez] has quietly become one of the best liberos in the conference. She was great today defensively and receiving serve. Of all the players I’ve had the pleasure of coaching here at Miami, she’d be on a short list of the ones I’m most proud of.”

Grieve posted a career-best five aces in the win as she led all hitters with a match-best 18 kills for an attacking percentage of .341. Kalaniuvalu finished with 10 kills and a .219 attack percentage.

Hernandez finished the afternoon with a game-high 20 digs, while Savannah Vach tallied a match-high 32 assists.

UM opened the contest with five of the first six points. A string of three straight aces by Grieve who pushed the Canes lead, 10-4. Miami never looked back, going up by as much as eight, 20-12. Grieve registered back-to-back kills to lock in the set win, 25-17.

Set two began more contested as the teams split the first eight points. Behind a 4-0 run, the Hurricanes pulled in front, 8-4. Virginia Tech hung around to stay within one at 13-12. Kalaniuvalu hammered home two straight kills to extend the Canes lead to five, 17-12, resulting in a Hokies’ timeout. From there, Miami kept its foot on the gas to take the second frame in commanding fashion, 25-15.

Virginia Tech took the early 7-4 lead to open the third set. A Kalaniuvalu kill sparked an 8-1 response by the Canes, who regained the advantage, 12-8. The Hokies scored three straight points to cut their deficit to one, 12-11. Once again, Kalaniuvalu ignited the large run, 7-0, for Miami to pad its lead, 19-11. Grieve sealed the victory with a kill and an ace for the 25-18 third set.

Next, the Hurricanes return home to the Knight Sports Complex to host Syracuse at 7 p.m. on Oct. 29.