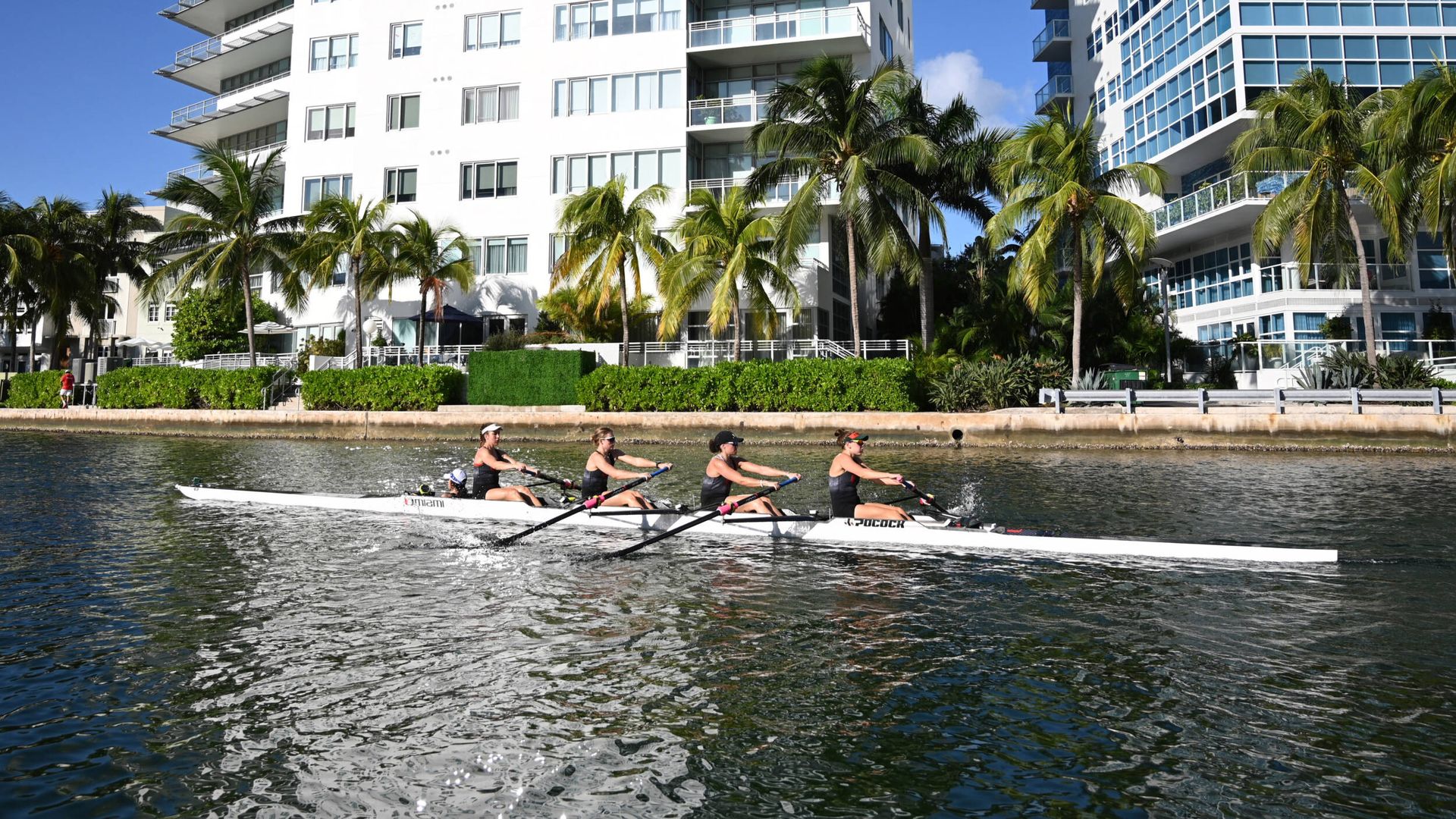 Canes to Compete in Head of the Charles

CORAL GABLES, Fla. – Fresh off its first race of the fall season, the University of Miami rowing team is sending a varsity four boat to compete in the Head of the Charles on Oct. 23 in Boston.

The largest 2-day regatta in the world and one of the most prestigious regattas in the rowing sphere, the Head of the Charles is a 4,800-meter head race on the Charles River. The course contains six bridges and is known for being challenging to navigate.

However, racing at the Head of the Charles is something every rower aspires to do.

“Being able to row again this year for the team is incredible in itself but having the opportunity to race one of the most famous head races in the world is surreal,” senior Marilou Chardin said. “Even back home [in France], the [Head of the Charles] is very popular and I was really proud to tell my rowing friends and former coaches that I’ll be taking part in it.”

Chardin is one of a handful of Canes who decided to take advantage of the extra year of eligibility granted by the NCAA due to the COVID-19 pandemic and return for a fifth season.

“Racing at the Head of the Charles is a really great way to close this chapter of collegiate rowing and represent the Canes one more time,” Chardin said.

Miami will compete in the Women’s Club Fours division and will be up against 53 other boats, including representatives from other ACC schools such as Boston College and Duke.

“Overall, I am super excited for the race because it’s a great opportunity to go out and show how much our program has progressed, competitively,” senior Shelly Sclater said. “Our goal is to go out there and perform at the standard we know we are capable of.”

The women’s club fours’ race will begin at approximately 12:27 p.m.