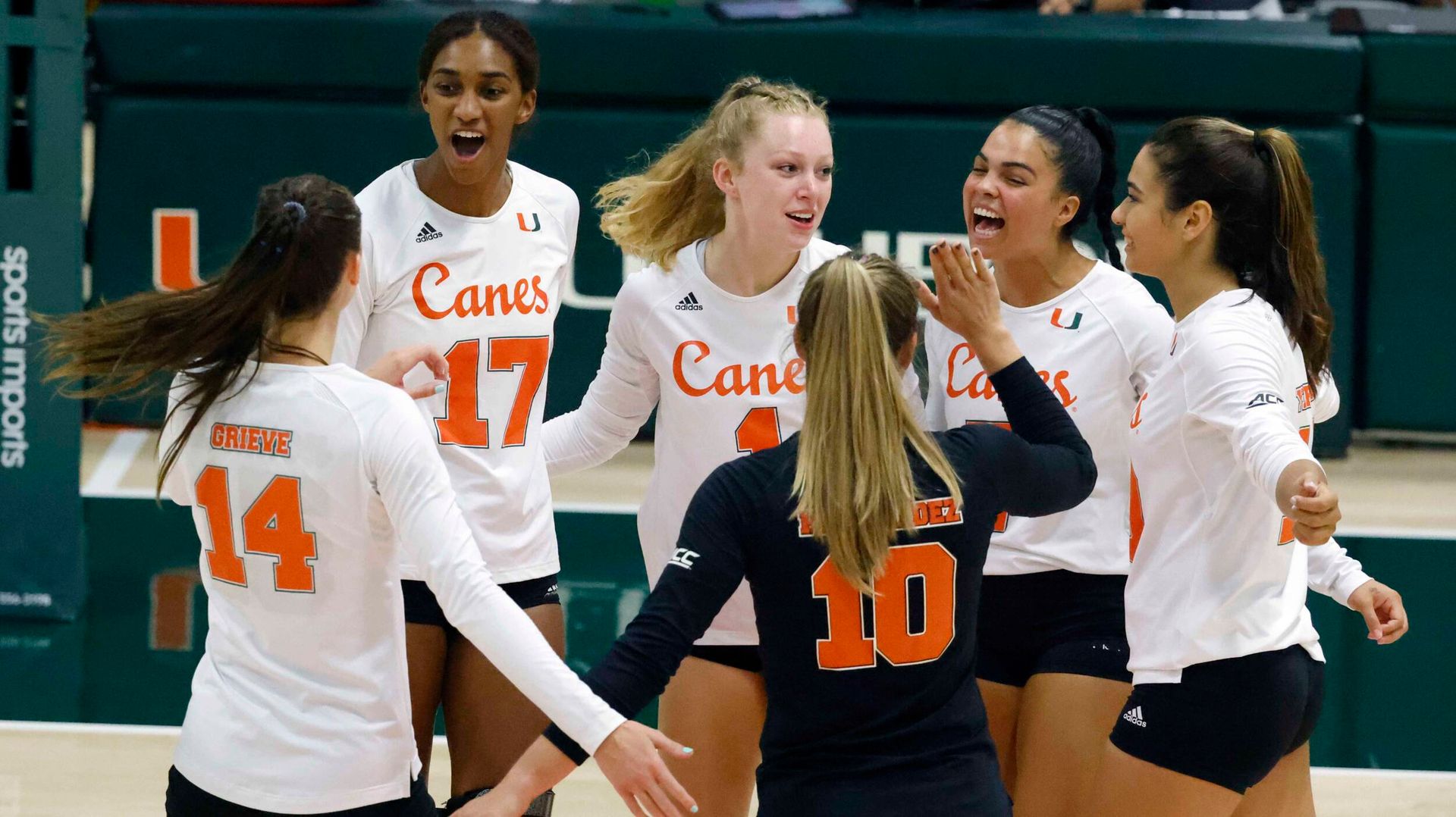 The Hurricanes stayed undefeated and posted its fifth sweep of the season by holding the Bobcats to a .208 hitting percentage at the Strahan Arena at the University Events Center. Miami (6-0) has now won 18 of the 19 sets it has played this season.

“Before the match, Texas State had a quick ceremony to honor its historic team from last season and it struck me, ‘This is going to be a battle,’” Miami head coach Jose “Keno” Gandara said. “So much credit goes to Sean [Huiet] and that program – they’re a perennial NCAA tournament team and the environment they have here is incredible. So, to sweep them on the road—and you do it having to play really well—is awesome.”

Gandara’s team held the Bobcats, who registered a 3-1 win over Alabama earlier in the day, to just a .186 hitting percentage in the first set, exactly 100 points below the Hurricanes’ mark.

Texas State once again struggled on the offensive end in set two, posting a .176 attacked clip, while Miami also turned in a strong defensive showing. The Bobcats, however, did reel off five straight points after the Hurricanes build a 16-10 lead.

After watching their six-point lead fall to one, the Hurricanes regrouped and closed out the set, 25-22, to take a 2-0 lead at the intermission.

The two sides seesawed the final four points, with the last one a kill by junior outside hitter/middle blocker Kennedy Prince to seal the set, 25-22, and clinch the match. Both sides posted their best attack percentage of the night in the third set, with Miami hitting .289 and Texas State notching a .278 clip.

Redshirt sophomore outside hitter Angela Grieve and junior middle blocker Janice Leao posted 13 kills apiece to co-led all players, alongside Texas State’s Jada Gardner. Leao’s baker’s dozen came on a dazzling .867 attack percentage, converting on all but two of her swings with no errors.

“We could point to a couple of people who were great, but how about Janice Leao?” Gandara remarked. “That’s as fine an attacking performance from the middle as I’ve ever seen. She’s still so young as a volleyball player, but I think we saw a glimpse of the world-class player she seems bound to become.”

The Hurricanes resume play Saturday at 12:30 p.m. with their second and final match of the Bobcat Invitational, a neutral-site showdown with Alabama.