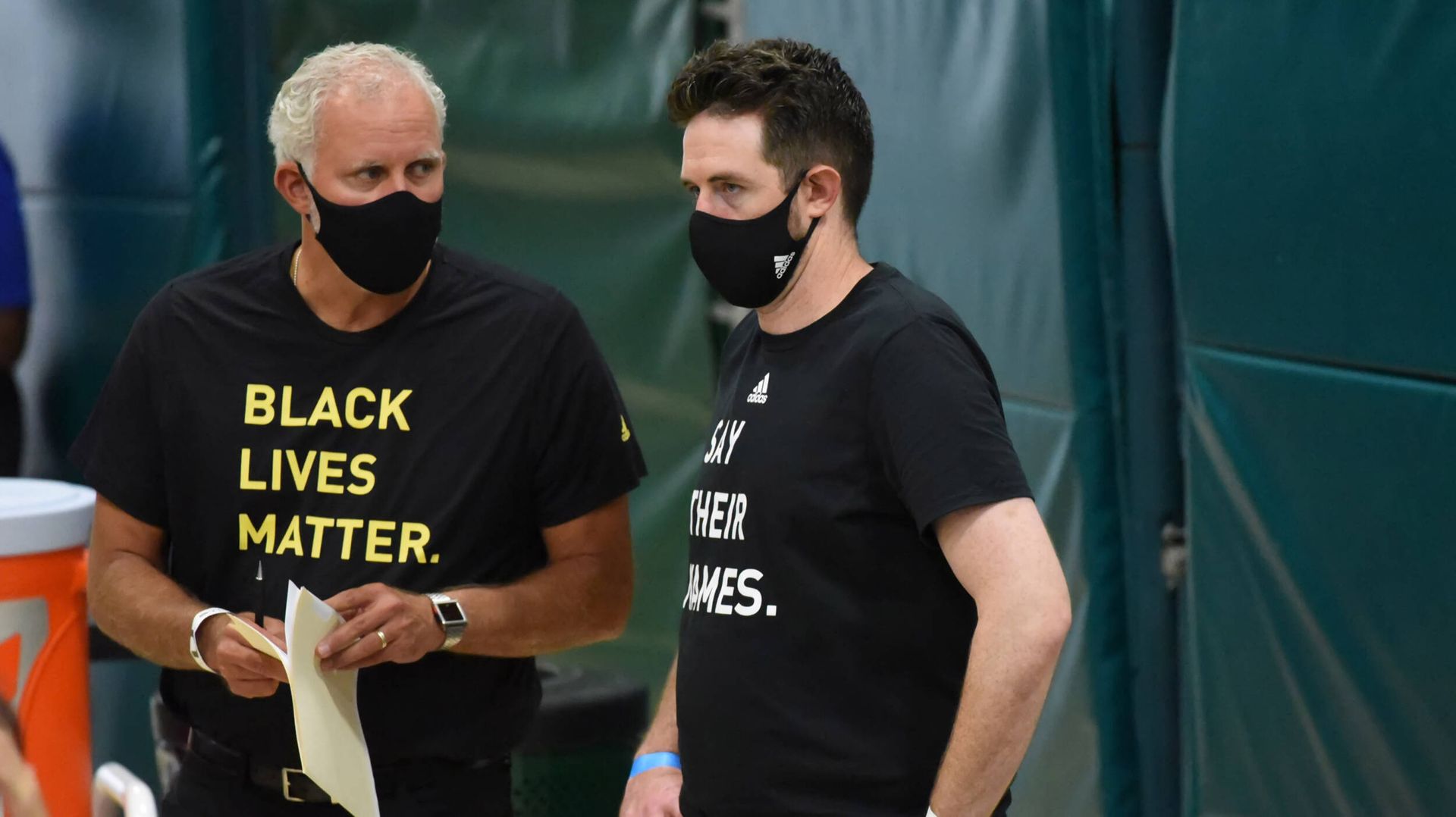 CORAL GABLES, Fla. – The wait was not as long as usual, but the arrival is sweet nonetheless.

The 2021 volleyball season is here for the University of Miami. Friday at 10:30 a.m., the Hurricanes begin play, just four-and-a-half months from the end of their unique spring season.

The team begins competition on a neutral court in Miami, as it will meet Tarleton State on FIU’s campus. Ninth-year head coach Jose “Keno” Gandara will then lead his team into action Saturday at 4 p.m. at FIU, before wrapping up the weekend by hosting UMBC Sunday at 3 p.m. in the home opener, a third match in as many days.

With a bevy of new faces up and down the roster, this will be the first chance for the Hurricanes to get a true feel for what they will look like as a group.

Associate head coach Kasey Crider does not know exactly what to expect from this batch of Hurricanes, but he cannot wait to find out.

“This season kind of feels like it’s the great unknown. We have nine new people out of 18 total. You just don’t know where you stand. I think, with that, comes a healthy dose of excitement,” Crider shared. “There’s this anticipation at the beginning of every season; it comes with hope and concern and all of that stuff. But I think, ultimately, we just don’t know yet. Especially coming off a year where things were so different and you have a bunch of teams returning players that they normally wouldn’t, including us—we just don’t know.

“And so, what we lean on,” Crider continued, “is just this awesome warmth of anticipation and excitement to get after it and to compete and to, ultimately, measure where we stand, both in relation to our standards and the opponents.” 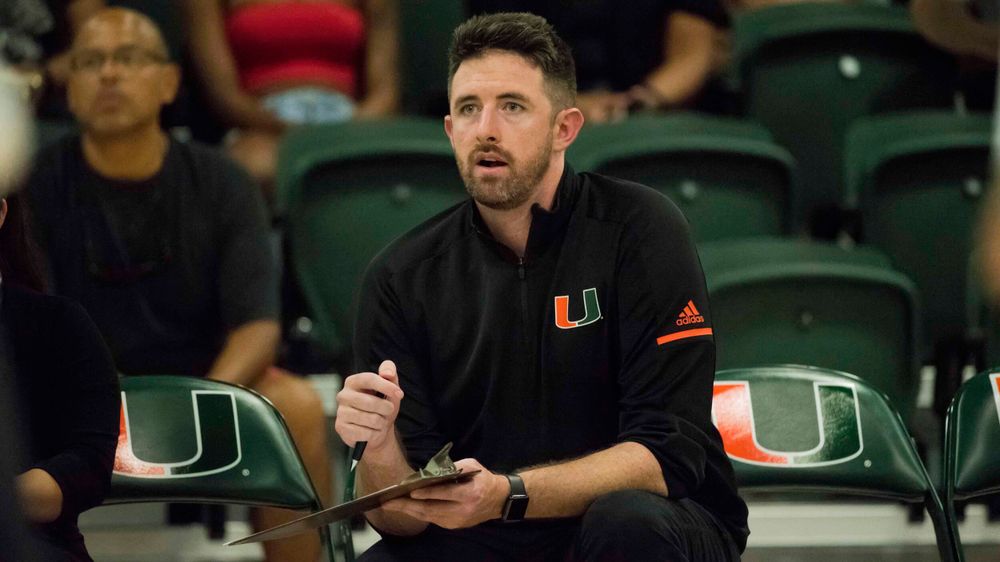 Of Miami’s nine newcomers, seven are freshmen and two are graduate transfers from Power Five schools. Those nine players hail from four countries and five states, including two from here in Florida.

There are three defensive specialists and three middle blockers, as well as a pair of outside hitters and one setter.

They bring a variety of skills and experience, as well as readiness for collegiate competition. All of them, though, need to be ready after so many roster changes.

There is one new player in particular, though, whom Crider feels is likely to have the most significant impact when the team takes the court from the jump.

“I think the one that you probably are going to hear the most about early on is Peyman Yardimci. She’s just played at a higher level than virtually any NCAA freshman in the country just by the nature of coming from Turkey and the system in Turkey and the way the leagues are set up over there,” Crider said. “She was just playing against former NCAA All-Americans in the league that she was in. There is certainly no other U.S. recruit who is doing that, at least on a consistent basis at all. She’s more comfortable playing with players who are older. She’s more comfortable playing with players that are from different cultures and stuff like that. So, I think that adjustment—while it’s hard for any freshman and it’s certainly hard to do it in a different country—I think she’s very equipped to handle that. She’s a really talented player, no question.”

Yardimci is not only bringing in a tremendous pedigree, but she has already begun to prove that her skills will translate to the collegiate level. 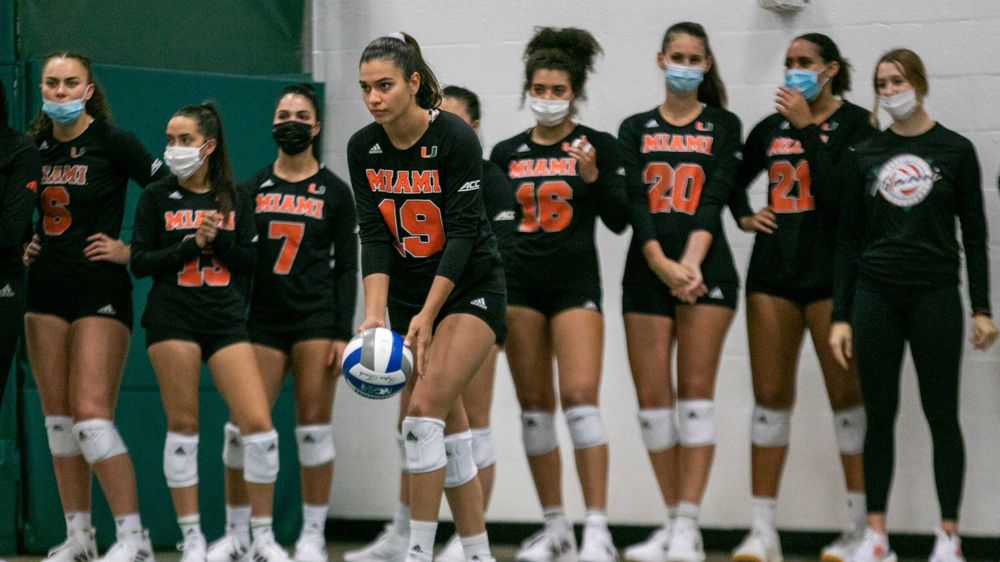 The Hurricanes have played a pair of matches—one an exhibition and the other an intra-squad scrimmage—with the 6-foot outside hitter shining in both.

“In the first two competitions that we’ve had so far—against Nova Southeastern and the Green & Orange Scrimmage—she was our leading scorer and she had the highest hitting efficiency,” Crider noted. “I would expect that to probably be a consistent theme, certainly early in the season and probably throughout the whole way.”

While Yardimci is the primary point of focus among the quality group of newcomers, she is far from the only one. In fact, Crider expects contributions from several other first-year Hurricanes.

There is one specific position where the seventh-year Hurricane coach feels a freshman could immediately make an impact on the court and he has his eyes on a pair of individuals to do just that.

Rosado, a 5-foot-8 native of Morovis, P.R., and Bissler, a 5-foot-9 native of Chardon, Ohio, were not the final players whom Crider mentioned, though.

There are a couple more first-year Hurricanes whom Miami’s veteran associate head coach feels could make their mark during the 2021 campaign.

For these two, it may be a bit longer of a wait to see exactly when and how they showcase their immense abilities. That, however, is simply because of the talent surrounding them on this superb Miami roster.

“There are two more that are battling for spots with players that are older and more experienced. They have really been pleasant surprises in how they’ve hung in there in those battles. [One of those is] Alanys Viera, the setter, who has this tall task of trying to compete with one of the best setters in our conference in Savannah [Vach],” Crider said. “And then the other one is Nyah Anderson, who got a little bit of a head start just because she enrolled early last semester. But, I think, for her, the biggest thing is, can she stay healthy? That’s a challenge for any freshman entering college. It’s the first time you’ve played this much volleyball. But if she can stay healthy, she’s got a lot of the tools that you want in a good outside hitter.”

The 5-foot-5 Viera, who hails from nearby Longwood, Fla., and the 6-foot Anderson from San Antonio, Texas, will, at the least, provide valuable depth during the opening weekend of the season.

While Gandara, Crider and the rest of the Miami staff will be looking to see which players—both returners and newcomers—can step up, they also simply want to see what their team will look like as a whole. Much is still to be determined.

While programs oftentimes have a general feel for how they play—and Miami certainly does—significant roster changes can impact that. For the 2021 Hurricanes, that is exactly the case, of course.

Thus, to Crider, the first weekend of the season will be an excellent opportunity to begin to get a feel for exactly what this edition of Miami volleyball will look like.

“I wish I could say that we’re looking at it like, ‘We’ve got to do what Miami does and we’ve got to play Miami volleyball.’ I think we’re still very much in the thick of figuring out what that means,” Crider shared. “What does Miami volleyball look like? When you turn over half your roster, you have to kind of reestablish your identity. It may be the same one, but you still got to work towards it—and may be completely different. I think those are questions that have not been answered yet.

“When I look at our schedule, we’re excited to play some competitive teams, but I also think there’s going to ample opportunity—including this weekend—to try stuff, mostly to get answers,” Crider added. “What does our offense look like? What does our defense look like? Ultimately, what does our lineup look like? Who can do what? And so, I would be very surprised if you saw the same lineup in all the sets in three matches, mostly because we’re looking for answers. And I don’t mean that in a bad way.” 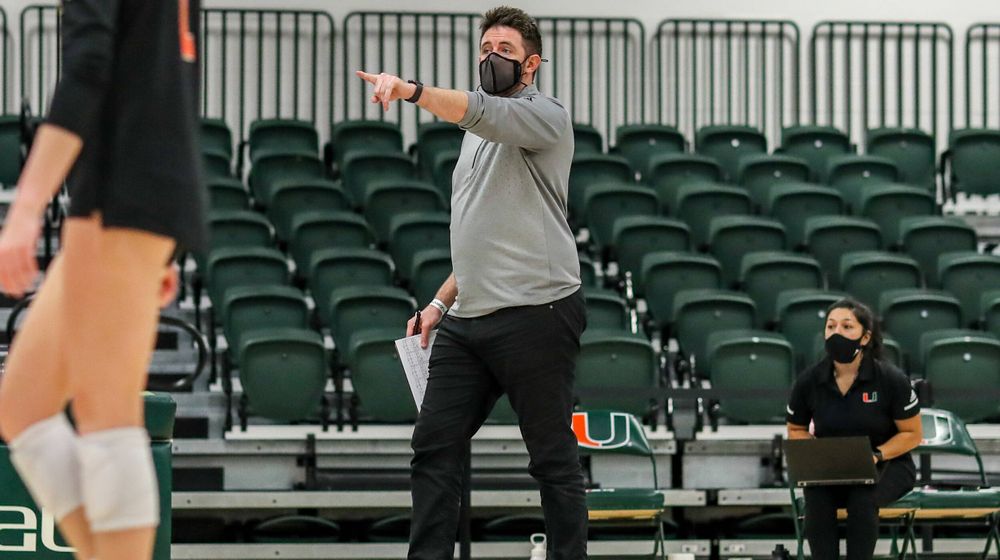 Those answers will first start to come Friday morning against the Texans. Live stats for that match, as well as the one the following day versus the Panthers, can be found HERE. Saturday’s match will also be streamed on CUSA.tv and can be seen HERE for a fee.

When the Hurricanes cap the weekend Sunday against the Retrievers, action will be televised live on ACC Network Extra HERE, with live stats available HERE.