An Overseas Season For the Books

CORAL GABLES, Fla. – Over the past eight months, seven University of Miami women’s basketball alumni have been dominating the hardwood overseas across several professional basketball leagues.

But, like the rest of the world, their work was directly impacted by the COVID-19 pandemic.

“We were very isolated this season,” forward Emese Hof said. “We didn’t have fans the majority of the season and could barely have any friends or family visit from home.” 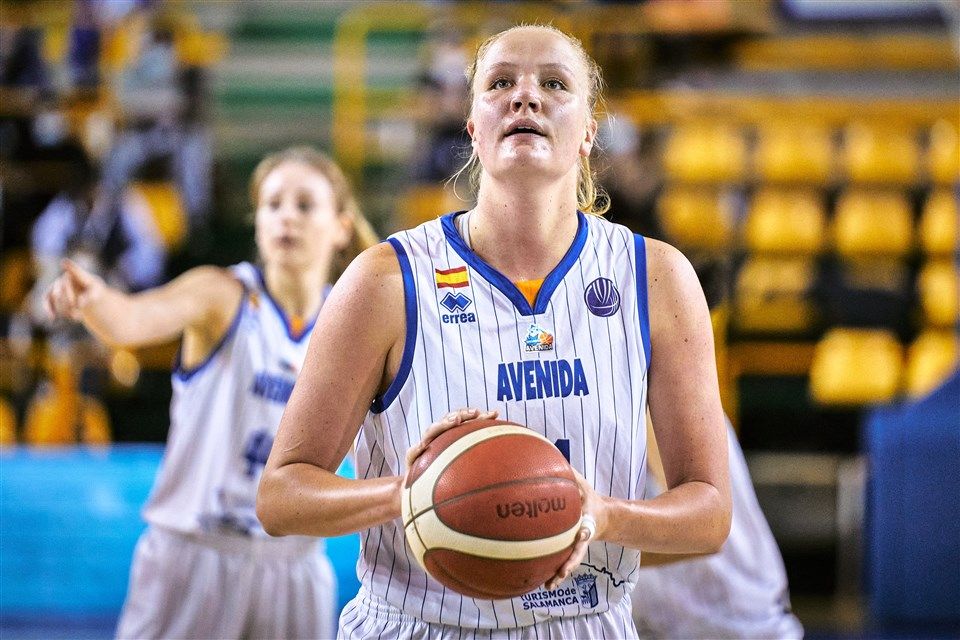 The forward is averaging 7.9 points and 4.7 rebounds this season, while shooting 55.6 percent from the field. For Hof, the highlight of the season came when Avenida streaked their way through the playoffs for a chance at the EuroLeague Women’s title.

“Playing the EuroLeague final was very surreal and absolutely amazing,” Hof said. “When we won our semifinal game, it was great to see the joy of the team over what we had accomplished.”

Hof was not the only Cane on the EuroLeague circuit this year as 2017 graduate Jessica Thomas competed for TTT Riga during the 2020-21 season.

“This season is one for the books and one to remember because of COVID and everything that happened,” Thomas said. “My main focus coming into the season was to try and be more consistent as a professional. I wanted to be a leader and consistently come to work with the right mindset.”

The 2020-21 season was special for Thomas in that she got to play in the EuroLeague, against some of the best women’s basketball players in the world.

“At one time, I am on the floor with Brittney Griner, Breanna Stewart, Courtney Vandersloot, Allie Quigley and Jonquel Jones,” Thomas said. “It was a great experience because, as a young girl or even in college, you hear about all these big names. Playing against these women was a great opportunity and I really felt like I belonged with the best.” 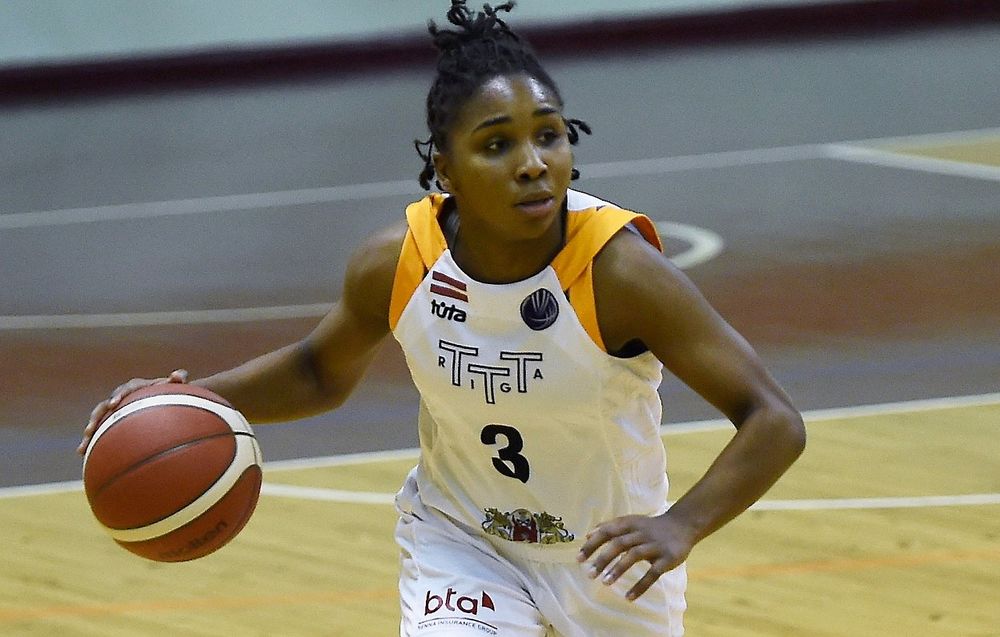 It was an up and down season for Thomas, who sometimes struggled on the basketball court, but she continued to grind and preserve, something she learned to do while at Miami.

“There was a point in the season when my shooting percentages weren’t high and I remember talking to my best friend and my mom thinking, ‘What am I doing? Is this where I am supposed to be?’” Thomas said. “Sometimes you just have to ride the wave. Mentally it is important as a player to just adjust and adapt. If you’re not shooting well, you can still ‘Okay, get to the rim or to the free throw line. Sometimes, it’s just your teammate’s time and you have to support them, be positive about it and keep pushing. You have to know that your time is going to come.”

Thomas’ time came in the Baltic Basketball League (BBL) championship game when she dropped 34 points on 10-of-16 shooting to lead all scorers in the game. She added six rebounds and four assists to her stat line and shot 4-of-6 from 3-point range, highlighting her best game of the season.

TTT Riga was named BBL champions and Thomas earned most valuable player honors following her outstanding performance. After the long hours in the gym and the isolation due to the COVID-19 pandemic, taking home the title meant the world to Thomas.

“Winning that championship and going out the way that I did, made it feel like it was all worth it,” Thomas said. Like, I couldn’t ask for a better ending. It was the cherry on top after everything we went through as a team. Through the ups and downs, I learned a lot about myself and who I am as a woman this season, and I think that I can take more away from that than just the success and accolades from the game of basketball.” 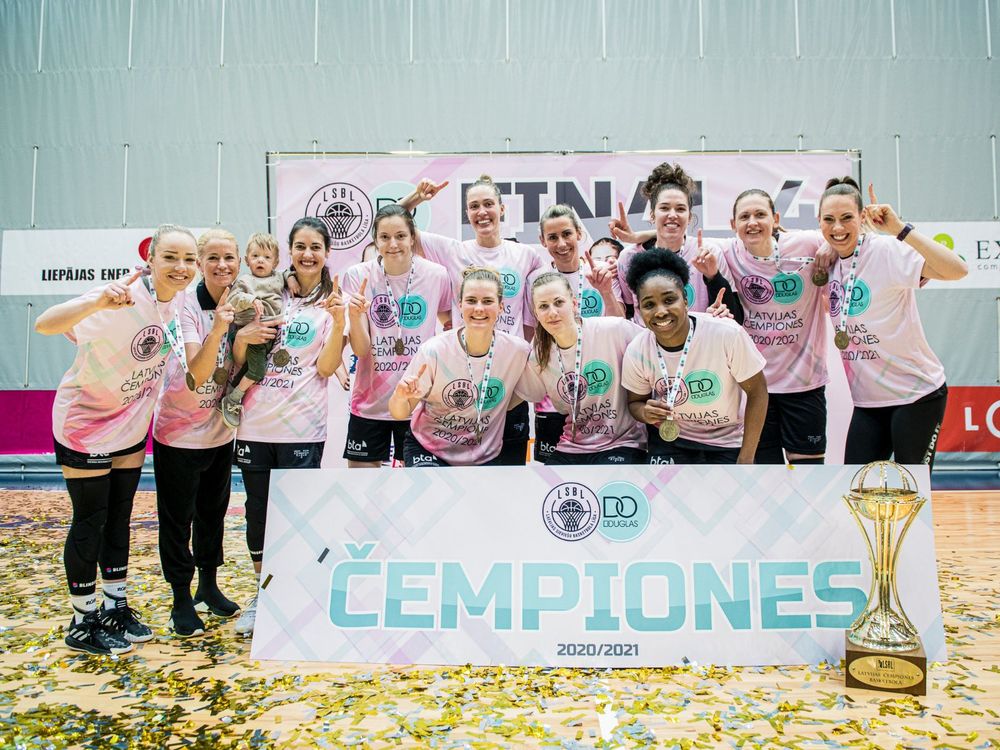 Alongside Hof, 2019 graduate Laura Cornelius also competed in the Spanish Liga Dia with Lointek Gernika Bizkaia. In 31 Liga Dia games, Cornelius averaged 6.4 points, 2.5 rebounds and 2.0 assists. She shot 37.8 percent from 3-point range and a team-best 92.3 percent from the charity stripe.

A trio of Canes played for EuroCup teams this season, including recent Miami graduate Beatrice Mompremier (’20). Mompremier spent her first overseas season with Uni Gyor Mely, helping her team to a second-place finish in the Hungary A Division.

Mompremier led her team in both scoring (17.0) and rebounding (11.7) in Hungary games, while also averaging 18.0 points and 10.3 rebounds in EuroCup competitions. The forward scored in double-figures in 27 of 28 games and tallied 14 double-doubles. Her best outing came in her second professional overseas game when she totaled 27 points and 18 rebounds in 30 minutes of action.

Forward Keyona Hayes squared off with Mompremier a few times during the 2020-21 season as Hayes played for Aluinvent Dvtk Miskolc in the Hungary A Division. Hayes had a standout season, recording 22.1 points and 9.7 rebounds per game for Miskolc. She is the only Cane to average 20 points per game overseas this season and led Miskolc in both scoring and rebounding.

Miskolc finished the 2020-21 season in fourth place in the A Division, posting a 13-9 record and falling to Uni Gyor in the Finals on April 10 and 14.

An overseas veteran, Williams suited up for OGM Orman Genclik Ankara during the 2020-21 season. The guard paced Ormanspor in scoring at 18.8 points per game, in addition to tallying 6.1 rebounds and 3.9 assists per contest.

Following her year as coordinator of player development with the Canes, Shenise Johnson joined Hapoel Petah Tikva in Israel to close out her professional overseas career. In seven games with Petah Tikva, Johnson tallied 15.3 points and 9.1 rebounds, while dishing 4.4 assists per game.