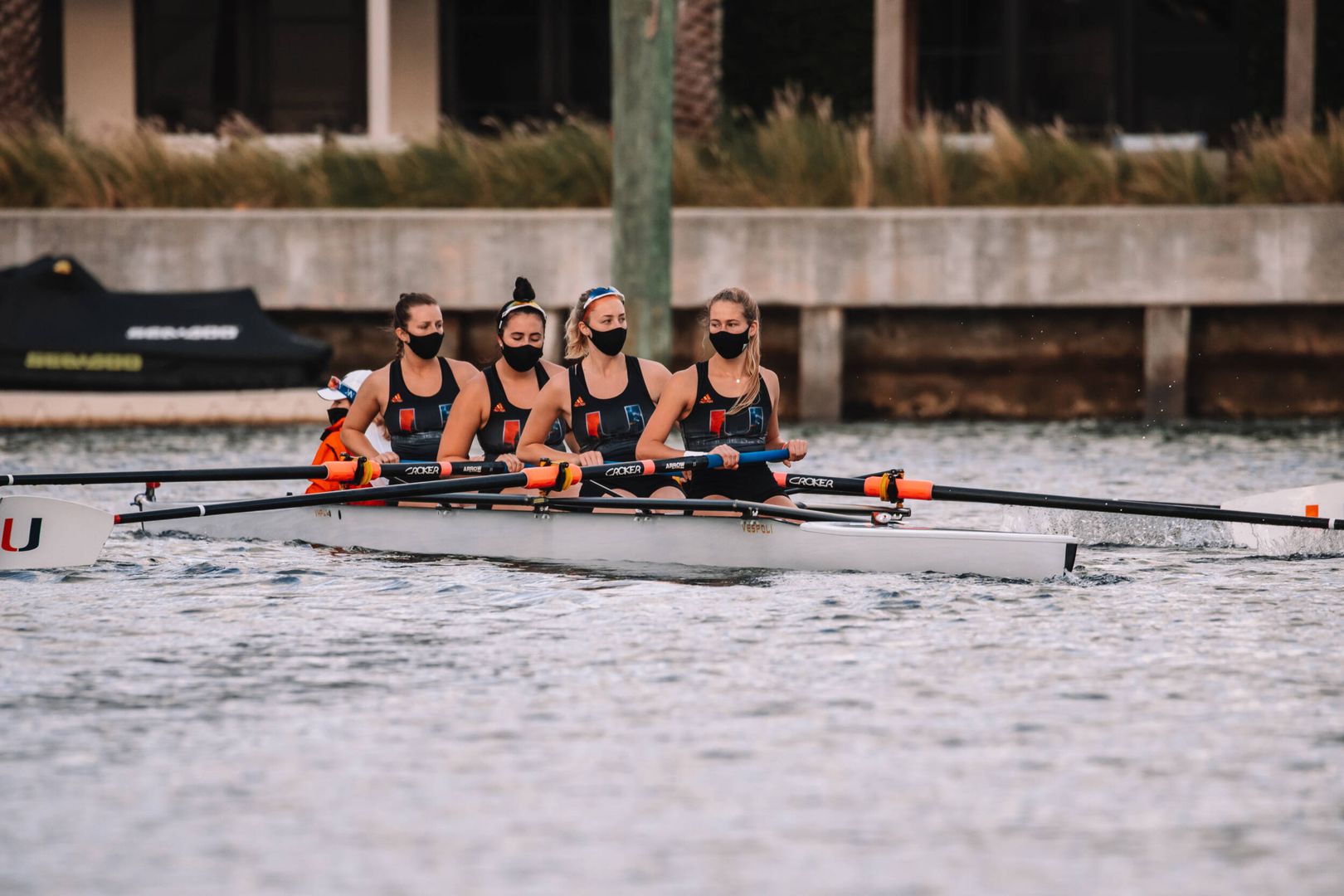 DELAND, Fla. – The University of Miami rowing team started the 2021 season strong on Friday, winning four of its five races against Stetson and Jacksonville at the Sandra Stetson Aquatic Center in Deland, Fla.

“It was really great to get the season started and there is a certain amount of victory in that,” head coach Dave Sanderson said. “But winning four of your five events is really a great start to the season. Stetson was a gracious host and set up an excellent regatta, especially considering the extra work that is necessary due to COVID-10 protocols.”

The Canes’ afternoon was highlighted by a dominant performance by the 1v4 boat (8:10.94), who finished a full 23 seconds ahead of second-place Jacksonville. The 2v4 clinched the varsity four sweep for Miami, finishing the 2,000-meter race in a time of 8:18.69.

“We work on all of the parts of a race in practice and, every once in a while, we have an actual race in practice,” Sanderson said. “But nothing replicates a competition against other boats, especially at a different location. Having a race under our belt is important for the rest of our season.”

Miami posted a strong showing in the varsity eight event with the 2v8 and the 3v8 claiming first place finishes. The 2v8 had the best time of the day for the Canes at 7:07.60. Miami’s 1v8 closed out the afternoon with a third place finish (7:11.97), eight seconds behind the first-place Stetson boat.

“I know the 1v8 is disappointed in their result,” Sanderson said. “But they were tenacious throughout the race and they stayed in it.”

The Canes are back on the water next weekend (April 2-3) at the Sunshine State Invite in Sarasota, Fla. Opposing teams include Jacksonville, Central Florida and Clemson, among others.