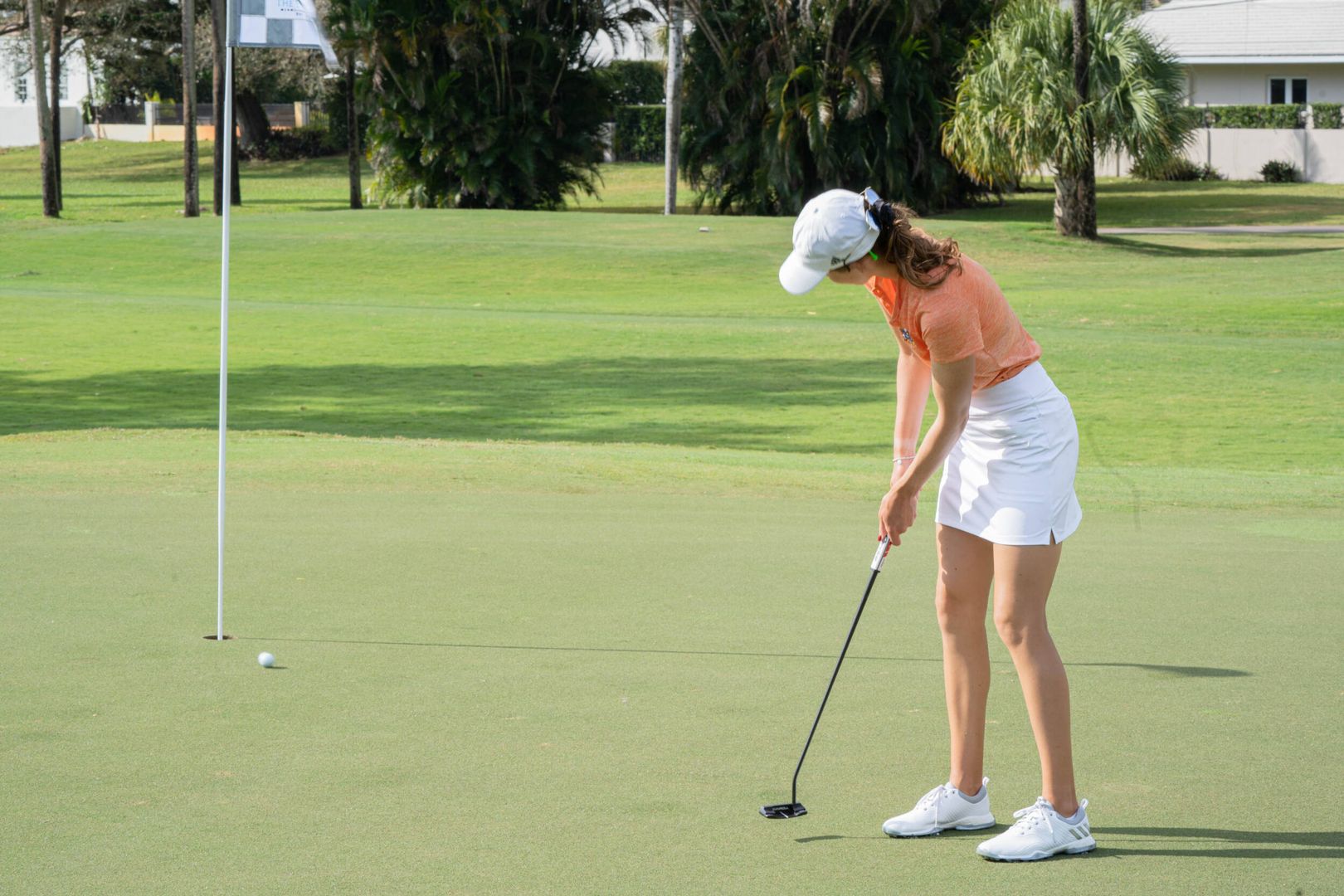 Golf Sits in Third at the Briar’s Creek Invitational

JOHN’S ISLAND, S.C. –  Through 18 holes at the Briar’s Creek Invitational, the University of Miami golf program sits in third, four strokes behind tournament host and leader, College of Charleston.

The Hurricanes capped the opening round of competition scoring 13-over-par at the par 72, 6,110-yard Golf Club at Briar’s Creek.

Tournament play was later suspended on Monday halfway through the second round due to darkness. Action will resume Tuesday morning at 8:30 a.m. and will continue through the final round.

Leading the way for the Hurricanes was freshman Nataliya Guseva, who wrapped up first round action tied for third at even-par. Just one stroke back on the leaders, Guseva got off to a blazing start after she carded her second career eagle on the par 5, 440-yard seventh hole.

The Moscow native added a trio of birdies on the day, as she looks to secure her second-consecutive top-five finish.

Making her 2021 debut, Anna Backman finished three-over, 75 through the first 18 and entered the second round tied for 14th.

Following closely behind, Renate Grimstad and Kristyna Frydlova shot five-over-par and sat in a tie for 27th.

Rounding out the Hurricanes lineup, Sara Byrne capped the round at eight-over-par and tied for 51st.